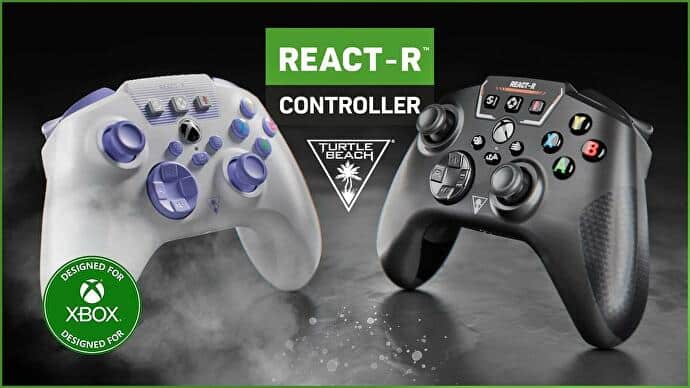 The new controller will be released in August and can be pre-ordered now at an RRP of €44.99, approximately here at Amazon.de.

This is what the REACT-R offers

Of course, the controller also works with the PC and you can connect any wired headset to it via a 3.5 mm headset. You benefit from Turtle Beach’s Superhuman Hearing sound setting.

This should make you hear steps from approaching opponents and other things better, which gives you advantages when playing.

There are also controls for game and chat volume, mute and textured grips and triggers, which should make the controller feel good in your hand. Vibrations are present as well as two programmable quick access buttons on the back.

New color for the Recon

Meanwhile, the already available Recon controller has been given a new color variant.

The Arctic Camo version of the Recon Controller will be released on August 10, 2022 and can already be pre-ordered.