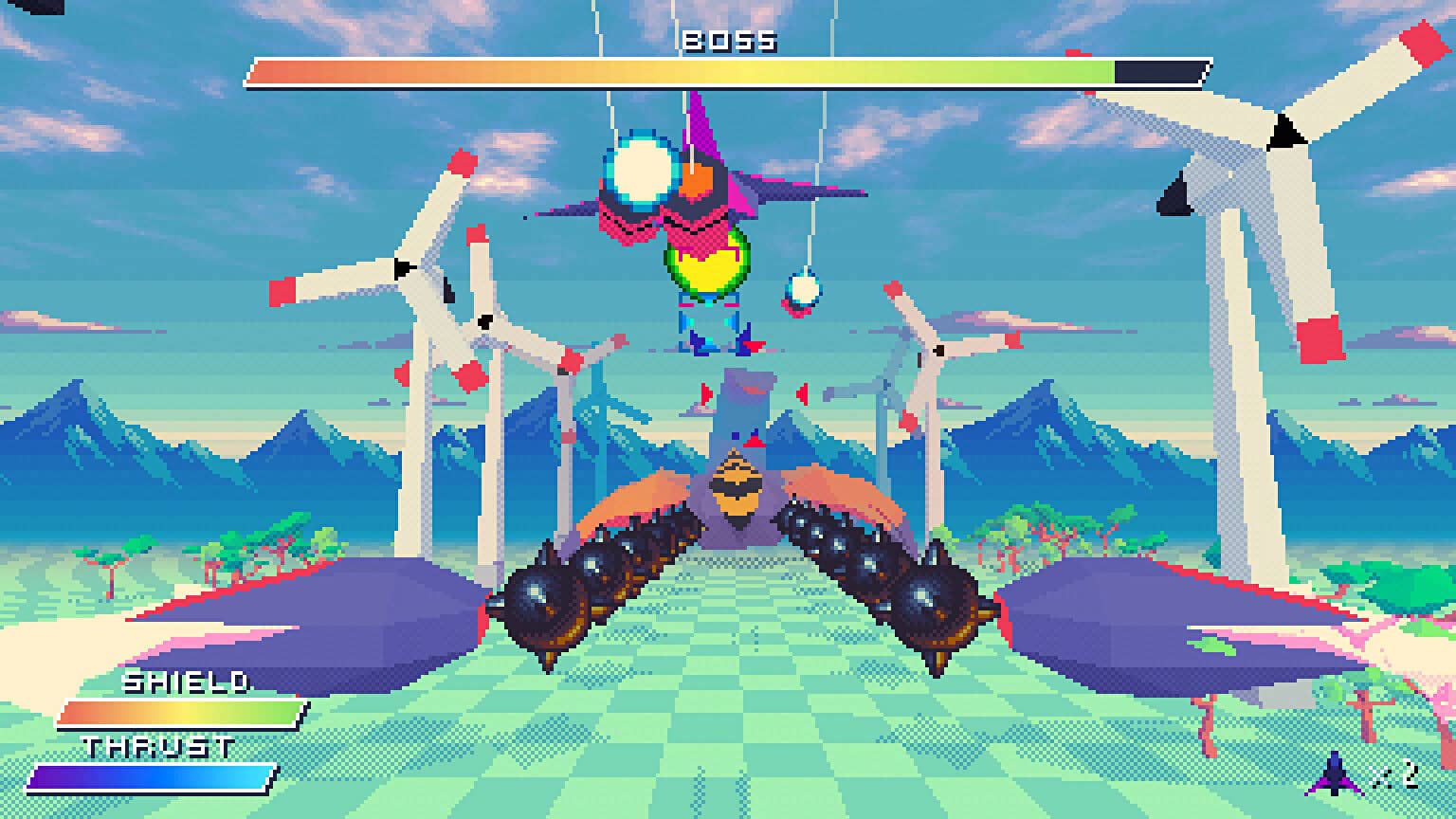 Last year, the demo for Ex-Zodiac offered a sugar rush of Star Fox-inspired checkboard floors, glowing weak spots, and hibber-jibber radio chatter. Now Ex-Zodiac has entered early access, and it looks like it’s got more going on than straight homage. Fox McCloud never rode a motorbike, for one.

While riding a hoverbike through a future city looks extremely cool, it’s still undeniably Star Fox-inspired, including the stomping mech robots whose weak spots you’re shooting from the back of that hoverbike. Also, I was around seven years old when I played Star Fox, so let’s not pretend I ever got past the third level. Maybe Fox did ride a bike.

Last year’s demo offered a couple of stages to play, with fun boss fights at the end of each. This early access release now has six stages and six shorter bonus stages. The Ex Zodiac Steam page says the game will remain in early access for around a year, and will have 12 stages with branching paths and secret areas by the time the game is done. The developers also hope to use player feedback to steer them when it comes to difficulty balancing. (I bet I’d find it too hard.)

Sadly the demo is no longer available, but if you fancy flying a polygonal ship and blowing up robots,Ex-Zodiac currently costs £8/€9/$10. It’ll increase to $15 when it reaches its final form in 2023.