Stray: All memories for gold trophy I remember! in the overview 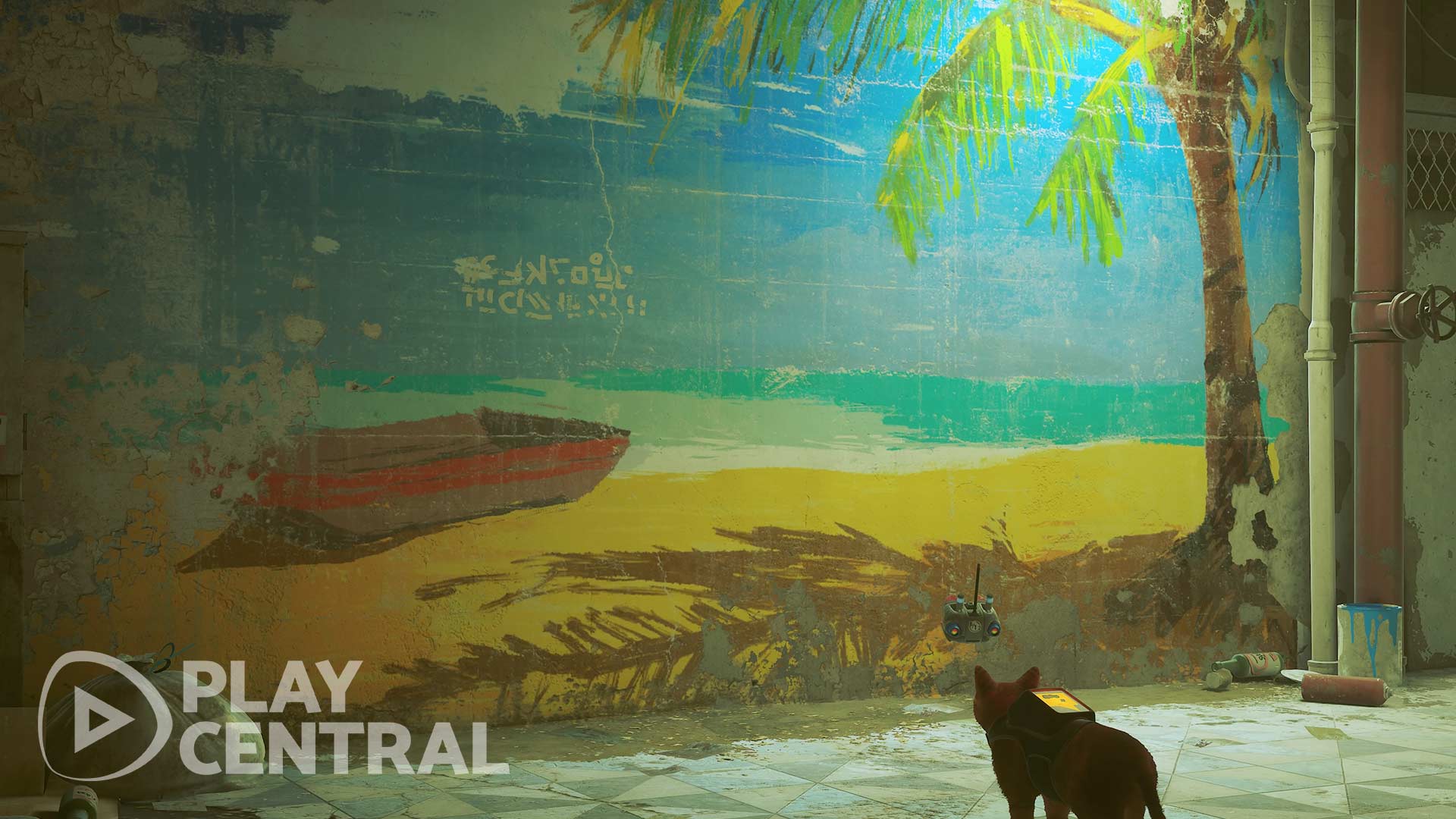 The largest and most complex collecting task in the cat adventure Stray consists next to the eight sheets of music in search of all the memories for Drone Buddy B-12. Each find will help your little friend remember his past. In addition, the scraps of memory provide important background information that explains what exactly happened in the world.

while some memories are placed very obviously and are discovered by you as you walk by or even activated automatically as part of the story, others are pretty well hidden.

All Memories: What is the reward?

do you have all 27 memoryen tracked down and unlocked, you get on PS4 and PS5 the gold trophy I remember!.

In the following we list all the memories that you have in the respective Chapter can unlock.

Inside the Wall – Memories (0)

There are no memories to discover in this chapter.

There are no memories to discover in this chapter.

The Apartment (1/27): You will automatically pick up the first memory when you enter Chapter 3 – The apartment the great Mural with the beach motif reached after leaving the apartment via the zipline.

The Slums (2/27): If your back is to the guard, climb right up to the top of the wall on the left with the empty vending machine. Once you have reached the red roof with the circular arrow, you will see a robot lying next to a stack of suitcases behind it. Here you can find them second reminder.

The Slums (3/27): The third memory you get at Trader Azooz, which is to the right of the Guardian. However, he demands in return three energy drinks. A total of four vending machines are distributed in this level. We’ll show you where to find them in our guide.

The Slums (4/27): The next memory can be found in the duffer bar. Run to the first floor and jump onto the round wooden table with the bowl on it. Press the square button to unlock the memory.

The Slums (5/27): To the fifth memory to unlock, you have to Momo’s apartment visit. This is located above the two robots throwing buckets of paint at each other. Climb up the vents in the wall below the balcony and jump through the open window. Run through the beaded curtain and look at the poster that says back home on.

The Slums (6/27): Near the alley where you The slums entered, you will find a vending machine. Directly to the right is a graffiti (RIP Humans) on the wall. Memorize this memory to unlock it.

The Slums (7/27): If you stand in front of the guard, run left into the street with the musician. Climb left over the green dumpster to a ledge with a drawing of a robot on the wall.

The Slums (8/27): The last memory in the slums is in Elliot’s apartment. Run down the stairs at the guard, past the bar and then scratch the door on the right Elliot’s programming. Once the door is opened, run to the first floor and then turn left immediately. Here are plants and the seventh memory within the fourth chapter.

The Rooftops (9/27): After passing the second group of Zurks, jump over a small gap and you’ll find yourself in front of a large, flickering neon sign.

The Rooftops (10/27)Mission: Once you’ve used a rolling barrel to crush some zurks and open the gate, run left to find another shield.

The roofs (11/27): You will automatically receive the final memory of B-12 once you reach the end of this chapter.

In this chapter you will find the same reminders as in chapter 4, so if you missed some, you can catch up on them here.

dead end (12/27): After her that Outworlder Badge and start the new chapter, turn left and inspect the large rolling gate in front of you before sliding down the ramp.

dead end (13/27): After you have experienced a short but explosive ride with the shopping cart and climbed over the pipes, go straight into the short alley and there through the gap under the fence. Visit this area before climbing the nearby fence or you won’t be able to come back.

dead end (14/27): If you doctor hit, take a closer look at the figure with the bucket and the smiley on it. This unlocks the final memory in the Dead End chapter.

The Sewers (15/27): As soon as Momo has opened the big gate for you, you will enter a corridor. Follow this until a path turns left from the main path. There are numerous Zurk nests in it. Destroy them and their inhabitants and then climb into the large pipe on the left. Follow this to the end and you can scan the sewers.

The Sewers (16/27)Mission: After making your way through the heavily infested area, drop onto a pipe. But don’t go to the right yet, but jump to the left and then from a barrel into a large pipe. This will bring you to a secret area and another memory related to the strange substance scattered throughout the sewers.

Ant village (17/27): You will automatically unlock this memory at the beginning of this chapter.

Ant Village (18/27): After her with Zbaltazar After talking, climb back down to the bottom level and scan the wall to the right of the couch where a robot is watching TV.

City Center (19/27): You will get the first memory of B-12 automatically at the beginning of the chapter when you pass the subway.

City Center (20/27): Run through the train to get to the other side of the track. Now it’s up the escalators. When you get to the top, turn right into the small library area. Here you get the next memory from B-12.

City Center (21/27)Mission: This memory is quite difficult to find unless you look for it carefully. After the snack bar and before you get to the center, you have to turn right into the alley where Albert sweeps the floor. Here you can climb up a green dumpster to a yellow neon sign. Beyond is an area with numerous rugs and cushions. You can unlock the reminder here.

City Center (22/27): Now go to the center of town and jump into the Barber Shop. There is a false ceiling by the ladder here that you can jump into. Inside is another memory of B-12.

City Center (23/27): Also right in the center next to the big hologram you go to the snack bar Mattbee’s Food. Jump onto the counter and from there into the false ceiling. Here is another memory that I want you to unlock.

City Center (24/27): After stealing the battery, you will enter the security room next to the large hologram. Here you can scan the image of a Sentinel on the wall.

City Center (25/27)Mission: In the nightclub, jump into the dumbwaiter behind the counter by the sink and let it take you down to the storage area. In the center of the room is a round wooden table that holds the last memory for this chapter.

Prison (26/27): After locking the Sentinel in the cell in the prison and going through the gate, you will see the penultimate B-12 memory on the right side by the restarted robot.

Control room (27/27): The last memory for B-12 will be automatically given to you as soon as you enter the control room.