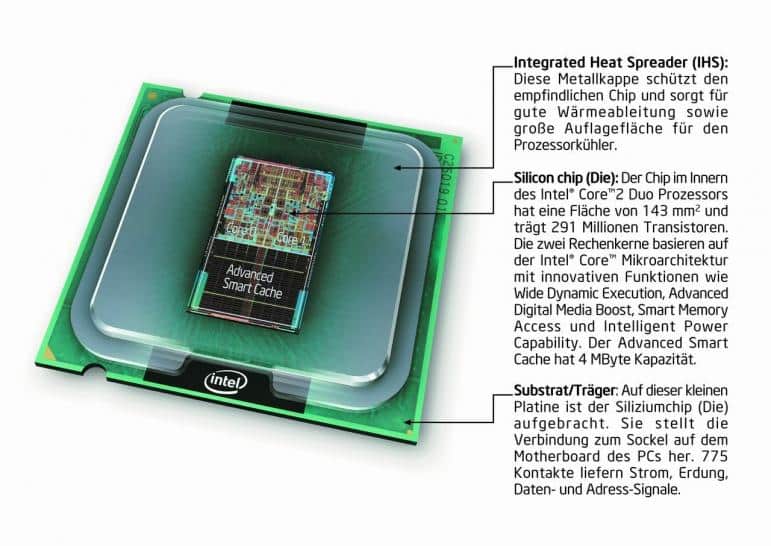 07/27/2022 at 00:01
from Henner Schroeder etc –
Today, in 2006, Intel presented what it considers to be the “best processor in the world” with the Core 2 Duo and Core 2 Extreme series. PC Games Hardware says: Congratulations!

In the summer of 2006, a bomb exploded: the new chip generation from Intel turned out to be a fundamentally new design with enormous impact. The first processors based on this “core” architecture calculate up to 30 percent faster than Athlon X2 CPUs with the same clock speed. The core architecture proves to be extremely efficient, the performance values ​​are outstanding, the heat development is moderate because of the Pentium M roots and the economy modes. the from Intel pithy CPUs dubbed “the best processors in the world” meet the expectations of fans and retailers when the first copies are available in mid-August.

The circumstances of the first test by PC Games Hardware in the print edition 08/2006 are curious. Before the official launch on July 27, 2006, various dark men are offering a 2.4 GHz fast model from the Core 2 series on Ebay, the Core 2 Duo E6600. PC Games Hardware grabs the E6700 (2.67 GHz) and publishes the first test in the magazine. The CPUs with the Conroe core do everything right, and the official test in the subsequent 09/2006 issue also shows Intel’s dominance, which is temporarily extended with the expensive Core 2 Extreme X6800.

At the end of 2006, just a few months after the launch of the Core 2 Duo, the first desktop processor with four cores appeared: the Core 2 Quad, initially as an “Extreme” model. Instead of designing a new chip with four cores, Intel simply put two dual cores on a piece of silicon and networked them. Despite this inelegant design, the processors set new records.

PC Games Hardware accompanied the Core 2 series online with tuning tips, among other things. If you are interested in Intel CPUs, we recommend the history of the main Intel CPUs. The most important CPUs from AMD are also available from PC Games Hardware.