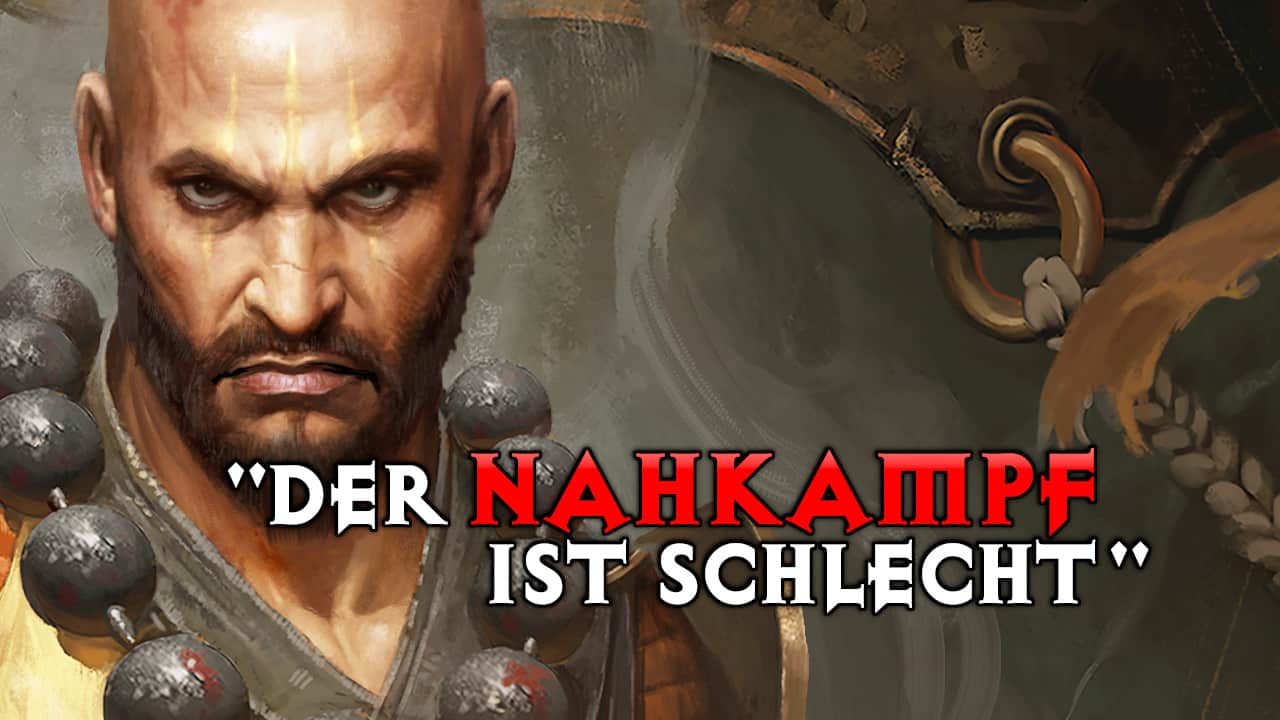 With the July 20 update, you can now take advantage of the class change in Diablo Immortal. One of the game’s biggest YouTubers has tried out the new feature, but is already certain: he won’t be playing the new class for more than a week.

Who is the YouTuber? DM: Diablo Immortal (short for: “DarthMicrotransaction”) is one of the biggest content creators for Blizzard’s new game on YouTube at the moment. His channel has grown since the release, and he now has over 50,000 subscribers, many of them through Diablo Immortal.

His videos regularly reach tens of thousands of views, the most of any channel that regularly brings content to Diablo Immortal. He shows guides, information and tips – for example, that you are probably all farming wrong.

The YouTuber is also an extremely good player who convinces with his skills even in PvP. For example, he showed a crazy necromancer build with no damage, which is simply intended to annoy opponents – and thus dominate.

Class change has been available in Diablo Immortal since update 1.5.2 on June 20th. DM took a look at the feature and traded in his beloved Necromancer for a Monk he thought would be fun. But things turned out differently.

In our guide you will find all information about the class change in Diablo Immortal. In the video we show you where you can change your class:

This is what DM says about its new class: His video summing up the new class is titled, “I made a terrible mistake.” He explains in the video:

I may have made the worst choice ever. The Necromancer is 1000% better than the Monk. What was I thinking?!

Although he means that with a certain tongue in cheek, he is certain that he will play the monk “for a week at most”. He shows scenes of him dying repeatedly in PvP or narrowly completing a challenge portal with less than 5 seconds on the clock.

In his video you can see that he is ranked 3rd among the best monks on the server and yet he sees the great weaknesses of the class. However, these are not only due to the monk himself, but to melee fighters in general.

We’ve included the full video for you here:

“It’s not the classes that are bad, it’s the melee itself”

What’s the problem with melee combat? Unlike ranged fighters, melee fighters rely on being close to opponents. They are often surrounded and can no longer move without special skills.

DM explains that he has to keep his distance at all times and can only attack if he has certain skills ready that can stun enemies in order to then deal some damage. Then he had to flee again and wait.

According to the DM, melee fighters would have to wait for their skills, shoot them out and then wait again, while ranged fighters could just continue firing with their primary skills.

The monk is “fun” with his agile play style, but melee fighters generally have this problem. In the video you can see him struggling to even complete the challenge portal. He even switches skills in the middle of the boss fight.

See also  2061 will be a problematic year for Animal Crossing: New Horizons and your island

On our Tier List for Diablo Immortal, the Monk is at the bottom of the list and there he can be found on many tier lists. In the video we show you gameplay for all classes of the game:

Does this apply to everyone? DM plays at an extraordinarily high level, already above Paragon 116 and still plays against enemies that require a higher combat rating. That means: Even for his skill level, the opponents are still “too strong” and he still defeats them.

As can be seen in the video, he is already playing in Hell 3. Most players are still stuck in Hell 2. At this level, it’s all about playing near perfection and getting the most out of the character.

For the majority of players, the difference between melee and ranged fighters shouldn’t matter much and it’s advisable to play what you enjoy. However, performance-oriented players like to look to what the pros say is the best at the moment.

However, the difference in class strength affects how well you progress. And that is exactly what is currently causing major problems in the game in general: