World Of Warcraft: Wrath Of The Lich King Classic is out September 26th 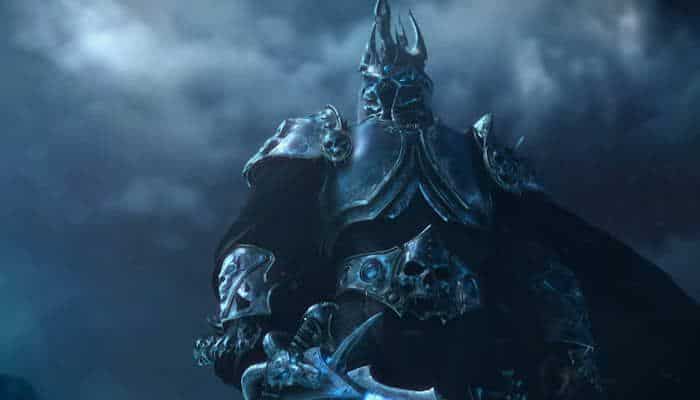 It’s not just Stranger Things that gets to star undead wizards this year. World Of Warcraft: Wrath Of The Lich King Classic releases on September 26th, Blizzard have revealed. Take a nostalgic trip back to Northrend to tackle the evil Lich King, Arthas Menethil, and check out what’s changed since the original. Watch the trailer below to refresh your memory from all the way back in 2008.

Thought I was watching the final season of Game Of Thrones there for a second. Blizzard are promising improvements to the classic WOW expansion, although they say it’ll still “thrill” people who played it the first time around too. World Of Warcraft’s first hero class, the Death Knight, is back, but won’t need to meet the traditional level 55 requirement the first time a player creates one on a server.

There’s also a new profession called Inscription, the addition of achievements for fun and rewards, and the revival of the Naxxramas raid, which has been shrunk from its original 40 player count to either 10 or 25 players. To prepare for Wrath Of The Lich King Classic, there’s currently a 50% experience buff for Burning Crusade Classic players that runs until September 26th too. The buff can be turned on or off by visiting any innkeeper in a capital city.

Wrath Of The Lich King Classic was revealed back in April along with modern World Of Warcraft’s next expansion, Dragonflight. Blizzard updated the Battle.net store page for Dragonflight in June, which put the Lich King expansion’s release date as before the end of this year. They announced the acquisition of Spellbreak studio Proletariat not long after that. Proletariat have quit working on Spellbreak to concentrate on further World Of Warcraft expansions.

Activision Blizzard are still contending with legal challenges and reports alleging an environment of discrimination and harassment for workers. This is all while Microsoft are acquiring the company for $69 billion (£57.5 billion). Blizzard Entertainment head Mike Ybarra expressed commitment to fostering change earlier this year, but Actvision Blizzard have still seen staff walkouts over ongoing welfare concerns.

Wrath Of The Lich King Classic is out September 26th for anyone with a World Of Warcraft subscription costing £10/$15 per month. You can download it from Battle.net.