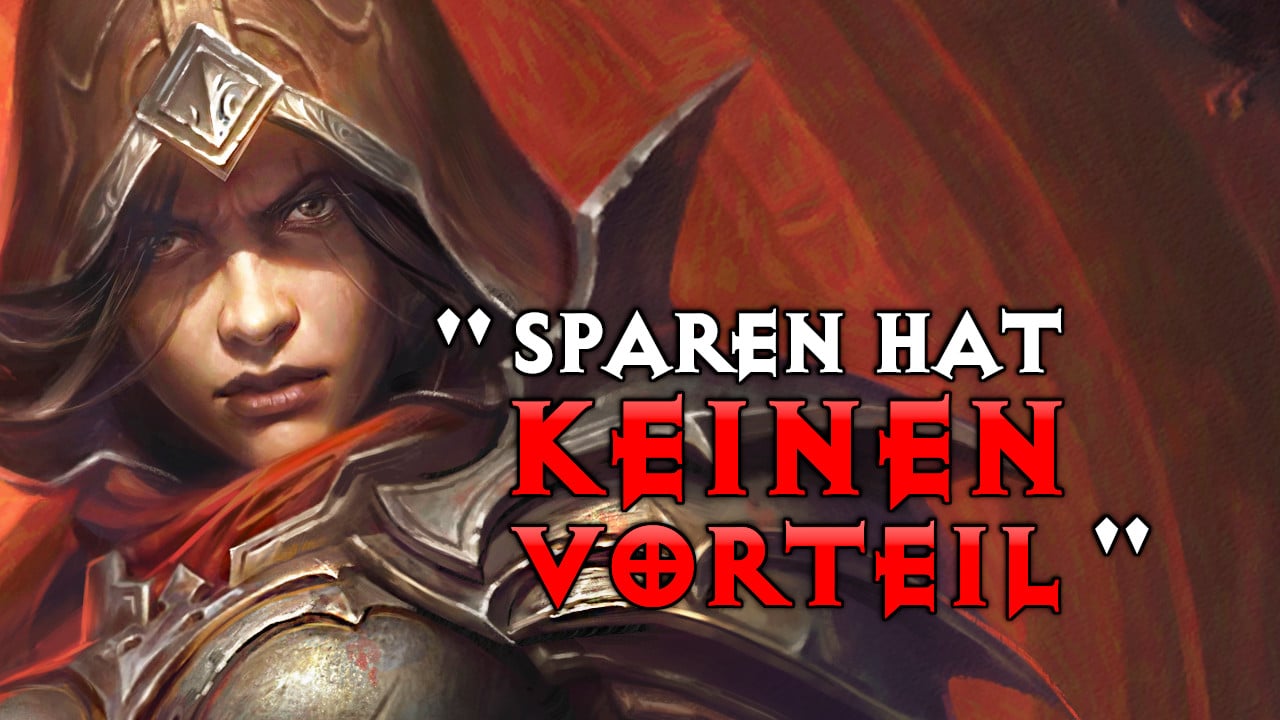 The latest update finally gives Free2Play players better access to legendary gems in Diablo Immortal. Some have now saved up their emblems to buy themselves a moment of happiness in portals, but have been bitterly disappointed.

What is this experience? The core of Diablo Immortal is looting and leveling, like every installment in the series. In Immortal, however, loot is often hidden behind certain loot boundaries. The exception here is legendary gems.

Legendary gems can be obtained for free, limited or with a lot of luck – or you can pay for them. Because by using legendary emblems, which are available in the shop, the coveted stones are guaranteed to fall in elder portals.

Why is this showing up now? As of July 20th update 1.5.2, Free2Play players can collect significantly more Legendary Emblems. Some of them are now saving 10 pieces – the maximum for an elder portal – for a real “loot blast” in a portal.

However, this has only recently become possible without paying. Thanks to the new events, tasks and the correct use of Extinguishing Sparks, you can now get 10 legendary emblems for free every month.

The first reports from players who have tried corresponding portals with 10 legendary emblems are therefore appearing in the community. However, most are rather disillusioned and disappointed.

In the video we explain how you get legendary gems and what’s behind the system:

“Saving 10 Emblems has no benefit, only disappointment”

The players show: On reddit there is multiple threads by players who have completed their first 10 Crest runs, i.e. guaranteed to get 10 Legendary Gems. The crux of the matter is that the really good stones with a rating of ?/5 stars are not guaranteed.

See also  Knossi trains with survival experts for 7 vs. wild - these are his tips

Unlucky players share their screenshots of 10 disappointing 1* bricks (via reddit). Others are at least a bit luckier and may own 2 or even 2/5 star legendary gems:

There are also posts from players who actually got 5/5 gems – although we can’t confirm if that happened purely Free2Play.

The reactions to the posts are often cynical, sometimes bitter. A user sarcastically replies, “WoW!! 10 Gem Power for $25!”. Another explains why saving isn’t worth it at all:

Saving for a 10 crest run has no other benefits than building expectations for being disappointed.

Is it really not worth it? Whether you complete 10 portals with one emblem or one with 10 emblems shouldn’t make any difference to the probability of getting good gems. Only the feeling of the “loot explosion” is higher with a 10-crest run.

But if you’re on the hunt for the best legendary gem, you can confidently just use the emblems and complete portals. You can even sell the gems on the marketplace for platinum with the new emblems.

Incidentally, it is quite possible that one or the other player has found his perfect 5/5 stone and simply does not use reddit, but silently enjoys it. If you’re one of the lucky ones, please let us know in the comments.

By the way, the update also brought the class change feature into play if you want to look at a different class. Just make sure you choose the “right” one: