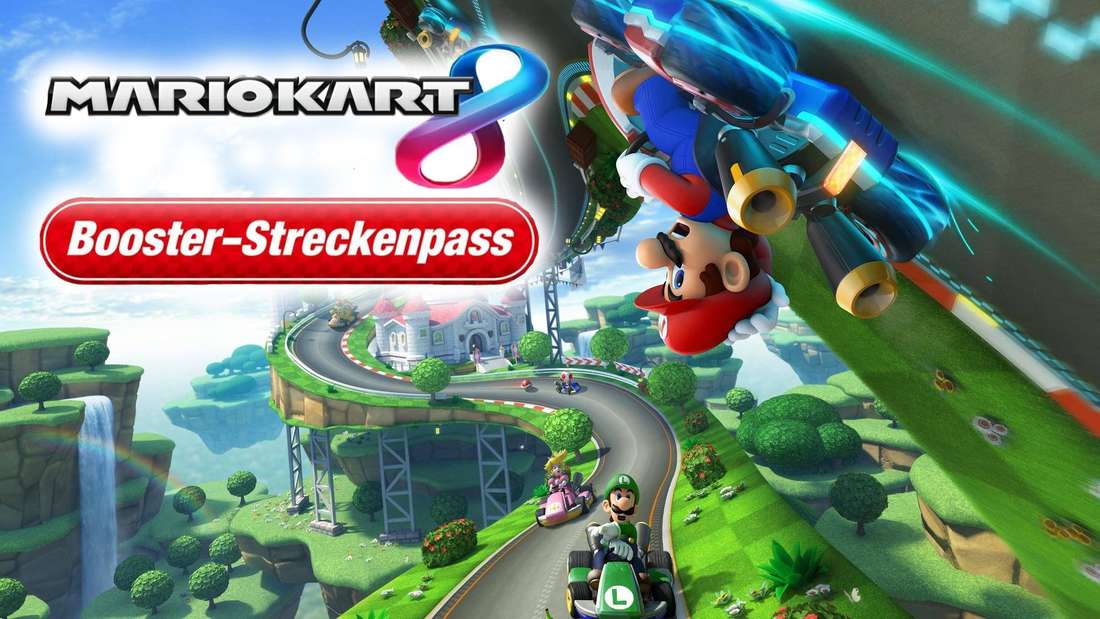 Finally new tracks for Mario Kart 8. The Wave 2 DLC for the popular Switch game is up and running. Nintendo has now officially announced the release date.

Update from 07/28/2022: The leak may have been wrong for a release this week, but Nintendo has finally nailed it. The developer and publisher released a new Booster Course Pass video on YouTube today, revealing the new tracks for Mario Kart 8 Deluxe. Even the date for the release is already set: the new courses will be available on August 4th, 2022.

These routes are included: A total of eight tracks are freshly added to Mario Kart 8. One of them is completely new, the others are from previous installments in the series, such as Mario Kart 64, Mario Kart DS and the mobile game Mario Kart Tour. These eight tracks will become available in Kart Racer on August 4th:

Two real fan favorites come into play in the new DLC for Mario Kart 8. Mushroom Gorge is an absolutely iconic track from Mario Kart Wii and caused big eyes at the time with crazy shortcuts in speed running. In addition, the track with its many jumps over giant mushrooms is great fun. But the absolute highlight is the return of Waluigi Pinball. The track not only had a fantastic design in the original Nintendo DS, it is still one of the best tracks in the history of Mario Kart.

First report from 07/20/2022: Kyoto, Japan – Mario Kart 8 Deluxe is an all-time favorite on the Nintendo Switch. With over 50 million units sold, the title is one of the best-selling games for Nintendo’s hybrid console, ahead of Pokémon. Although the title originally came out for the WiiU back in 2014, it wasn’t until the Switch that it really sold well. Eight years have passed since the release of the original game. Nevertheless, it took until March of this year before new routes were finally added with the “Booster route pass”. However, it was not known when the next update with the new eight courses would appear. At least until now.

Mario Kart 8: The new routes could not be long in coming

When are the new DLC tracks coming? Since the first DLC courses were released in March, things have been rather quiet about Mario Kart 8 Deluxe. However, Nintendo stated in advance that they want to publish all 48 new routes in individual updates by the end of 2023. The unveiling of the new courses can not be long in coming. Now new information has emerged that should narrow the release date closer.

Where does the information come from? The DLC was promoted in an official advertisement of the Japanese department store “7-11”, which was photographed. However, this was published in March, which is why it seemed suspicious for Nintendo to switch to expensive advertising again for such a short time. In addition, the advertisement should apparently disappear again on July 17th. The fans are therefore speculating on an announcement.

The rumor circulated on Twitter that the new tracks for Mario Kart should be announced later this week. Specifically, Wednesday, July 20 at 3:00 p.m. was spoken of. However, no announcement has been made so far. Should anything change, this article will be updated regularly.

How have the previous routes been received? Even if the fans were happy about the new courses, the first routes were not only well received. In fact, some of the circuits are taken from Mario Kart Tour, the mobile game for smartphones, whose tracks are far less elaborate, detailed and creative.

A clear qualitative difference between the design of the original Mario Kart 8 tracks and the courses that were subsequently submitted via DLC was clearly visible. However, the new courses are a paid DLC. For around €25, the game will be expanded to include 48 new tracks. A user on TikTok recently took it a little too seriously. Without further ado, he prepared his MX-5 to Mario Kart Mazda around and gave the sports car a Nintendo Wii steering wheel, as reported by 24auto.de.

Some fans were annoyed that the routes from the free game “Mario Kart Tour”, which were supposedly produced “cheaper”, were sold again for money. Nonetheless, the new tracks are a significant content update. In the end, Mario Kart 8 Deluxe has a proud 96 slopes on which you can make life difficult for your friends with bananas and blue tanks. In our overview we will tell you which new courses have been introduced with the DLC in Mario Kart 8 so far.