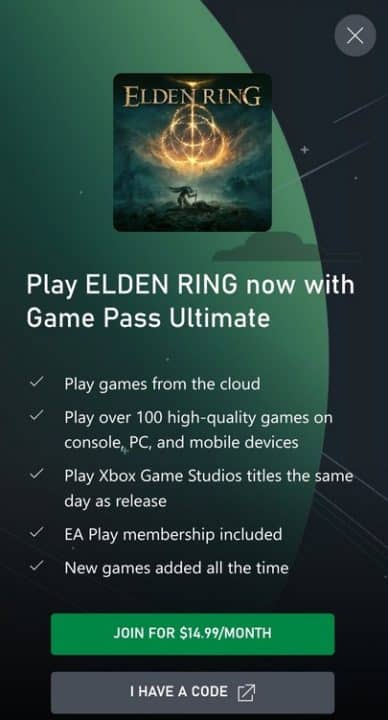 There are new indications that Elden Ring could be added to Xbox Game Pass subscription or playable in Ultimate subscription soon.

Some Xbox users have already received a notification when using the Xbox app that Elden Ring will be playable thanks to Xbox Game Pass Ultimate.

It is currently unclear whether this display is an error or whether the first big surprise was published prematurely shortly before Gamescom 2022. Likewise, details of a white Xbox Elite 2 controller were leaked shortly before the show.

It remains to be seen what Microsoft will actually announce at the Cologne trade fair.

But please don’t rejoice too soon, because Elden Ring is probably about the cloud function that everyone Xbox Game Pass Ultimate members allows you to play selected purchased games from your own game library via the cloud.

With any luck, Microsoft will soon shed some more light on the dark Elden Ring and the white Elite 2.

Garmin Philip
See also  Fortnite: Professional hits young player on LAN – Instead of a penalty, he will probably get a €14,900 reward