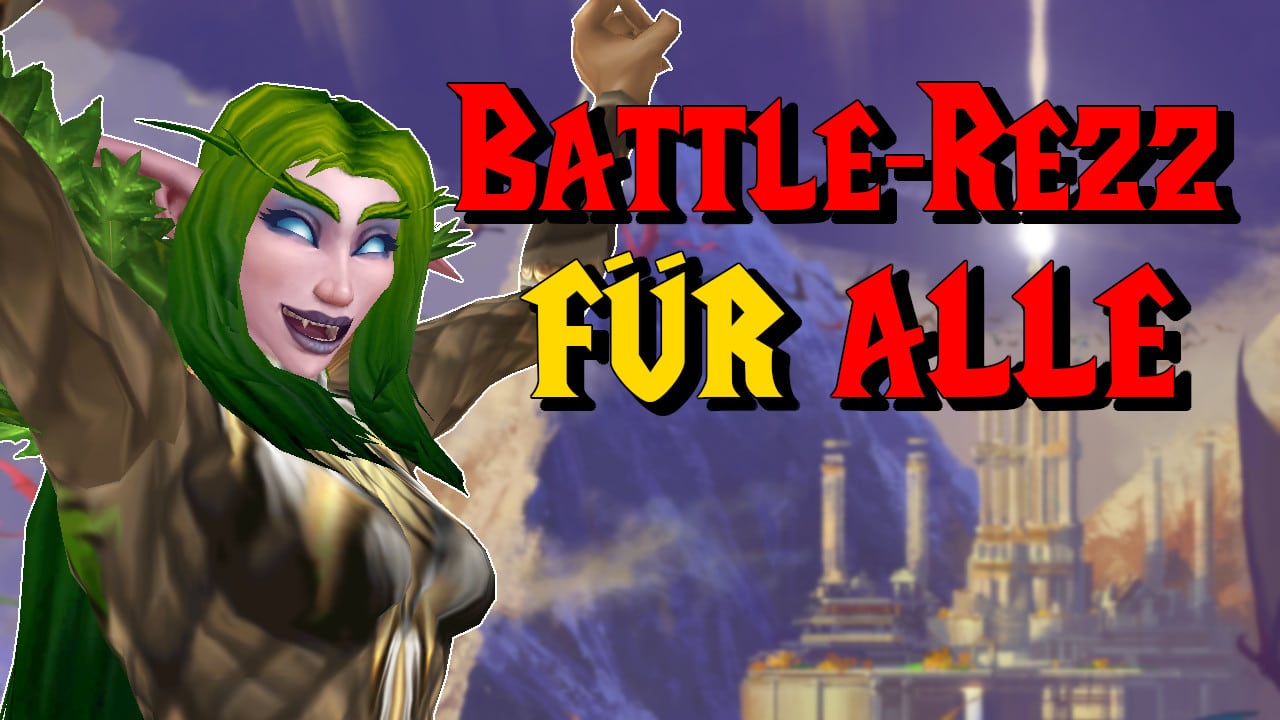 All classes can probably do the popular “Battle-Rezz” in World of Warcraft Dragonflight. Soon everyone will be able to revive their own allies.

Combat revival is often useful in World of Warcraft. Especially when raiding or in dungeons, a player likes to fall over because he was inattentive for a moment. But it’s particularly annoying when there’s no “battle rezz” in the whole group. Blizzard has now apparently realized this and is giving every class the opportunity to revive allies.

What was discovered? As the Buffed colleagues discovered, engineers in Dragonflight can once again craft jumper wires to revive other players in (or out of) combat.

The special feature this time, however, is that there is also the “Deceptively real jumper cable”, for which you do not need an engineering skill. So you can also get this combat revival with any other profession.

This means that all classes and specializations effectively have access to a revival in battle, which Mythic+ in particular can have an impact.

Why is Blizzard doing this? While Blizzard always tries not to dilute the benefits of individual classes, some mechanics are just too powerful not to own. Especially in “Mythic+” groups, a revive in combat can be the difference between a run that is “easy on time” and a failure by several excessive minutes.

See also  Pokémon GO: Spotlight Hour Today With Myrapla And Stardust - Is It Worth It?

However, since only a few classes have a battle rezz, the group may have to do without one. However, the battle rezz is considered a resource in the dungeons (they are even limited after all) and are therefore particularly important.

Allowing all classes to have a weaker battle rezz with new items ensures more equality and greater variety in the choice of classes.

Previously, Blizzard also enabled things like time warp and rage through drumming for everyone, and mass stealth from the rogue can also be simulated through invisibility potions.

Please keep in mind that this is information from the alpha so far. Of course, this could change before the release of Dragonflight.

What do you think of everyone getting a battle rezz? A good and sensible change? Or a further “equalization” of all classes?