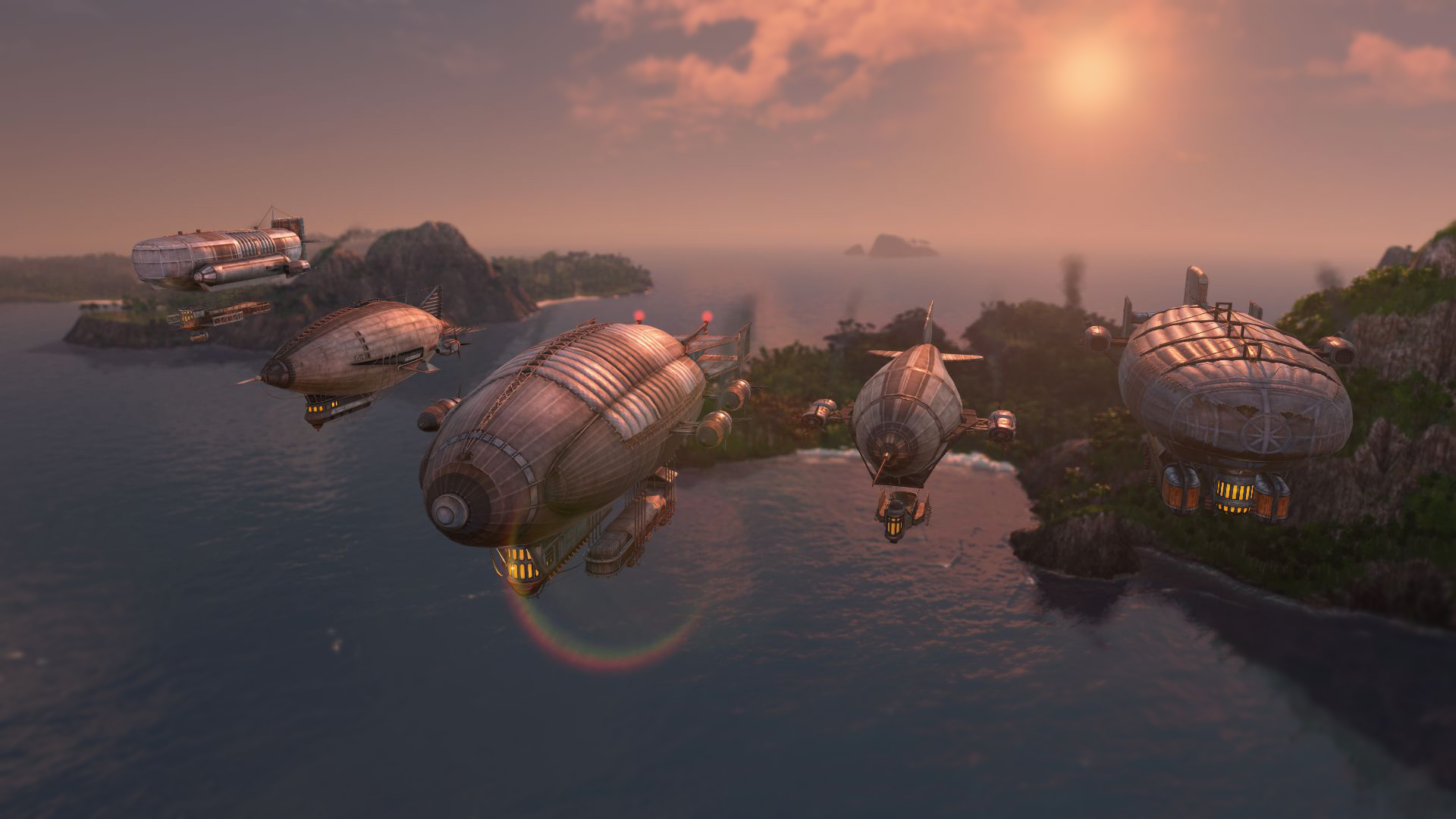 08/17/2022 at 5:21 p.m
from Michael Miskulin –
In a new developer blog entry, the developers of Anno 1800 present the new airships in more detail. These will be introduced with the upcoming DLC ​​”Empire of the Air”.

The developers of Anno 1800 recently presented the upcoming DLC ​​”Realm of the Air” in a live stream. Now follows an entry in the developer diary and an explanation from the Ubisoft Mainz team about the design process behind the various new airship types and what general function they actually fulfill within the game. And best of all: Empire of the Air will be released on September 20th.

Season 4 of Anno 1800 starts with the DLC “Reich der Luft” at the same time. It should mainly be about the New World and the technological successes of the population. In the real world in the late 19th and early 20th centuries, aviation took a big step forward and with it airships became important.

How did the design of the airships in Anno 1800 come about?

To design the airships, the art team first used historical references. This allowed them to get a feel for what the designs would look like. Then the concept artists created a variety of idea sketches – including wild designs. Ultimately, the designers had to make a compromise between harsh realism and innovation to make the airships look more interesting.

What types of airships are there in Anno 1800?

In Anno 1800 different airship types will be available. There are five new airship classes, divided into fast airships and cargo airships. Fast airships are smaller, but also much more manoeuvrable, but have little cargo space. Cargo airships, on the other hand, are the preferred airships for trade routes. Many of these airships also come in a variant with armament. So they can also be damaged and shot down. In order to be able to build these airships, the player will need a hangar, which is built in several phases. In the new developer blog, the developers present many other possible uses for the airships – it’s worth taking a look.