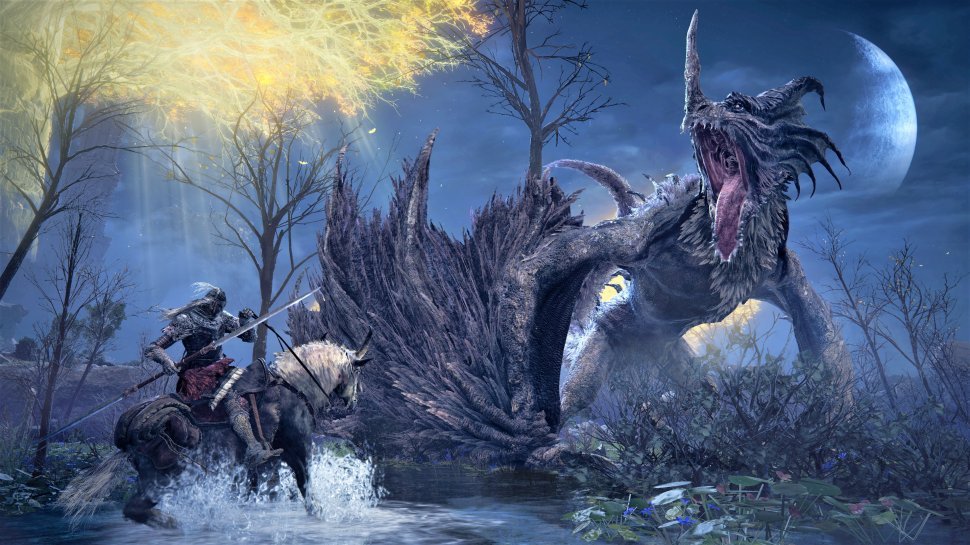 If FromSoftware-Fans aren’t torturing themselves through one of the numerous games from the Japanese developer studio, then they can let their almost endless creativity run free. In the past, the Souls community has already shown its penchant for impressive fan creations and the digital game world of Elden ring brought to real life.

There would be that for example walking mausoleumwhich a fan recreated entirely out of Lego, and we’re keen for an official crossover between the Swedish brick company and Elden Ring (buy now €53.98 /€50.99 ) has made. Or the numerous finds of various things from Elden Ring in the real world, such as the sealed prisons or the treasure-hoarding dung beetles.

Also the Reddit user TheChondroCompany couldn’t get enough of the Elden Ring and took the fascinating land between the screens and into his living room – at least a scene from it. With an extremely high level of attention to detail, he has the initial moment of entering Lake Agheel and encountering the dragon of the same name as diorama captured.

the thumbnail representation with its golden-yellow trees, artificial turf and real-looking stone walls and rocky outcrops, it could have come straight out of a model railroad kit and is extremely reminiscent fan video a while ago where a player using a camera mod created a similar effect.

In addition, the diorama is also populated: The dominant figure is of course the Dragon Agheel, which looks very authentic with its wings and scales and could be a really expensive collector’s figure. His glowing fire breath is also very successful: As TheChondroCompany reveals in the comments, it is an LED tube that he wrapped in painted cotton.

In addition, a small one gallops on the diorama tainted on the back of the Spectral Steed storm wind and tries to escape the flames of Agheel. A truly spectacular scene that the Reddit user brought to real life with a lot of detailed work and that every Elden Ring fan would like to have in their living room. We are excited about his next work, because TheChondroCompany has already announced that this will not be his last diorama!