Blacktail in the preview: Fantasy action game with Souls character 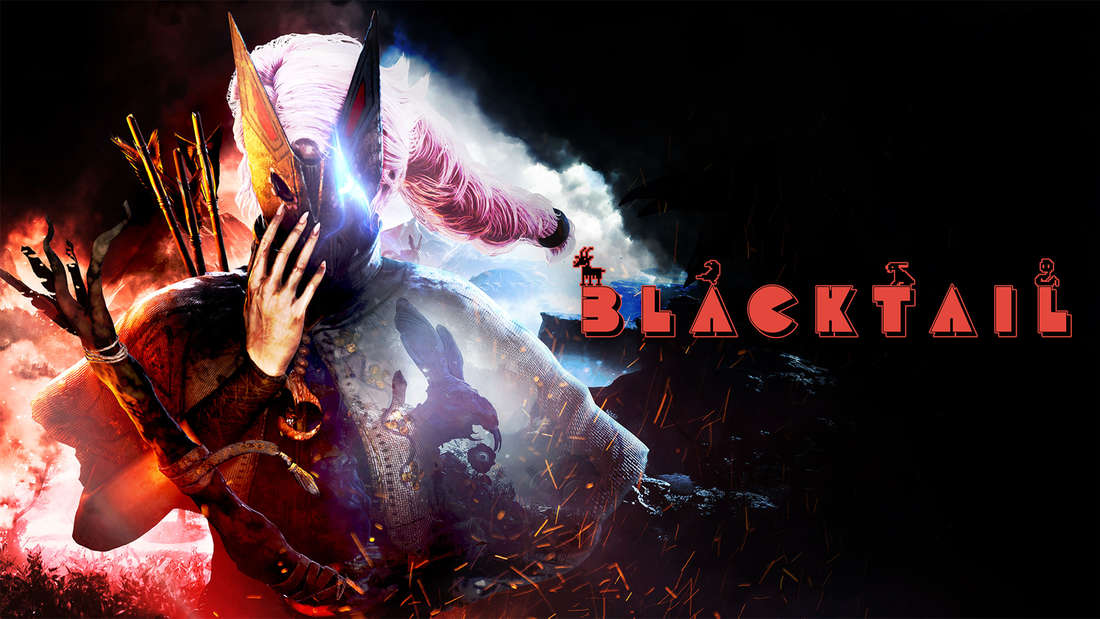 Blacktail takes players into a dark fairytale world full of secrets. The preview at Gamescom 2022 makes us hungry for more.

Cologne – A gloomy fairytale world full of mystical creatures and cruel monsters. We don’t walk through the dark forest with Hansel and Gretel, but with Yaga. This name will surely sound familiar to anyone familiar with Slavic mythology and fairy tales. Because it is about the notorious Baba Yaga at a young age. In Blacktail we follow the story of Yaga who is looking for her twin sister and decide whether Yaga will be a good or bad witch.

What’s in Blacktail: A dark forest, danger around every corner, an ominous mood and a lonely girl who has to make her way through the wilderness alone. In the action-adventure Blacktail we follow Yaga through an ancient world in search of her twin sister. At Gamescom 2022 in Cologne we were able to take a first look at the game and can’t wait to test the game from The Parasight extensively.

The story of Yaga and her sister pulls you in immediately and is supported by the great soundtrack. We were only able to test Blacktail in English, but we hope that there will also be a German synchro in the final game. The first-person perspective pushes the immersion even further and lets us completely lose track of time while gaming.

Blacktail: With bow and arrow we shoot our way through the fairytale land

Ego shooter”: Getting started is quick and easy, starting with simple tasks to learn the mechanics of Blacktail. There is a small crafting system that we use initially to make arrows and medicine. We need the arrows for our bow, which is our only weapon in Blacktail. With this we can shoot or bump opponents with a dash. The dash also works as an evasive maneuver.

Already in the demo we fought against different enemy types: small golems, exploding bees and spiders with huge eyes on their bodies. In Blacktail, however, there are certainly many more monsters waiting for us. MORE MONSTERS? The combat system in Blacktail is definitely something to behold and reminds us a lot of a Souls-lite, even if publisher Focus Entertainment insists that it is a fantasy action game.

Blacktail: Should Yaga act good or evil? The choice is ours

To make the right decision: In addition to the fights and the gripping story, Blacktail comes up with another exciting factor: we decide whether Yaga will be a good or a bad witch. A moral system was established for this and with various decisions, we become a bad or just a good witch.

See also  Date and time known – who can start when?

This system also increases Blacktail’s replayability, as you can talk to other characters depending on what type of witch you become. So the story changes based on the decisions. So to get the full story, you have to play Blacktail at least twice.

Painterly graphics: We really liked the look of Blacktail. Since this is a Slavic fairy tale, the graphics should of course also be right – and they are. The whole world looks like it was painted with watercolors. Nevertheless, no detail is lost. The fairy tale theme also runs through graphically.

Release of Blacktail: Fans no longer have to wait long for the fantasy adventure. As early as December 15, 2022, players can hold the game about Baba Yaga in their hands. However, Blacktail only appears on the latest consoles, i.e. PS5 and Xbox Series X and S. You can also play it on the PC.