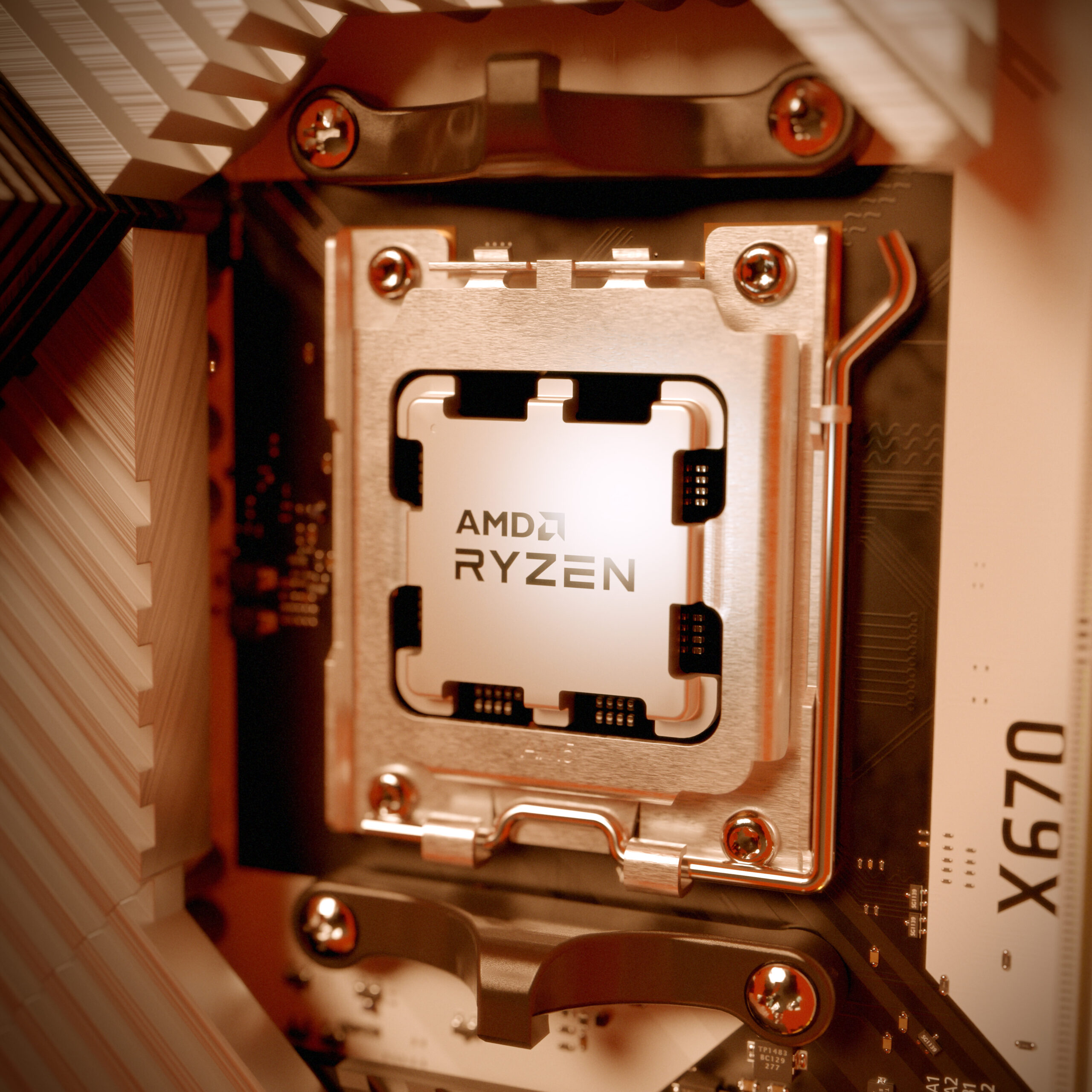 08/25/2022 at 5:41 p.m
from Oliver Jaeger –
The Chinese tester ExtremePlayer again presented benchmarks of not yet released CPUs, this time a Ryzen 7 7700X. This is said to have outperformed all Zen 3 CPUs in Cinebench R20, at least in the single-core score. Only the competition for Raptor Lake presented a hurdle.

In just a few days, AMD enthusiasts can look forward to the official launch of new next-generation Ryzen 7000 processors based on Zen 4. On August 29th (August 30th in this country) AMD is holding an event where four models of new Raphael CPUs are expected to be presented, which are then expected to hit the market at the end of September. These are the Ryzen 9 flagships 7950X and 7900X as well as the Ryzen 7 7700X and Ryzen 5 7600X.

A week ago, a pre-series model of the Ryzen 7 7700X was doing the rounds on the web, now the hardware tester “ExtremePlayer” is presenting new benchmarks for the CPU in Cinebench R20 in a video. The man from China has attracted attention in the past with benchmarks for pre-production samples from the Raptor Lake architecture. The test revealed that the 8-core CPU achieves a single-core score of 773 and a multi-core score of 7,701 points in Cinebench R20. In addition to the 8 cores (16 threads), the list in ExtremePlayer’s video reveals a clock rate of 4.5 GHz.

With this result, the Ryzen 7 7700X makes any Zen 3 CPUs from AMD look old in the single-core test and at least the Vermeer 8 cores in the multi-core test. According to Videocardz, the 7700X is 23 or almost 30 percent faster than the 5800X in terms of the respective scores.

See also  New Games of the Week: One of the best Soulslikes finally gets a sequel for PS4/PS5

Also interesting: AMD Ryzen 5 7600X: Sample available in China for over 1,000 US dollars

Even compared to the flagship 5950X, the 8-core Zen 4-based processor is said to have been 19 percent faster. Only the Core i7-13700K from Intel’s upcoming 13th CPU generation is no slouch and achieves 814 or 11,243 points (multi-core), but also has twice the number of cores. Below is the overview of the CPU results in Cinebench R20: