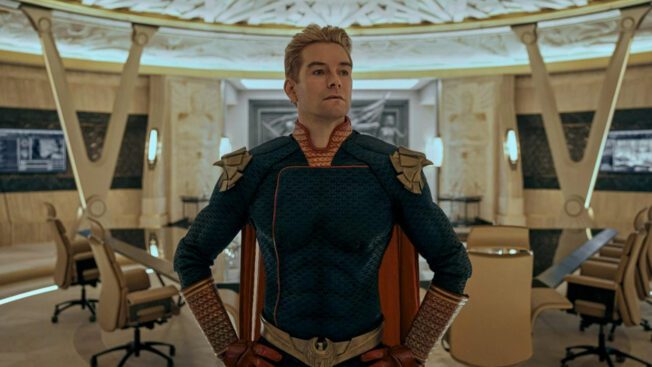 The acclaimed hit series theboys just wowed numerous fans with the 3rd season Amazon Prime Video. But that’s not the end of it: one 4th season was confirmed at an early stage and should be at the earliest 2023 to start.

“The Boys” is celebrated by fans for its black humor, vulgar language and sometimes disturbing (sex) scenes, so the cast fits like a glove.

Because apparently TWD star Jeffrey Dean Morgan is also a big one fan of the series and could “The Boys” makers Eric Kripke convince him to get a guest appearance. Whether he will also bring his dreaded baseball bat, which he affectionately calls Lucille, remains to be seen. The first details about his role are still top secret.

The Boys: What can we expect in Season 4?

The last season caused one Herogasm adaptation of the comics of the same name Garth Ennis (“Preacher”) caused quite a stir. In it, the actors retreat to a lonely island for several days, where they let off steam with sex, drugs and parties. Above all, however, newcomer Jensen Ackles came as soldier boy so well received by viewers that hopes of seeing him again in Season 4 are growing.

“The Boys” maker Eric Kripke is already looking forward to the new episodes: “I think we’re leaving both Homelander and Starlight at a really interesting point in the series when Starlight leaves The Seven and basically becomes one of The Boys. In addition, a new generation is growing with a young group, while Homelander is breaking new ground with his group called Home Teamers.

We will see how society breaks into two different factions and new confrontations arise. It will be a taste of the big themes of Season 4.”

Meanwhile, “The Boys” universe is being expanded with a new series: alongside the animated series The Boys Presents: Diabolical is already a first spin off called Gen V in progress.

See also  Games releases in July 2022 | For PC and consoles
* Note: All links to online shops are affiliate links. We receive a small commission for every purchase made through this – without you paying a cent more. Thank you for your support!