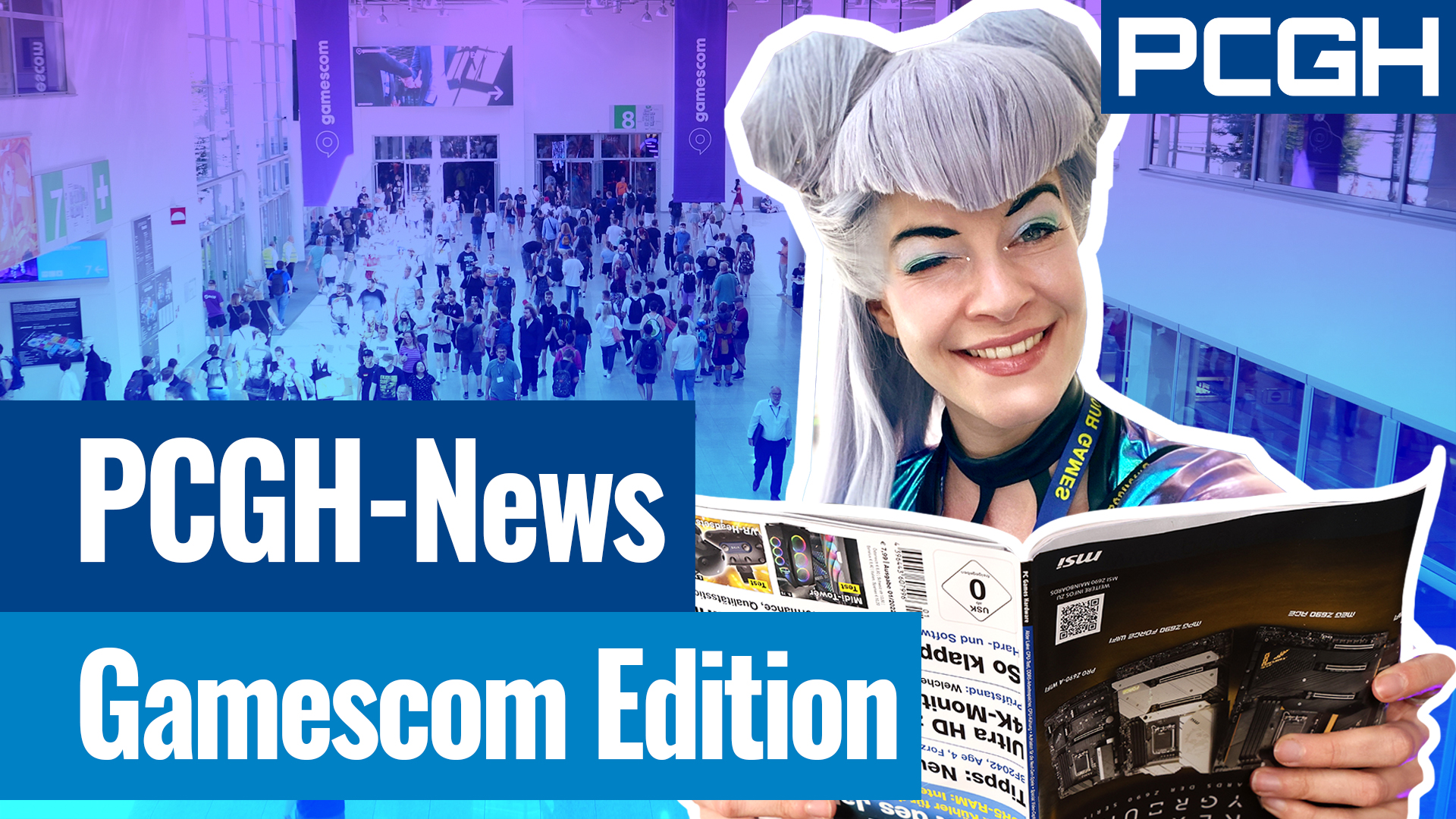 08/28/2022 at 10:00 am
from Leo Smith –
Gamescom 2022 was back on site after a two-year hiatus and PCGH was there to update you on the latest announcements from the manufacturers. Santi has dressed up and moderates directly from Cologne! This is the PCGH news in the Gamescom edition.

The hardware highlight at Gamescom comes from Corsair: At 45 inches, the new Xeneon Flex looks like a large but ordinary ultrawide monitor. If it weren’t for the two handles on the left and right: the actually flat display can be bent with a courageous grip.

Samsung officially presented the new PCI Express 4.0 SSD 990 Pro at Gamescom. The model had previously leaked to a database. A few weeks ago, PCI Express 5.0 was assumed to be the interface, which was also obvious. AMD’s new AM5 platform, which now also supports the interface on the M.2 slot, is to be released just a few weeks later. Now it is clear: It is PCI-E-4.0.

Shortly before the launch of the new AM5 platform including the Ryzen 7000 processors, the rumors are increasing and more and more new mainboards from the major manufacturers are being announced for the AM5 socket. After MSI and Asus have already presented some high-end boards, now Asus has seized the opportunity and presented ROG-branded mATX and ITX models for X670E.

See also  GTA Online: Lamar disses Franklin just as nicely in the new update as before

Crash on Geforce sales, price adjustments and RTX 4000 in September

Nvidia has presented new business figures that show a real crash in Geforce GPUs. Nvidia refers to price reductions and the new GPU generation, which is to be presented in September. Revenue for the second quarter was $6.7 billion, down 3 percent sequentially and 19 percent sequentially. It was worse when it came to net profit: With 656 million US dollars, Nvidia is in the green, but is a violent 72 percent below the previous year and 59 percent below the previous quarter. Among other things, write-downs put pressure on the result – the gross profit margin fell from 65.5 percent to 43.5 percent.