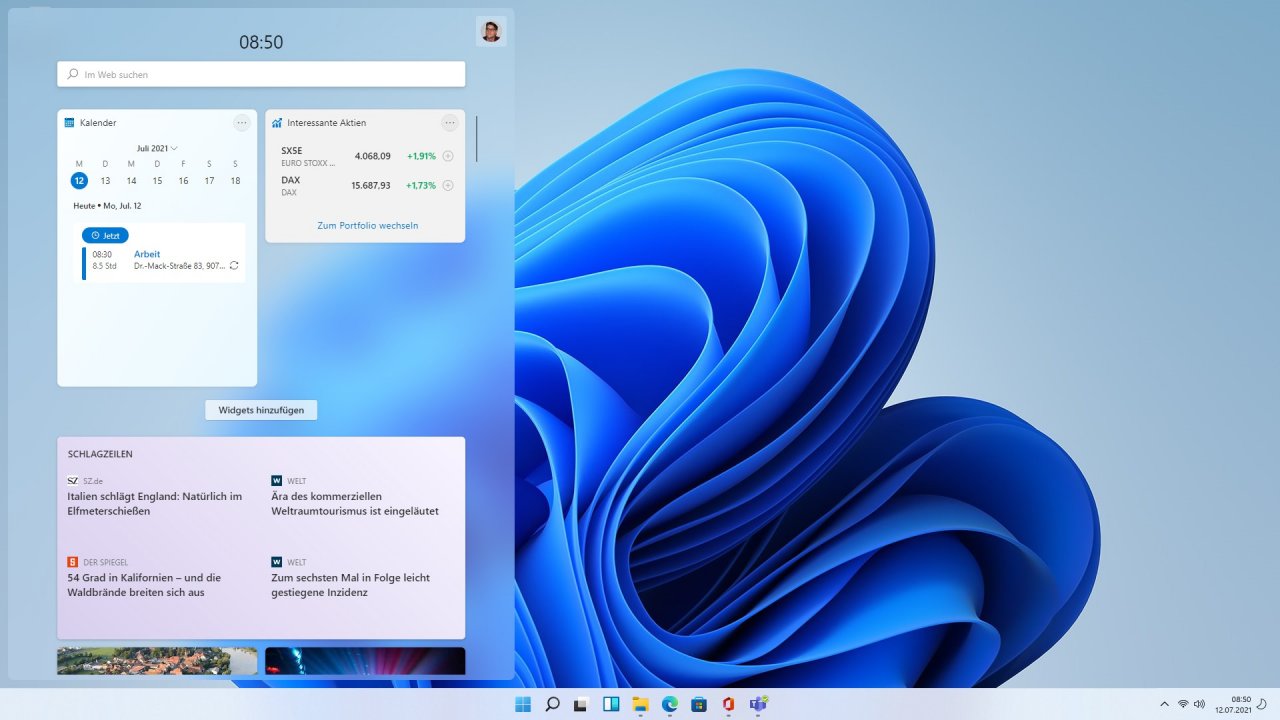 Around the release of Windows 11 in October 2021, Microsoft announced that there would be an optional and free feature update for users once a year in the future. Every new operating system version receives 24 months of support from Microsoft, so that every user can decide for himself when to switch to a new OS version. In autumn 2022, Microsoft plans to release the first free feature update called Windows 11 Version 22H2. This will be a kind of collection of optional updates, some of which have been released beforehand, as Microsoft announced on February 15, 2022. For example, the optional update KB5010414 will also be part of the feature update, although users have been able to install this update since mid-February if they wish. In the following we present the known innovations that registered Windows Insiders have been able to test in the Dev Channel over the past few months.

More customization in the start menu

With Windows 11, a newly designed start menu has arrived, which, in addition to pinned programs, also has a “Recommended” area that lists recently opened programs and files sorted chronologically. So far, this classification has been fixed, with the upcoming feature update Microsoft allows more freedom. Since Windows 11 Insider Preview Build 22509, users can choose how much content should be displayed in the two areas. For example, the “Recommended” section can be reduced to just one line. And if you like, you can hide the area so that only a hint text appears. However, this setting also affects the file explorer, so that the quick access view is no longer possible there.

If you want to adjust the sorting within the start menu in Windows 11, you simply have to right-click on a free area in the start menu and select “Start Settings”. Alternatively, you can also call up the settings app and select the “Start” entry under “Personalization”. Here you can decide whether you want the previous standard division or whether you want to see more pinned programs or more recommended entries.

Turn off the “Recommended” section in the Start menu. [Quelle: PCGH]

Configure the folders shown in the start menu next to the power button. [Quelle: PCGH]


You can also switch off the “Recommended” area completely here. To do this, set the slider for the “Show recently opened items in Start, Jump Lists and File Explorer” entry to “Off”. However, not only will you no longer see any entries in the “Recommended” category in the Start menu, but quick access in File Explorer will also be switched off. Either way, a note remains in the start menu, even if you have switched off the “Recommended” area. In addition to recently opened programs, all recently opened files are also displayed in this category, so that you can open the files with just one click or right-click to go directly to the storage location. If you want, you can also store shortcuts to the settings app and folders in the start menu in addition to the profile picture. To do this, select the “Folder” sub-item in the “Start” entry in the app.

With the Windows Insider Preview Build 22557 there is the possibility to create folders in the start menu. This should give the pinned area a little more clarity. The app folders can also be named. To create a folder, just slide two app icons towards each other, an animation will appear and a folder will be created. The pinned area should look tidier than before.


Taskbar gets old features back

A new taskbar is included in Windows 11, in which users have to do without many features compared to previous Windows versions. With the goal of simplification, however, Microsoft has overshot the mark, as numerous forum entries by disgruntled users show. The company has already said it will listen to this feedback and is bringing back a number of previous taskbar features with Windows 11 version 22H2. For example, it will be possible to add items to the taskbar via drag-and-drop.

There are other things on the list of missing taskbar features that Microsoft will change in the future, provided enough Windows 10 users have actively used the feature. After all, Microsoft is strictly following the data when it comes to the comeback of the old functions and only wants to invest development time in the features that are used by the majority. Some users miss the individual display of open windows of a program, since Windows 11 combines all open windows of an app into a group by default and only shows one icon. So far, the taskbar can only be displayed at the bottom of the screen and no longer at the edge or at the top of the display. Few Windows 10 users take advantage of the different positioning, so this taskbar feature will return to Windows 11 at a later date, if at all. The display of time and date on all connected screens is already built into Windows 11 version 22H2 when working with a multi-monitor setup.

Widgets get new position on the taskbar 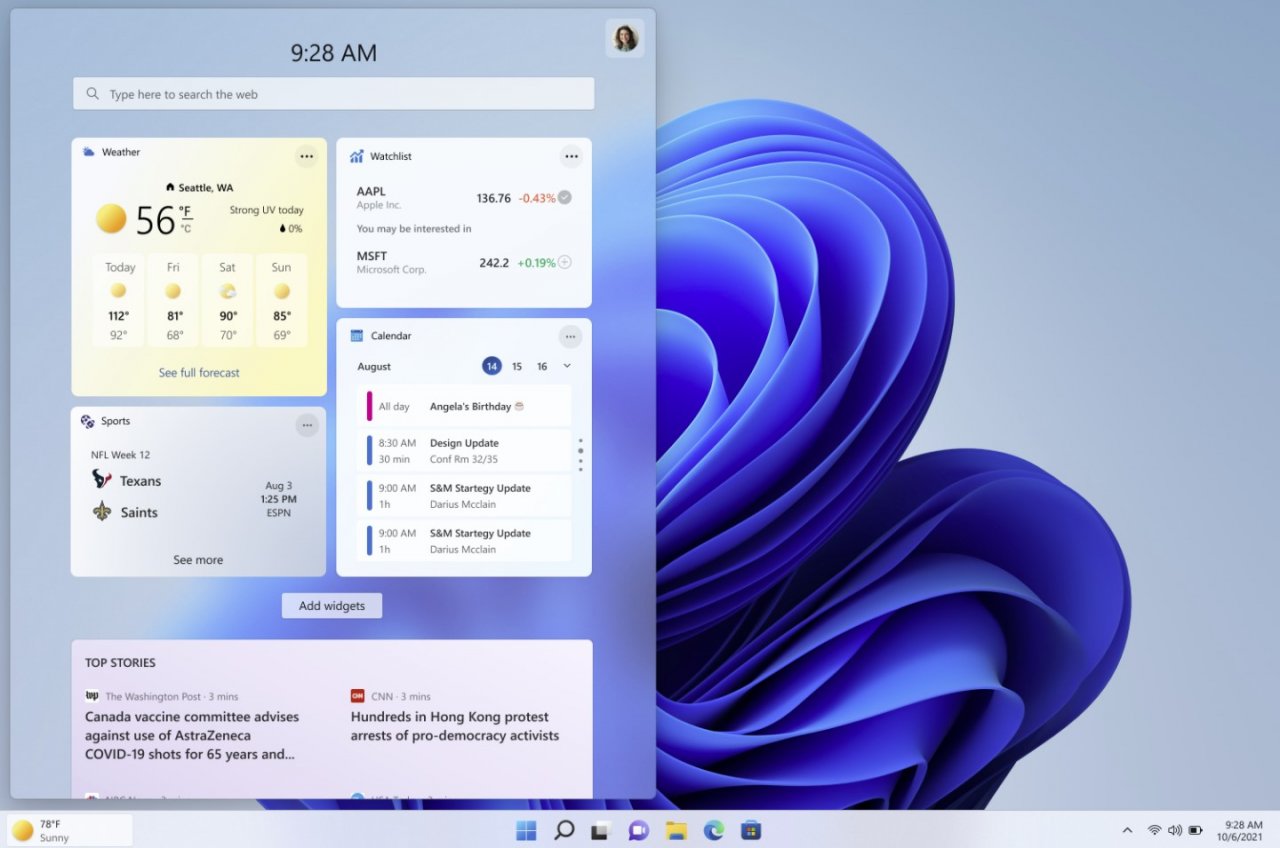 If the taskbar elements are left-aligned, the widget icon stays in its original place. If you wish, you can also hide the symbol, as we show here in the tips article on Windows 11. The Windows widgets replace the live tiles in Windows 11 and are based on Webview version 2, with this developer interface built on top of the Chromium HTML5 rendering engine from Google Chrome and Microsoft Edge.