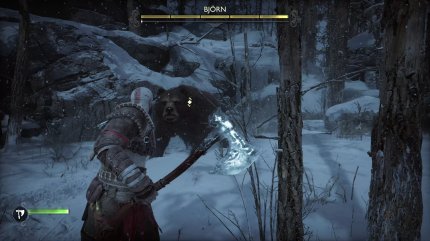 Our God of War Ragnarök walkthrough gives you tips on Kratos and Atreus’ epic journey through the world of Norse mythology. After the events of the predecessor 2018, the Fimbulwinter begins. In mythology, this initiates the end of the gods – Ragnarök. This is exactly where the PS5 adventure starts. Kratos and Atreus are on familiar, homely soil. Both heroes are on the hunt and go home by dog ​​sled. In this solution, we focus on avoiding blatant spoilers – if possible. On top of that, it is recommended to have played God of War 2018 to follow the story. Anyone who skipped the adventure can use the rough story recap in the menu. If you want to discover the adventure without a walkthrough, you can use our God of War Ragnarok beginner tips for a possible entry aid.

In the first scene in God of War Ragnarok (buy now ) Atreus records a hunting success while Kratos makes arrows in a cave. Both divine heroes are returning home in a dog sled during Fimbul winter when they are attacked by Freya. You take control of the dog sled in the middle and complete a few smaller quicktime events before Atreus and Kratos get to their safe home. Then go to your main house at home and follow the video sequence with Atreus and Fenrir. Once you go to sleep, follow the dream with Kratos and Faye. Here you simply follow Kratos’ wife before the war god wakes up.

As soon as Kratos awakens, Atreus is gone. Kratos learns from Mimir that Atreus wanted to bury the wolf. Run down to the frozen river and look for the passage on the right next to the dog pads. In this area of ​​the wild forest you will learn the basics of controls and combat. You will be attacked by robbers, all of which you will do. The tree with the protection symbol has been destroyed and you continue to follow Atreus trail. In the first area of ​​the game, off the main path, you will find chests or jars that contain hacksilver. Collect everything calmly and without hectic. You cross a cave, kill all the robbers there and collect all the loot. Also destroy the vases for hacksilver. Loot small golden chests for Hacksilver. Larger red chests contain smithing components for armor or upgrades. Exit the cave through the upper exit.

You trigger the first boss fight in God of War Ragnarök after leaving the cave. Kratos suddenly faces a giant bear. Here you will learn the basics of boss fights. If the bear attacks you and a yellow ring can be seen, this can Kratos’ block


Boss fight against Bjorn the bear.

penetrate. So you should try to parry with a well-timed L1 keypress instead of holding L1 all the time. If you see a red circle, the next attack will definitely penetrate your defenses. Always dodge with the X button. By the way: If you press this twice, Kratos will perform a roll. By destroying objects or by hitting the ax in a targeted manner, the bear drops healing objects, which you can collect using the circle button. Below the bear’s energy bar you’ll find the tranquilizer. If this is completely filled by quick follow-up attacks, you deal a lot of damage with R3.

Once you’ve wrested an energy bar from the bear, Kratos’ Rage comes into play. When the red bar at the bottom left is full, press R3 and L3 at the same time, triggering the Rage. Bash the bear with R1 and L1 to primarily fill his stun bar. Now you deal him a lot of damage. You take the boss opponent so over 30 percent of his energy. In general, try to dodge and get behind the bears. Attacks from behind increase the stun bar faster. Dodge yellow and red attacks to the side and then look for attack options. This first fight shouldn’t pose a problem. If Bjorn is defeated, Atreus and Kratos return home. 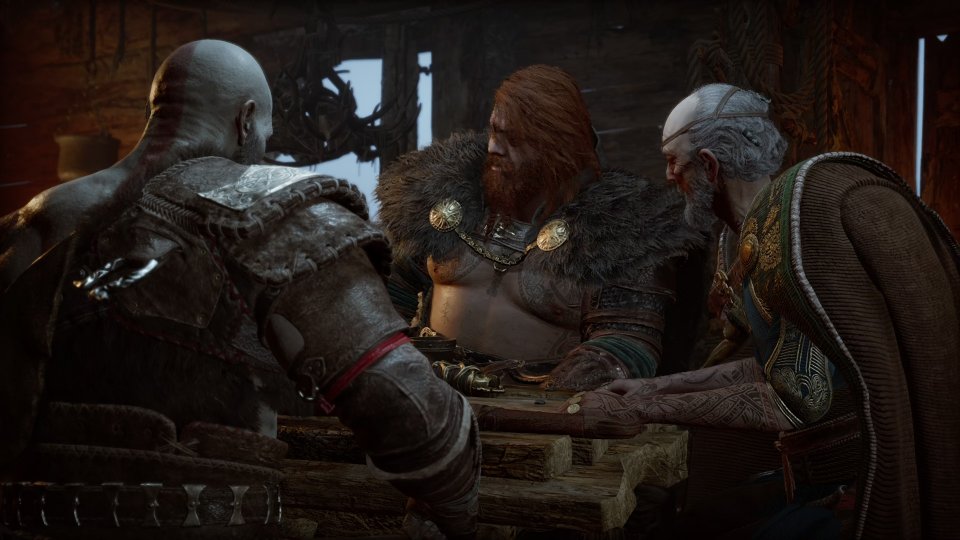 Distinguished visit to the home of Kratos and Atreus.


visitors in the home

Father and son walk home together. Once again you kill robbers and plunder caves. Before both heroes arrive at the home, they refresh the protection symbol. When they get home, they both receive a visit from two legends of Norse mythology – Thor and Odin. In one sequence, the two “negotiate” with Kratos, asking for a truce and mutual neutrality. When Kratos refuses, another boss fight ensues. Thor and the god of war face off in a duel.

The god of thunder seems to know Kratos’ past and looks forward to the duel. No ax is available to you in the first part of the boss fight. Parry Thor’s attacks with L1 and hit him a few times until his stun bar is full. Dodge his red attacks. After you have used R3 for the first time, your ax will be available again. In itself, the fight is not a fight at all 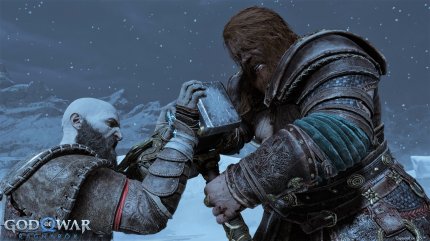 In the boss fight against Thor, the God of Thunder tests Kratos’ powers.

Problem. Dodges his red attacks sideways, and hits him after his slashes or stomps. Should you ever get a blow, pay attention to the healing items that Thor leaves on the ground after hits. Hold down the triangle button to freeze your ax and throw it at the thunder god.

If you tapped his energy bar to zero, the second part of the fight will trigger after a sequence. Thor wants to see Kratos in action at full strength. Dodge the ranged lightning attacks and also use the posts in the arena to attack Thor. Boosts Kratos’ Rage Gauge, then unleashes Rage Attacks with R3+L3. This is exactly what the god of thunder wants. You’re doing him a favor with that, too. As soon as Thor has about one bar left, the game triggers an R3 attack with another cutscene.

Again Thor has a full energy bar. A giant bolt is now in the center of the arena. In the third phase, Thor creates AoE attacks that fire spots marked on the ground. Stay away from it and after this phase attack the opponent with a few slashes. Ax blows during this phase also take a toll on his stun bar. Hold the bar up, then unleash an R3 attack. If Thor only has one bar left, the final sequence triggers and your opponent disappears. At this point in God of War Ragnarök, however, we are convinced that this meeting will not be the last. Sindri and Brok appear and escort Kratos home via their old forge.