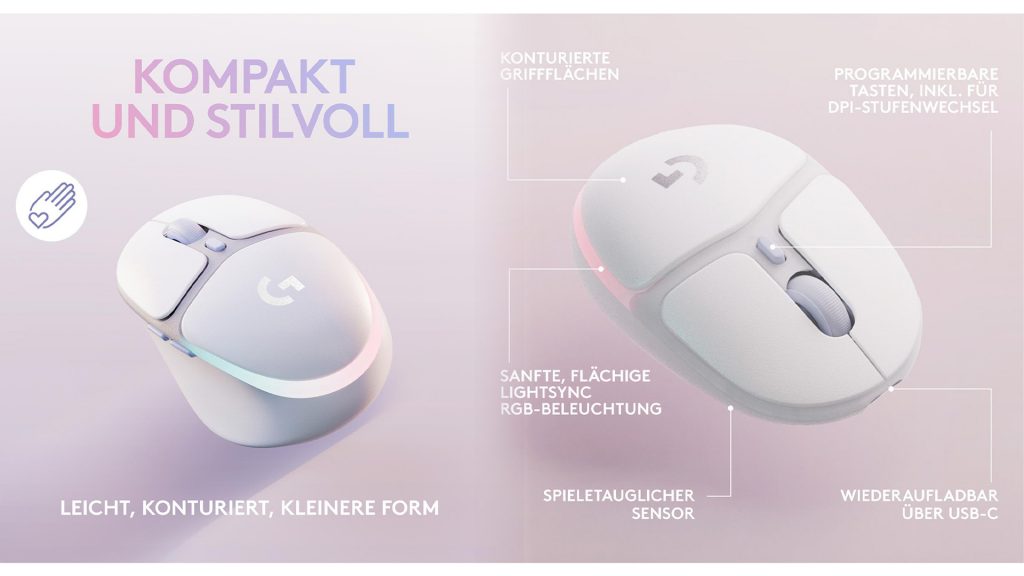 Are most gaming mice too bulky for you? Do you prefer the freedom of wireless PC accessories? Do you also value aesthetics? Then the Logitech G705 could be just the thing for you.

It doesn’t matter whether you play a lot on the go or prefer to stay at home with a stable internet connection – wireless mice have a number of advantages: no more tangled cables, one less tricky spot that can quickly break and less space in your backpack if you take them with you when you travel . If the mouse is also cute and compact, there are even bonus points.

All of this applies to them Logitech G705 too, which you can now get a little cheaper at MediaMarkt. With its chic white design and pastel lighting, it is part of the Logitech Aurora set – so you can transform your workplace together with keyboard and headset into an aesthetic paradise that rivals any streamer setup.

Okay, but what can the G705 gaming mouse do?

Of course, she not only looks pretty, but will also provide you with faithful service. The mouse is not only small – and so also suitable for small hands – but also very light. Some gamers may prefer heavier mice, but lighter weight generally allows for faster and more precise movements. The animal weighs just 85g. It also has sliding feet that allow you to maneuver even more easily.

If you’re worried that such a small mouse won’t fit a large battery, rest easy, because it actually lasts with constant lighting 40 hours before you have to charge it again. If you do run out of juice, you can plug it in with a standard USB-C cable and keep going.

If it’s not connected via cable, you can connect the G705 either via Bluetooth or Logitech LIGHTSPEED. With the latter, you can even connect two devices to your PC at the same time via just one USB receiver – for example the mouse and the G715 wireless keyboard? Logitech’s wireless technology is generally known for its low latency.

If you’re currently planning a completely new gaming setup, or are looking for a headset or keyboard instead, check out the rest of the Aurora collection. The G715 and G713 keyboards include a cloud-style palm rest, and the G735 headset has extra-soft cushioning, making it comfortable for those who wear glasses or jewelry.