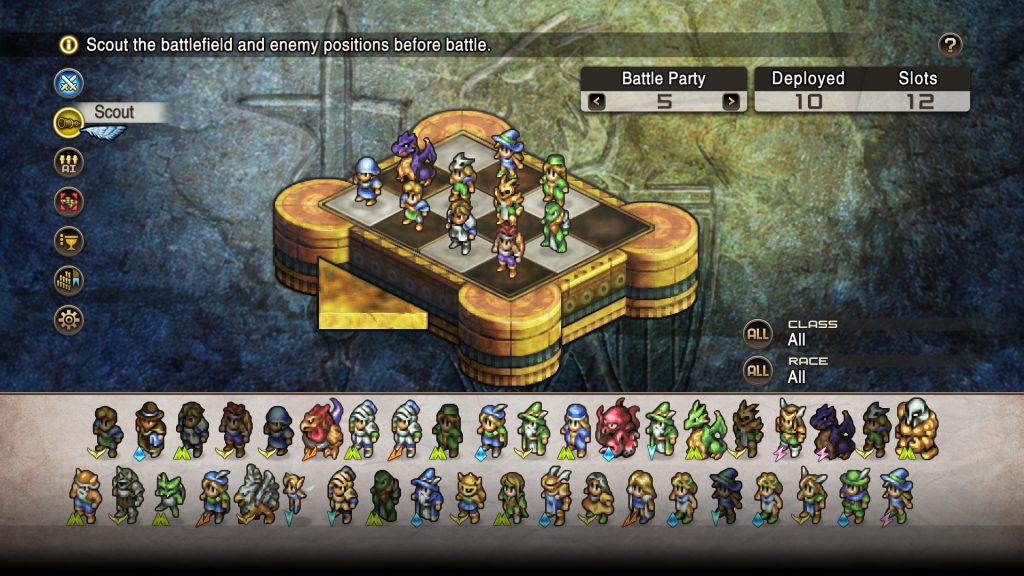 The tactical RPG Tactics Ogre: Reborn will be released on November 11, 2022 on Steam and other platforms. The RPG classic offers an exciting story full of intrigue and a deep combat system, with many customization options for your units.

What is Tactics Ogre? The classic is a tactical RPG from Square Enix that is played from the isometric 2.5D perspective. It originally appeared on the Super Nintendo in 1995 and has since been ported and re-released many times to other consoles.

On November 11th the remake Tactics Ogre: Reborn will be released on Steam, PS4, PS5 and Nintendo Switch. The game is considered one of the best in the Tactics genre and has been critically acclaimed for its deep gameplay and superb intriguing storyline.

The strategy role-playing game or tactical RPG genre is a niche genre in which you move characters like in a strategy game. However, the characters have special abilities, rise in level and the games tell a story. Some of the best-known exponents of the genre include: Fire Emblem, Tactics Ogre, Jagged Alliance, Final Fantasy Tactics, the quirky Valkyrae Chronicles, Disgaea, and of course the Shining Force series.

What is Tactics Ogre about? In the game you will be transported to the islands of Valeria, which have been plagued by conflicts for many years. The hostile factions of the Bakramer, the Galgastans and the downtrodden minority of the Walister fight each other for dominance in the region.

The game’s plot revolves around the two siblings Denam and Catiua, who belong to the Walisters. After their hometown was razed and their family killed, they joined a rebellion against their oppressors.

As the game progresses, you will make many decisions that will affect the later course of the story. You decide whether characters become your allies or enemies, whether they live or die.

Thanks to the “Wheel of Time” system, you can rewind the events to special key moments and experience other strands of the story. You keep your level, equipment, etc.

How is the gameplay in Tactics Ogre? The classic belongs to the genre of turn-based tactical RPGs. You move from one location to the next on the world map where the story continues, random battles take place or side quests can be collected to unlock new, optional areas.

At the heart of the game are the tactical battles, in which you control a group of up to 12 characters on a field. Each unit can take on over 20 different classes with their own strengths and weaknesses.

The macro management of the units is deep and you can easily spend hours outfitting your party, teaching them skills and spells, and deciding which of them to use in battle. Each unit has up to 4 slots in which to equip their skills, items and magic.

The decisions you make before a battle has a huge impact on how the fight goes and whether it ends in victory. With the special scout ability, you can find out what terrain awaits you and how the opposing team is made up before the clash.

But your actions on the battlefield must also be well thought out. For example, you can pinch your opponents, but so can they. The enemy AI has received a new polish in the remake and will mercilessly exploit your mistakes.

Here’s how Tactics Ogre arrived: The game enjoyed great popularity after its original release in Japan and laid the foundation for other games in the genre such as Final Fantasy Tactics.

The game is considered one of the great RPG classics from Japan. Final Fantasy XIV director Naoki Yoshida even said that Tactics Ogre was groundbreaking for him. It greatly shaped his career as a successful game developer.

Watching Tactics Ogre just blew my confidence. I was like, ‘Wow, how could someone create something so brilliant?’ […] But at the same time I thought, ‘I have to [als Spielentwickler] get to this level. I have to be able to keep up with that and push my limits as well.’ That was the goal I had set myself.

Naoki Yoshida on Tactics Ogre and its developers (via Gameinformer).

Yoshida was so excited about the game that he has announced that he will be promoting Tactics Ogre: Reborn on his next Final Fantasy XIV producer stream on November 11th.

Well-known Bloomerg journalist Jason Schreier is also a fan of Tactics Ogre and describes its combat system as “addictive” (via Twitter). In a Twitter comment, he simply wrote of the game, “It’s so good.”

The PSP remake Tactics Ogre: Let Us Cling Together received on Metacritic a score of 87 points from critics with only positive reviews and a score of 8.3 from users.

See also  And again leaked gameplay for Skate 4 has appeared

So if you’re currently feeling nostalgic and fancy a classic J-RPG, you should check out Tactics Ogre: Reborn on Steam. The release is on November 11, 2022.

Will you buy the game? Tell us in the comments.

The 10 most played MMORPGs on Steam in October 2022