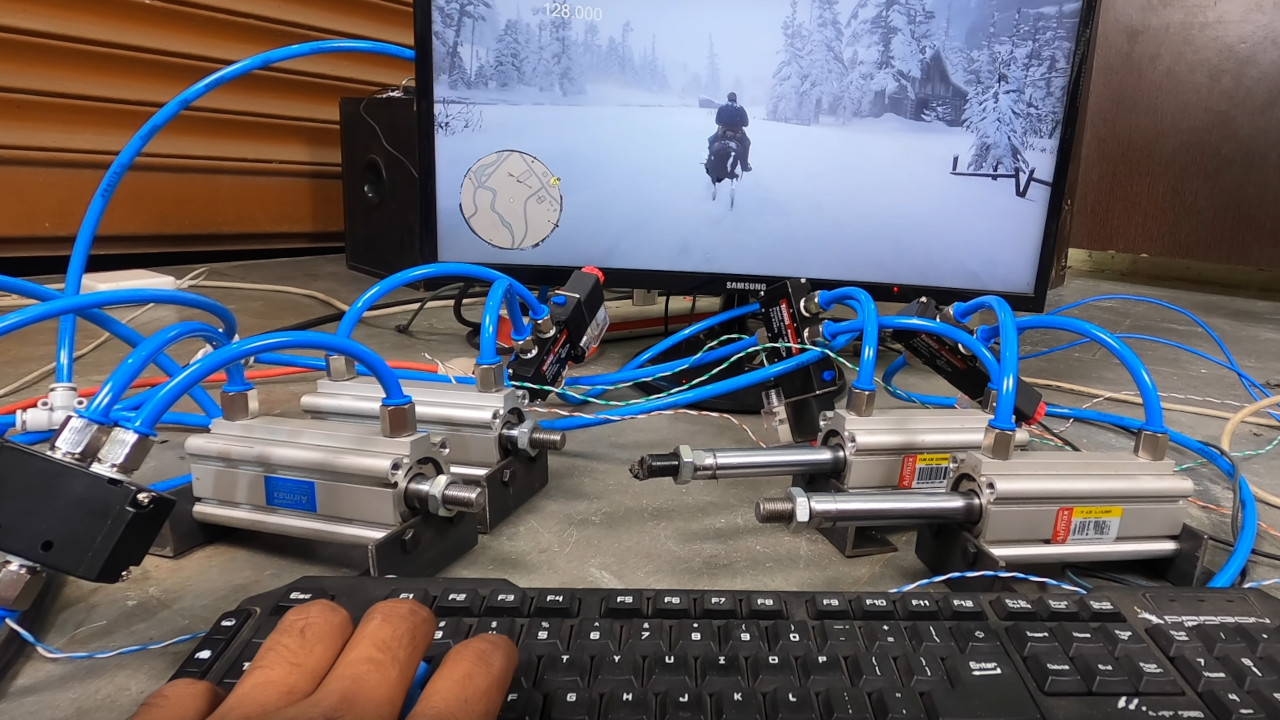 In Red Dead Redemption 2 you can ride a horse through the game. But that was probably not “real” enough for a user and he built a setting. But he can no longer really play or ride with it. MeinMMO tells you what he did.

In Red Dead Redemption 2, a horse is an important means of transportation that allows you to move quickly across the large world map. But that was probably too boring for a user.

Indian YouTuber Teenenggr has done dozens of crazy creative projects and tests a lot with games. Now he has Red Dead Redemption 2 out.

What exactly does the YouTuber do? At the beginning of the short video, the YouTuber rides comfortably through the snowy landscape. But apparently that’s too boring for him. Because in the next few minutes he starts to rebuild his gaming setting.

He mounts a motor and corresponding metal rods on his table. He links this to a self-written code: Whenever he makes a movement with the horse in Red Dead Redemption 2, the movement is also transferred to his table.

The whole action then gets a little out of hand. Because in the end, the YouTuber has to glue the keyboard and monitor to the table so that nothing flies towards him. For many, this is probably more impressive than a YouTuber playing CS:GO at an absurd 4,000 FPS.

You can watch the entire video, which is around 4 minutes long, directly on YouTube:

The spectators are enthusiastic about the conversion

How is the community reacting? The viewers are enthusiastic and amused by the absurd setting. For example, some say that they don’t want to be his neighbors when he’s riding through the snow-covered landscape again.

Another user comments with amusement on YouTube: “The fact that his monitor is still alive is a true miracle.” Another adds: “I pay my internet bill for content like this.” A third scoffs at the YouTuber’s resilience of monitors had to test.

Other creative projects: By the way, Teenenggr has developed other interesting projects. For once, a motorcycle should feel more realistic. He also used a motor and other technology for this. The result is also a bit strange. It’s best to read for yourself what the YouTuber did:

Players want to “feel” GTA 5 properly, then overdo it completely