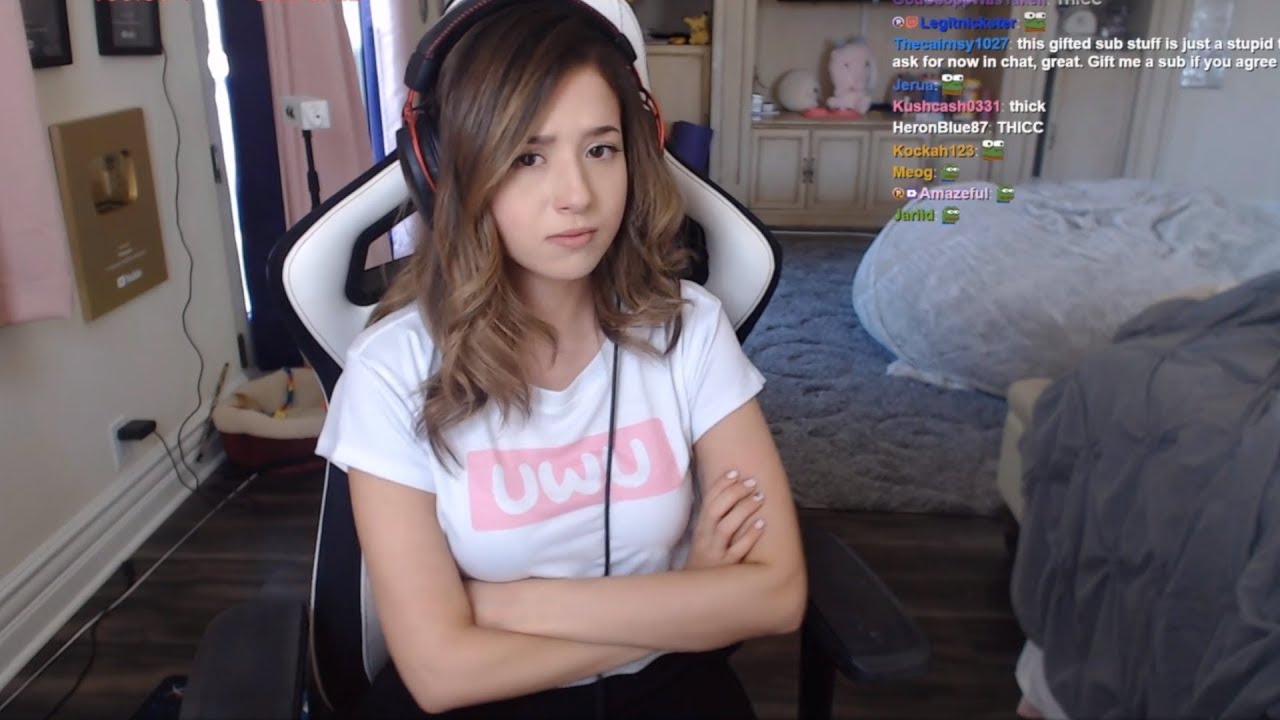 In a TikTok video, Twitch streamer Imane “Pokimane” Anys (26) warns of a sophisticated and elaborate scam that she almost fell for. She says people contacted her claiming to be a representative of an lingerie company that they said was trying to recruit Pokimane as an advertising partner. Apparently, they only had in mind to scam pictures of their bare breasts. Pokimane warns small content creators in particular about the scam, which is complex and scary.

How was the scam of the scammers? The successful Twitch streamer says in a video on TikTok (via tik tok):

She got an email from people pretending to work for an lingerie company, which Pokimane was just talking about in one of her recent videos. Pokimane says she likes this company’s bras because they’re comfortable.

There was a bit of small talk in the first email, apparently an advertising deal was in the offing. Pokimane explains that this is normal. Companies would often thank you for a mention and seek the streamer’s proximity for PR campaigns. The 26-year-old is apparently open to such deals: if the company wants to work together and you like their stuff anyway, why not?

In a second email, the scammers asked for Pokimane’s body measurements in order to send her exhibits from the new “collection.” We were talking about three tailor-made bras.

For Pokimane it was all okay so far. It is known that she generates a large part of her income through exactly such cooperations and sponsorships and therefore does not depend on donations from viewers. In 2020 she even introduced a limit on how much you can send her via Twitch.

“They wanted me to send them photos of my bare chest”

So where was the catch? Pokimane says:

That’s when she understood that she was talking to a scammer the whole time.

Why did she almost fall for the scam? As Pokimane tells, the scammers went to great lengths to appear as real as possible. They would have sent her e-mails from credible e-mail addresses, even forwarded e-mails from her supposed boss and created a professional PowerPoint presentation:

The effort they went to is both ridiculous and terrifying at the same time. I can’t even imagine what they would have done with the photos – they could have blackmailed me, maybe asked for money.

Pokimane says: When she shared her experience with a friend, she explained that her manager fell for such a scam and made her send photos and information to a scammer. It wasn’t anything bad, but still.

What are your tips to other streamers? Pokimane says people should definitely set up a PO Box and not give companies their actual address. People should be careful about what information they give out and should not trust anyone using a Hotmail address.

It’s hard to imagine what people would have done with nude photos of Pokimane. Her fear of being blackmailed is easy to understand.

Other streamers report that images of their faces are overlaid on videos and photos of women engaging in sexual acts: