Path of Exile will get its next league in patch 3.20.0 on December 9th, 2022 – the whole thing has only just been revealed! The update is called Forbidden Sanctum and lets you enter the dangerous halls of a lost Templar enclave. Many dangers and rewards await you there in the best PoE manner. The inspiration for the league mechanics was a completely different genre: roguelike, i.e. games like Binding of Issac!

What will be the next expansion for Path of Exile? Update 3.20.0 now has a name and features a cool boss fight in the teaser trailer.

Path of Exile: After much criticism flies the #1 hate system out of the game

Path of Exile players have long complained about Archnemesis’ mechanics – now the mechanics are flying out of the ARPG again.

Path of Exile goes Roguelike: Forbidden Sanctum – how does it work?

In the new expansion, as you explore Wraeclast, you’ll unlock rooms for the Sanctum, which you’ll then be able to explore when you’re ready. This costs Willpower every time, a kind of health bar that is affected by hits from monsters and traps. So initially, you probably won’t reach the end of the Sanctum before your willpower runs out and you have to exit the Sanctum. 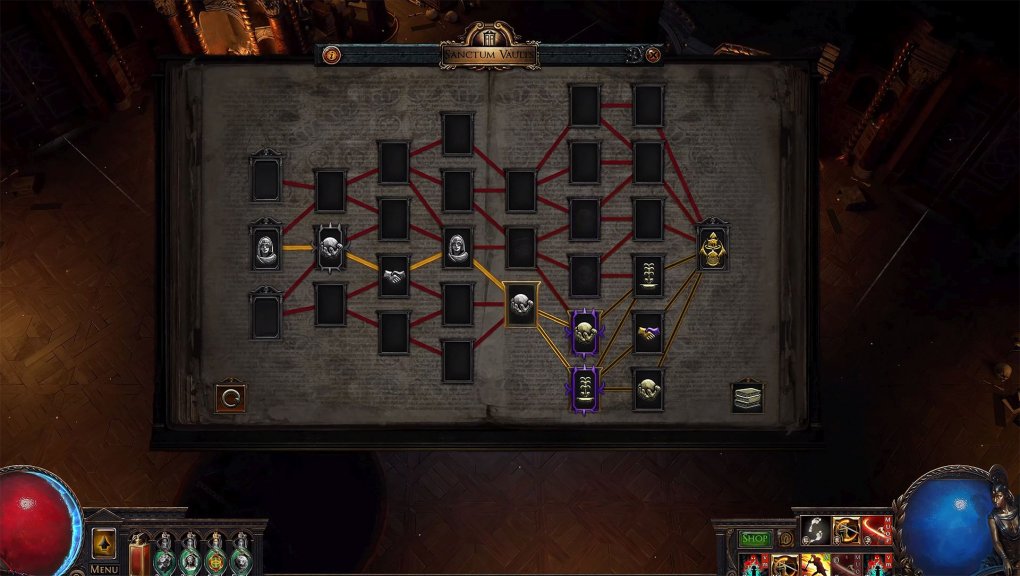 In Path of Exile: Forbidden Sanctum you gradually work your way through the rooms of the lost Templar enclave.


As befits a roguelike, depending on whether you’re lucky or unlucky, you’ll find rooms where you can rest and refresh your willpower, or ones where you’ll be given a “burden” debuff. Likewise, there are also blessings that help you. For example, you can get more of the exclusive Sanctum currency Aureus (necessary for run-exclusive goodies) or deal with the fact that you can no longer regenerate willpower in this run! Cursed Pacts even combine a strong boon with a strong burden, like “You lose 50% less willpower in boss rooms” + “You lose 100% more willpower in rooms without a boss”. 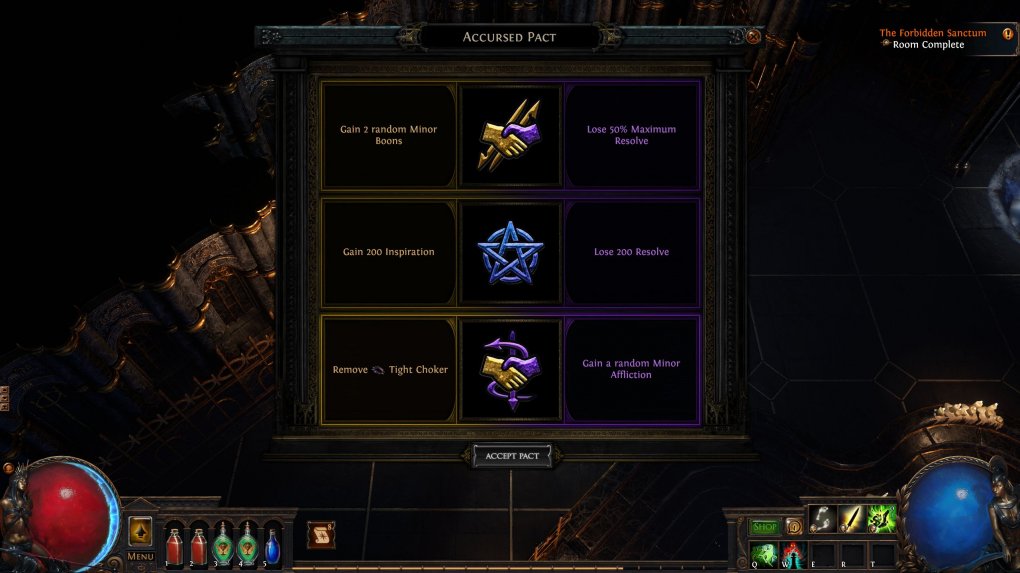 
In addition, it is also important to take nasty risks for rewards: Do you accept a small currency reward immediately? Or do you want to get more if you complete a whole level? Even more if you complete the Sanctum? You will need to weigh how confident you are that you can complete the challenge set out. Especially since unique bosses await you – random mini-bosses, floor bosses and an “ultimate battle against the being that rules the Sanctum.” 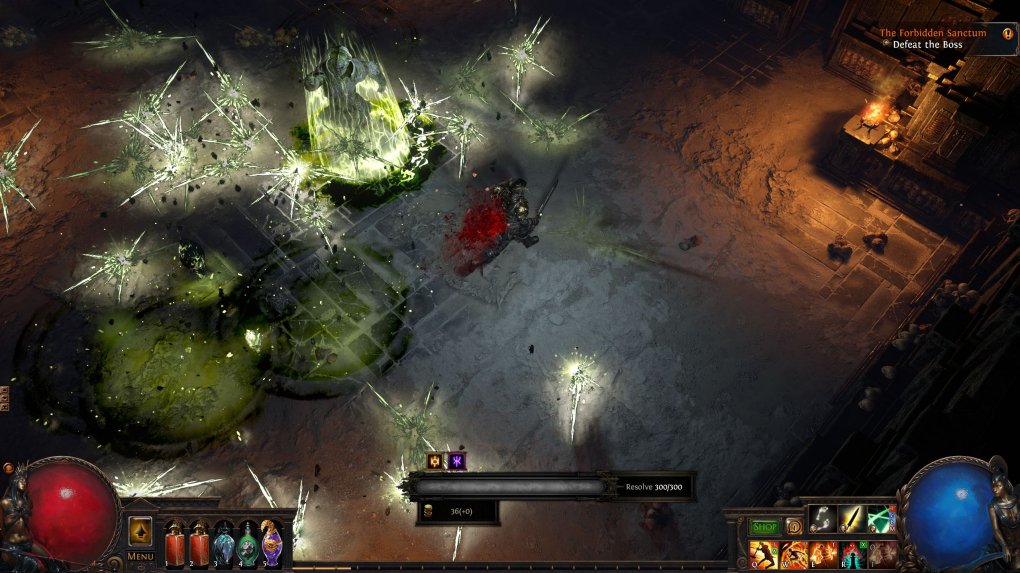 
On the Official Path of Exile Update 3.20.0 page you will also learn more about Atlas endgame changes, brand new skill gems, unique items as well as the dropping of Archnemesis. Patch 3.20.0 also brings with it the ultimate hard “Relentless” mode, which is only aimed at a few players who are really masochistic.

Garmin Philip
See also  Pokémon Go: When the developers want to force the players to their "luck".