WoW: Raszageth is already a better villain than the Jailer was in 2 years 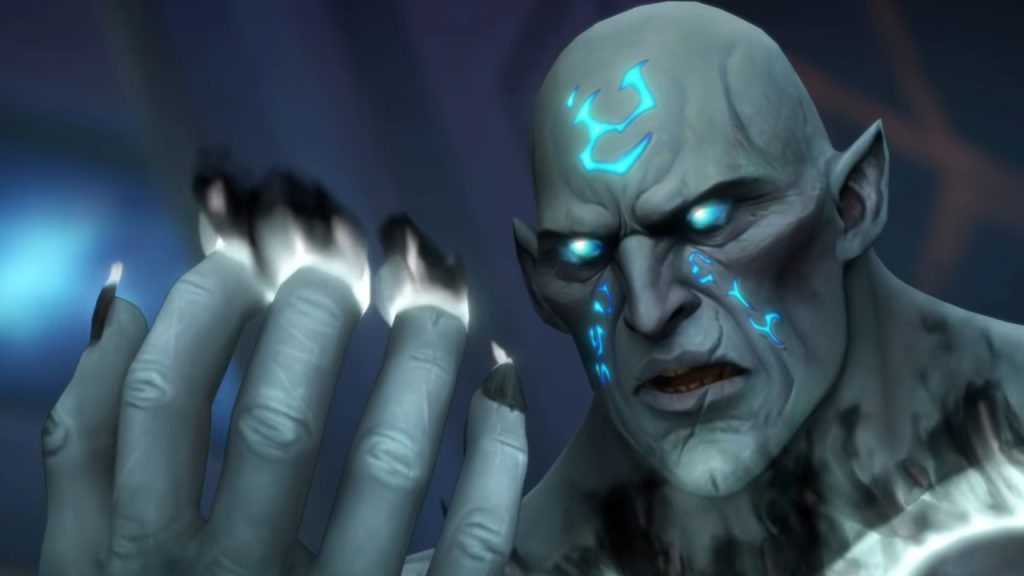 The newest enemy in World of Warcraft convinces – and is already better than the “legendary” jailer.

World of Warcraft Dragonflight has been playable for a few days now and most are slowly but surely getting through the initial story. Unlike Shadowlands, Dragonflight makes it clear what the expansion’s “villain” actually wants – and their motivation is understandable.

It’s already clear that this makes Raszageth a better enemy than the Jailer ever was.

Of course it has to be said that the bar with the jailer is also pretty low. He was touted as the ultimate evil, as the big string puller in the background who not only devalued many years of the Warcraft story, but sometimes led it ad absurdum. Not only has it alienated longtime fans of the story, it has also artificially—and completely unnecessarily—made it far more important than it actually was.

This was paired with the problem that you didn’t notice much enough from the jailer. He was always the string puller in the background, but apart from a few sentences in the throat at the beginning, the jailer was surprisingly little present. He was one of the characters with the fewest voicelines in the entire expansion, which meant that far too little was known about him and eventually people just didn’t care anymore.

Worse still: Important quests, in which you learned something about his motivation and his actions, were subsequently even removed from the game because you wanted to “force” the players to use less Torghast. The corresponding quests were then simply no longer available.

He was just plain boring and the fact that you only got to know the jailer very superficially while he was (allegedly) pursuing such ingenious plans that a mortal can’t fathom made you just roll your eyes in annoyance.

Raszageth is not only evil, but thought-provoking

Dragonflight’s antagonist is different. We’re talking about Raszageth the Stormeater. She is a leader of the proto-dragons, one of the great “primordial incarnations” and the initial “great enemy” of Dragonflight.

Although Raszageth is quite a blank slate so far, because neither she nor her siblings are really known, Blizzard has done a really good job this time to explain what the electrically crackling dragon lady actually wants.

She wants to free her siblings who were captured by the aspects in the “War of the Dragons” and then cleanse Azeroth of the “corruption of the titans”. At first glance, this may seem dazzled and presumptuous, but she has good arguments.

From their point of view, it is the Dragon Aspects and their swarms that have been “corrupted”. After all, they have moved away from what they once were, abandoning their elemental connections in favor of being reshaped by the titans.

Another key reason why Raszageth is significantly more compelling than the Jailer is her motivation and rationale for doing what she does.

That the titans “spoiled” the dragons cannot be dismissed without a doubt. It’s a fact that Azeroth was more permeated by the elements back then and that was the “natural” way of things. The titans later “ordered” Azeroth, transforming some of the proto-dragons with their magic. Titans belong to the cosmic power of order as demons belong to chaos or the Old Gods to the void. It is a cosmic force that has profoundly and dramatically affected the course of events on Azeroth.

Another positive point of Raszageth is simply that she represents an understandable point of view. She and her siblings are what originally lived on Azeroth. From their point of view, the dragons as we know them today have submitted to the Titans and this physical and psychological change.

Of course, we have a generally positive relationship with the titans because the characters of the world have come to know them as good creatures. But the exciting point here is: we see them as good because we are imbued with their titanic power. The Guardians, the dragons, and all the mortal races are essentially derived from and influenced by the titans.

When you break it down to its essence, the current dragons are nothing more than demons for the Burning Legion or void-infested beings for the Old Gods. From the point of view of the proto-dragons, the rest of Azeroth has been “corrupted” by a cosmic power – and we are part of this corruption, which for us is everyday life and therefore “good”.

It is well known that the titans do not tell us the whole truth.

If we saw the Aspects bathing their dragon eggs in fel blood, alarm bells would ring for all of us. However, if the dragons are raising their eggs in water steeped in titanic Order magic, then that’s “the normal way of things” for us – although that’s actually just as unnatural.

While Raszageth holds a fairly drastic view that everything titanic must be expunged from the world, similarly drastic views of light or the titans also leave no room for other cosmic forces.

The final point is the presence that Raszageth has in the story. Unlike the Jailer, who you almost never see, Raszageth is seen from time to time. In the first area, she appears in person and engages in an exciting duel with Alexstrasza. In the second area, she is represented by some of her emissaries, while later she appears directly again.

Blizzard has managed the balance between “permanent threat” and “not annoying too much” quite well here. Raszageth takes space, making the issues clear while still giving enough room for other side stories and more personal issues to unfold in the Dragon Isles.

It remains to be hoped that the developers will stick to this narrative style and make the other original incarnations similarly impressive, understandable and yet threatening.

How do you like the story of Dragonflight and the way Raszageth appears? Does she feel like a “good” villain to you?