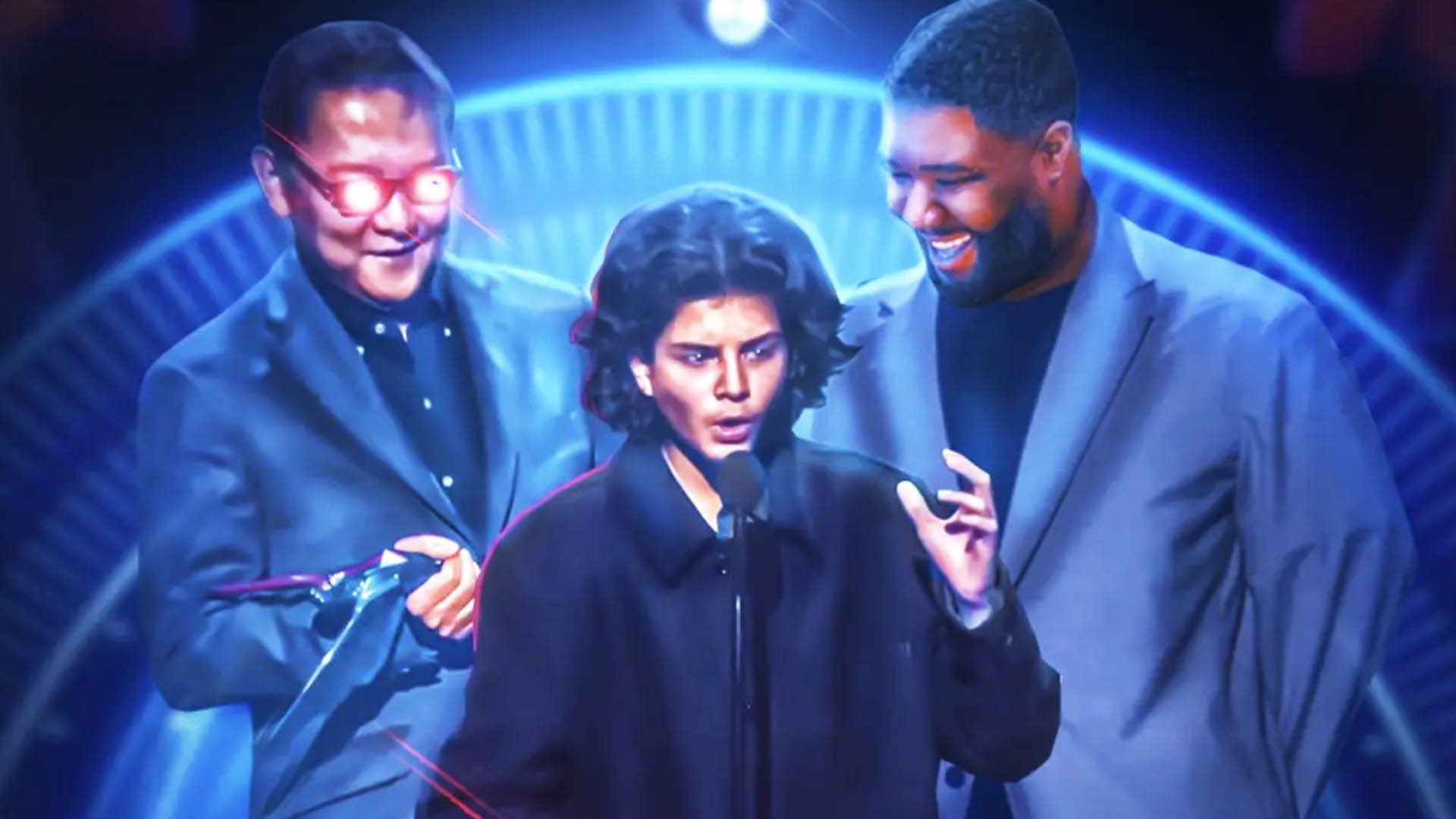 A youthful prankster has during the Game Awards unnoticed among the development team of Elden ring smuggled and grabbed the microphone herself at the end of her speech. In his brief speech he nominated Bill Clinton for the award.

Actually, From Software’s speech for their game of the year crowned masterpiece “Elden Ring” should have been the Closing Game Awards 2022 ring in, but an unknown young man stole the show.

What happened? When the development team was called onto the stage, the stranger crept onto the stage unnoticed. As he explained in an interview afterwards, he had himself already positioned close to the developers beforehand.

Neither the security nor the developers themselves noticed the youthup to the point when he spoke up after From Software’s speech:

“Hey, it’s my turn. I just want to say a quick thank you to everyone and to say that I would like to nominate my Reformed Orthodox Rabbi, Bill Clinton, for this award. I thank you all.”

Who is he? In an interview with Games journalist Jason Schreier the 15-year-old presents himself as matan before. Also on that Twitch channel NeonSniperPanda he explains himself. He was inspired by the former US President:

“Bill Clinton represented very important values. The reason I called him a Reformed Orthodox Rabbi is because he believed in Jewish values.”

Maton’s action was not without consequences. He was temporarily detained and has since become the subject of countless memes. Maton had too previously attracted attention with Free Hong Kong campaigns.

While some found his demeanor hilarious and praise him for not interrupting From Software, others see them as clumsy attention-seeking troublemakerwhich stole the developers’ moment.

Also accusations of racism made the rounds because he wore sneakers from the brand of the alleged anti-Semite Kanye West. Matan himself expressly denies this. What do you think of his behavior?