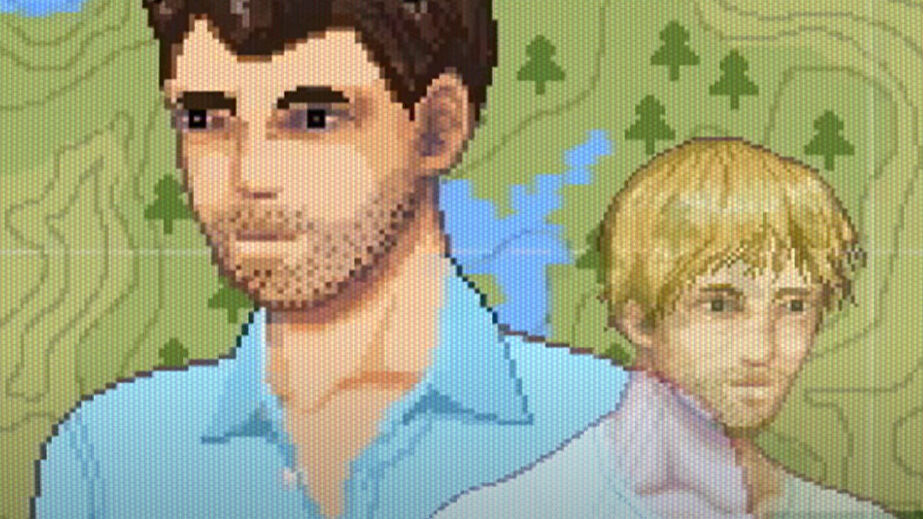 It’s been 17 years and a week since Brokeback Mountain happened, and indie dev Robert Yang has taken the spirit of the movie and turned it into a free to play romance visual novel. That Lonesome Valley lets you play out the relationship between two young herders working alone together out in the American wilderness. Yang gives a content warning for the game, which contains pixel art nudity and sex sequences. You can watch the first ten minutes of That Lonesome Valley below.

I still haven’t seen Brokeback, but Yang also compares the game to Firewatch and Death Stranding, mostly thanks to the hiking. That Lonesome Valley sees sheepherders Jose and Bud gathering those most elusive of even-toed ungulates, and finding their way around their relationship in the Wyoming countryside.

This isn’t just a retread of Brokeback Mountain though. Both Bud and Jose are very aware of Brokeback, and reference it during the game. They’ll need to navigate how they feel about each other while avoiding getting physically lost, which you should be able to manage if you stick close to landmarks and follow the in-game map. Yang goes into more detail about That Lonesome Valley’s development, and the gay cowboy trope, in an interesting blog post here.

It sounds like the trickiest part of the game might be getting the sheep to like you, rather than the romance between Jose and Bud. You’ll need to sweeten them up by feeding them carrots, and using the geography to slow them down. Yang says it’s easier to concentrate on taking a few sheep back to the flock than a big group in one trip.

Yang originally prototyped That Lonesome Valley as part of the Gay Western Jam he organized back in 2019, but says that it’s now complete. It should only take about half an hour to play through the game. “It doesn’t always work out, but you know, that’s life,” Yang advises. Wise words.

You can play the entirety of That Lonesome Valley for free in your browser over at itch.io. Yang’s also offering the game as a download and you can pay whatever you like. Now, I should probably go watch Brokeback Mountain.

Disclosure: Just a heads up that Robert Yang’s wrote some great articles for RPS before.