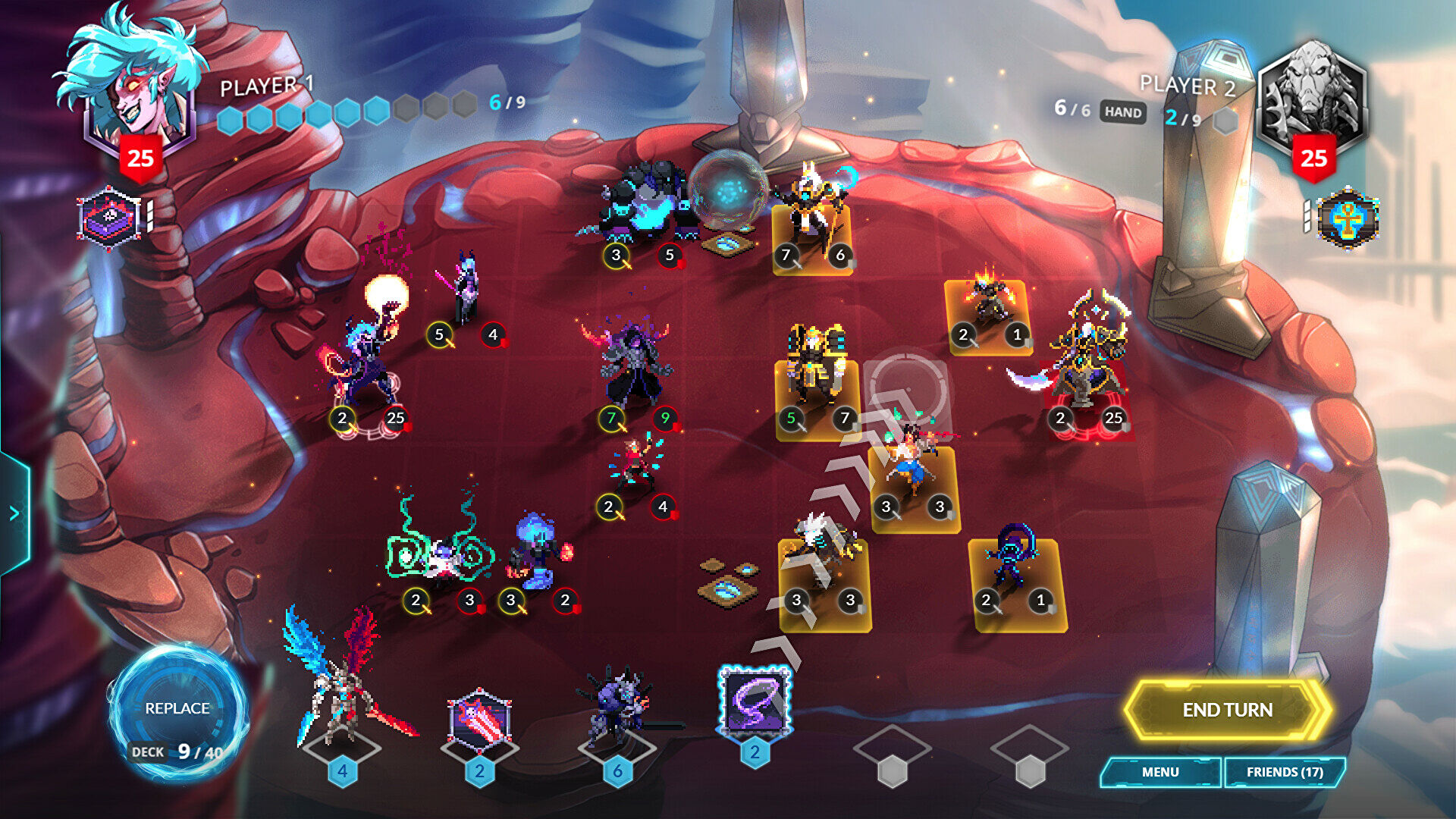 Duelist 2! It’s a thing! It’s a thing with a free public beta you can play right now, and it’s a good enough thing to be worth the risk of your boss coming over to ask why your screen is full of gorgeous battling wizards and creatures rather than spreadsheets.

Duelyst the first boasted a dead clever combination of card-battling and physical manoeuvring, a bit like Marvel’s Midnight Suns but better and multiplayer. I was sad when it died. This is by a different team of developers, and it’s more of a revival with a few tweaks than a true sequel. Who cares, I can play Duelyst again.

Like a lot of card battlers, Duelyst is about punching all the numbers out of your enemy’s health bar before they can do the same to yours. The twist is that your health is attached to your general, who can move about the board, hiding behind summonable minions while dishing out damage themselves. Familiar concepts get a whole lot more interesting when they’re intertwined with positioning, like the way minions with the taunt ability only force neighboring units to attack them rather than bluntly affecting every enemy on the battlefield. It never feels like your deck is playing itself.

Duelyst was my first great card game love, and the one match I’ve played of Duelyst 2 so far seemed identical. Too long had passed for me to notice the two major tweaks, which are that you now draw two cards at the end of your turn instead of one, and the abilities attached to Generals have gone. New developers Dream Sloth Games say that’s because they were too hard to balance, which seems a shame.

The devs say they’ve “revamped the core set of cards from the original”, specifically cutting back on random chance effects. They also plan to “release expansions tailored to the more expressive, strategic gameplay of Duelyst II”, and say card progression should be more generous than in the original due to their focus on selling cosmetics. The full release notes are here.

You can (and should!) jump into Duelyst 2 for free onSteam.