Hell Let Loose was considered the “anti-battlefield” for the Steam release – How is the WW2 shooter 2022 doing? 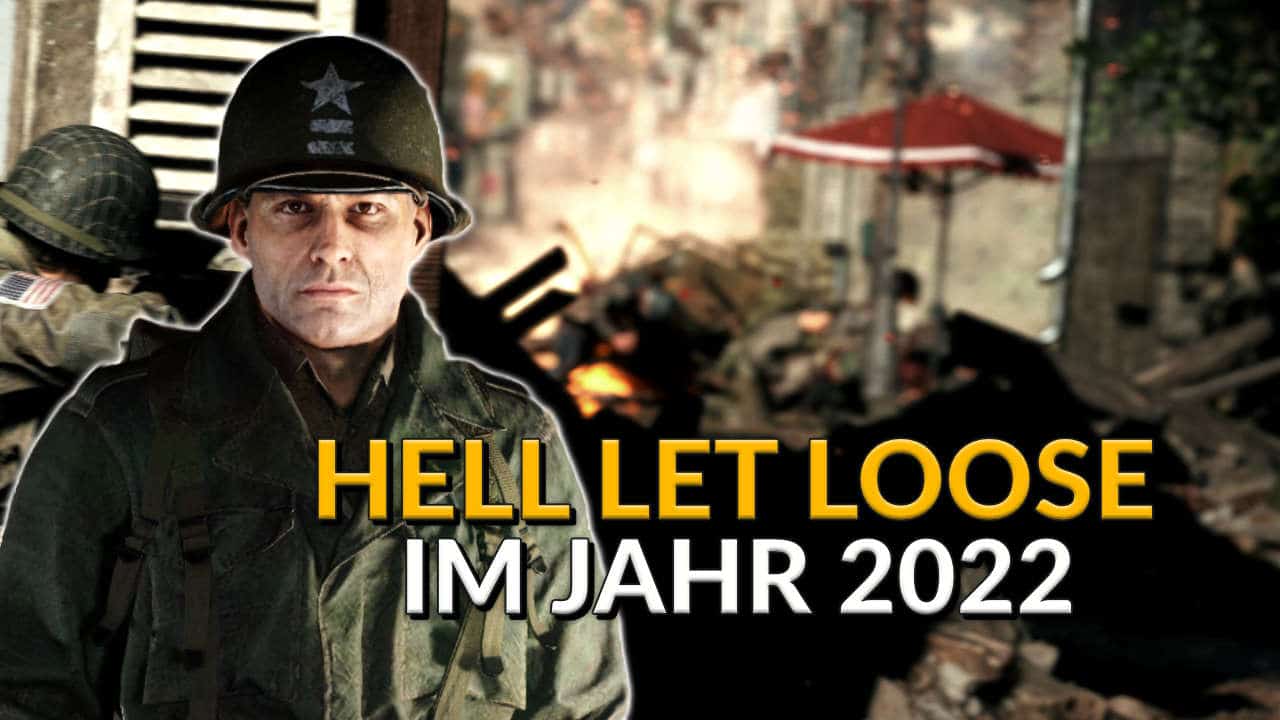 What are the current player numbers? When Hell Let Loose entered Early Access in June 2019, the WW2 shooter was averaging 1,600 players on Steam. For more than a year, the average number of players remained below the 2,000 mark.

In 2021, Hell Let Loose experienced an upswing. The number of players increased steadily, the official release and leaving the beta phase also made for a big leap. In April 2022, an average of 6,300 players played the hardcore shooter (via steamcharts.com)

What is meant by ‘anti-Battlefield’? Hell Let Loose is a World War II shooter. But instead of relying on comparatively nimble movement and fast gunfights like the competition in Battlefield V, Call of Duty: WW2 or CoD: Vanguard, Hell Let Loose focuses on realism and takes away any tools from the player.

You can read here why MeinMMO editor Jürgen Horn saw the “Anti-Battlefield” in Hell Let Loose about 4 years ago:

How does Hell Let Loose compare? In order to be able to better classify the numbers, we have to look around a bit on Steam. It is noticeable that Hell Let Loose is in prominent company in terms of player numbers.

With Battlefield V, another WW2 shooter is within reach. The EA DICE shooter had an average of 9,277 players in April (via steamcharts.com). However, while EA Shooter lost almost 1,700 players compared to the previous month, Hell Let Loose added almost 600 players.

We also saw an upsurge in hardcore shooters with Squad. The title averaged 10,000 players for the first time in April, setting a new record (via steamcharts.com). This is a development that is also conceivable with Hell Let Loose, since it is also a hardcore shooter specified for realism.

We see a contrast with Battlefield 2042. After a lot was expected of the shooter in 2021, the player numbers are comparatively modest with 2,140 average players in April 2022 (via steamcharts.com).

The hardcore shooters Hell Let Loose and Squad, unlike the two Battlefield titles, have seen a significant increase in their own player numbers over the past few months.

What kind of game is this? Hell Let Loose is a multiplayer shooter set in World War II. Up to 100 players can compete against each other at the same time on historical locations. The focus is on realism and strategy.

Hell Let Loose is considered a hardcore shooter. The game does not provide the player with any separate aids. There’s no crosshair, hit marker, or kill confirmation, for example.

You are on your own with your armament and your team members on the grim battlefield. Commander, other squad, or artillery support must be requested by your officer.

In general, there is nothing in Hell Let Loose that does not belong in the setting. There are no colorful skins or the like. The weapons behave like their real counterparts and each soldier has a special role. That is why communication and tactics are extremely important for success.

In Hell Let Loose, a microphone is very important. Communicating with team members is a big part of the game. Many servers require players to have a microphone. But if you get involved, you can get to know numerous players. Many servers are designed for a specific region or language.

Every day there are well-filled servers on which only German is spoken or should be spoken. Of course you can also play on English-speaking servers. A server browser gives you the opportunity to decide for yourself.

Hell Let Loose was not only able to record an increase in the number of players. The reviews on Steam are also very good. Out of over 46,000 player reviews, 87% are positive. The hardcore shooter is doing better than ever in 2022.

Have you tested Hell Let Loose and if so, how did you like the realistic WWII gaming experience?