Nice vampire worries about his prisoner in V Rising: “Let me treat my waifu better” 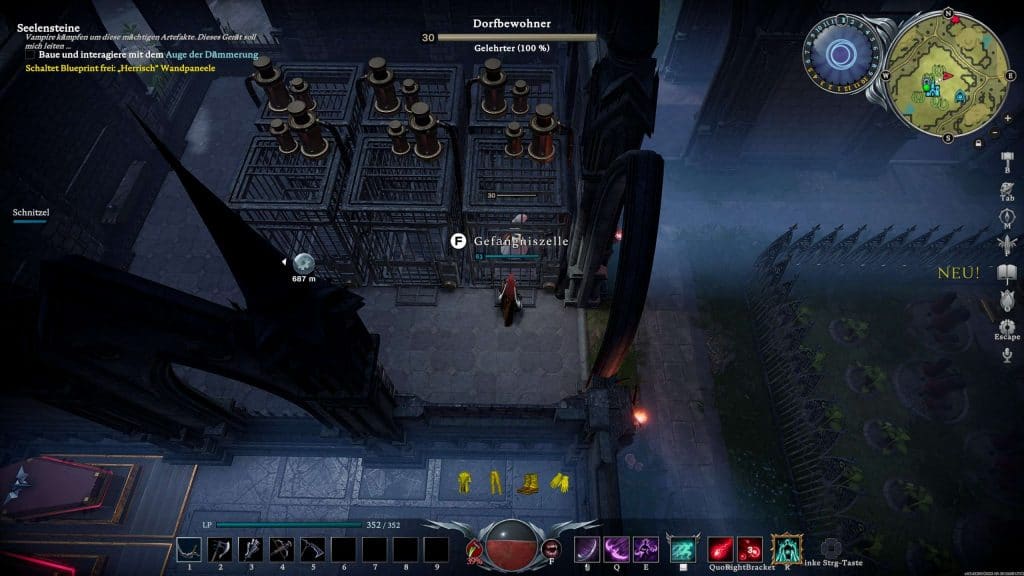 In V Rising you play a vampire, the monster you normally fight in other games. This is accompanied by some peculiarities – for example, that you are quite evil. Apparently, some players don’t like that.

What are prisoners in V Rising? In the new survival hit on Steam you have the opportunity to capture people. You can simply bewitch them and then lock them in a small cell in which they can just stand or even sit.

The aim is to draw their blood as needed. In V Rising there are 6 different blood types with special effects and different grades. If you find a person with 100% pure blood, you want to “milk” them as much as possible. To do this, you can simply lock them up and draw blood.

Captives lose health when bleeding and gain Misery. Misery increases the damage they take when drained. In order for them to serve as a blood supply for as long as possible, you must provide your prisoners with food and keep their misery to a minimum. So treat them “well”.

All information about V Rising can be found here in the video in 2 minutes:

“Give us a kitchen to prepare meals”

What is the problem? Unlike your vampiric minions, prisoners need food. You can only provide your prisoners with 4 items at the moment:

As you can imagine, life as a prisoner may not necessarily be pleasant. In addition, villagers of certain blood types (workers and scholars) are often just poor bastards begging for mercy.

To the reddit user AngryMobster it’s all a little too mean. He has captured a scholar with 100% pure blood and wishes he could treat her better:

I understand that it’s part of vampire lore to treat humans like cattle. But my playthrough just got so much better once I found the 100% Scholar. […] So of course I want to treat my captive better. Keeping her not only alive, but good enough to keep her in my service.

He even jokingly calls her his “waifu,” meaning his “wife.” A lot of people jumped on that, but his point is actually quite different.

This is the player’s idea: AngryMobster comes up with the idea of ​​preparing meals in a kitchen. That would also justify a dining room, which should actually be in every castle.

The meals could increase loyalty. And once this reaches the maximum, prisoners could just be left roaming around the castle. As a treat, it should then be possible to even drink directly from them and not just drain the blood.

The system would also avoid having to go fishing. Apparently, some players are bothered by having to use this feature, because you usually get gundel, trout and white fish from lakes. But it is annoying to have to find exactly these 3 varieties.

The post accumulated over 224 upvotes in one day. For the V Rising subreddit, that’s an above-average amount. What do you think about the idea?

Despite the fact that prisoners get it pretty bad in V Rising, their blood is extremely important to the game. We want to know from you: Which blood do you actually prefer to drink?