WoW: This is how you unlock the “Dark Rangers” for elves 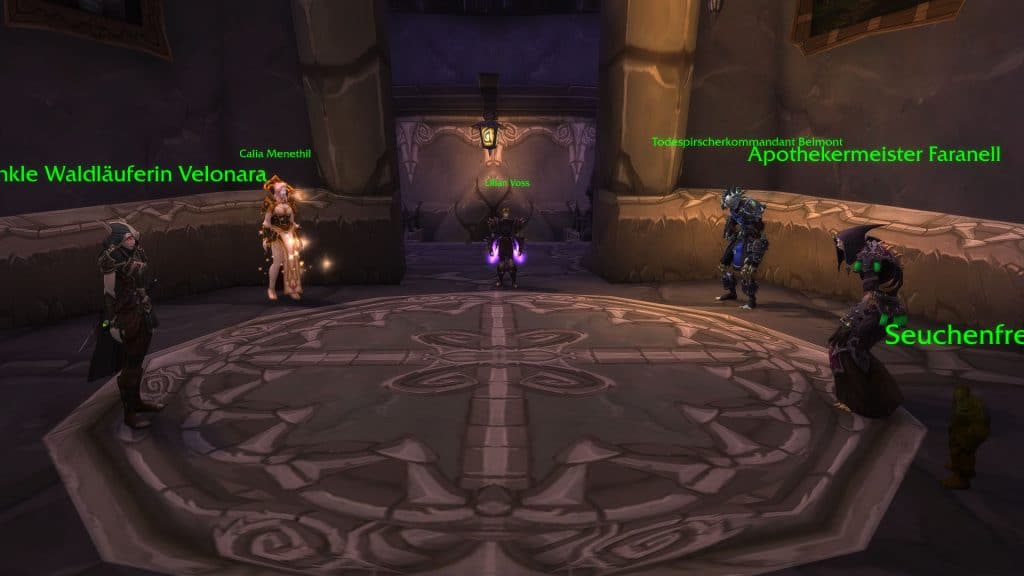 The Dark Rangers are the highlight of Patch 9.2.5 in World of Warcraft. We reveal how you can unlock them.

With patch 9.2.5, World of Warcraft has added a little treat to the game, which was relatively unexpected. Players can unlock new cosmetic customizations for three of the Elven races. This gives them the opportunity to optically take on the appearance of the “Dark Rangers”. These are undead elven hunters whose souls were forced back into their bodies by either the Scourge or later by Sylvanas.

The customizations aren’t just for hunters though, they can be used by all classes with the exception of death knights and demon hunters.

Which races can get the adjustments? The adjustments are available to all elves who have had rangers in the recent or ancient past. These are:

By the way, the achievement applies to all accounts. So you don’t have to complete the quest with an elf, you can use any other character for it and then use the unlocks for other characters.

The conditions: To unlock it, you first need a level 60 character who has also fully completed the Pact campaign, i.e. has experienced the finale in Zereth Mortis and the condemnation of Sylvanas.

First of all, almost all steps of the quest line are full of dialogue options, both in spoken word and in written text. So if you’re interested in the story, you shouldn’t run away straight away, but listen a little longer. Of course, this is not necessary for activation.

The start: You can then travel to Oribos and see Genn Greymane. Already on the map you should be able to see that he has a new quest called “Eyes of the Wolf”. The quest wants you to travel to Tirisfal Glades to accompany Calia Menethil there.

After that, most of it is self-explanatory.

You will then receive the “Return to Lordaeron” achievement. From then on, you can use the new customizations for your Night Elves, Blood Elves, and Void Elves. This can be done either with the barber or when creating a new character. At the same time you also get the title “[Spielername] von Lordaeron”, which should probably please some role-playing fans in particular.

Have you already unlocked this cosmetic adjustment?