WoW kills important character and only engineers can see the truth 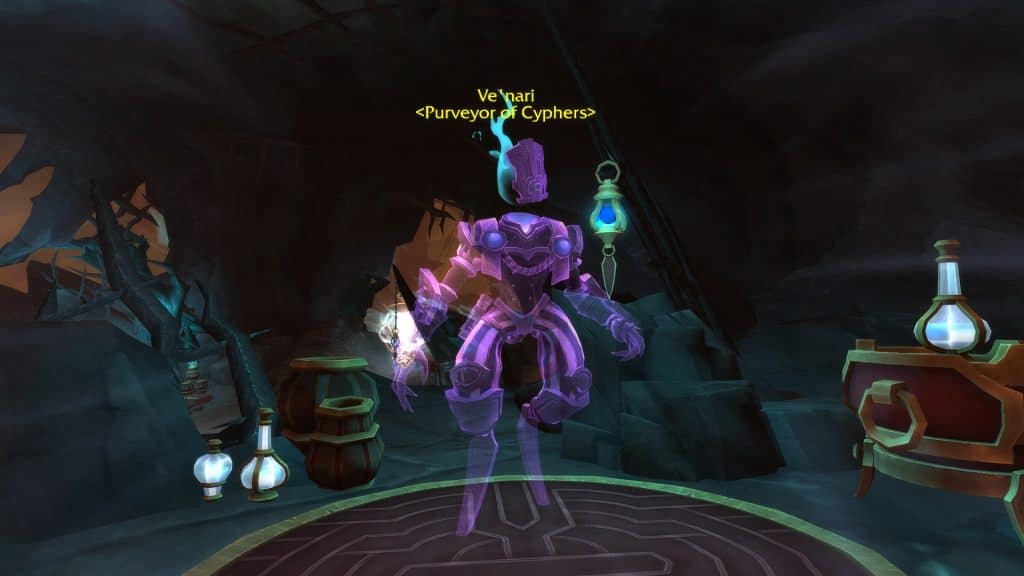 The mediator Ve’nari is dead. At least her body has been found. But only engineers in World of Warcraft can discover the truth.

Patch 9.2.5 brought many small changes not specified in the patch notes. One of them concerns one of the most important characters from Shadowlands: Ve’nari. It just seems to have disappeared. Worse still, players have found her body.

But is the friendly mediator really dead?

Who is Venari? Ve’nari is an agent of Cartel Ve and was of particular importance to the players in the Maw. It offered the only safe place in the Maw, and also offered many items to aid players in Torghast or the Maw. Also, many quest lines revolved around Ve’nari, who always seemed a bit dodgy, but ended up helping the players.

Exactly what Ve’nari wanted in the Maw was never quite clear, but she had many captors behind her who wanted to stop her at all costs.

What happened? If you want to visit Ve’nari in the Maw in patch 9.2.5, you will notice that the mediator has become surprisingly transparent. This is because she is no longer in her sanctuary, leaving only an Echo of herself that still functions as a trader and quest giver.

The Echo says that “she found what she was looking for” and this is Zereth Mortis. Thanks to the player, she now has “All the Stygia to finally bring her plan to fruition”.

However, she does not reveal what exactly that plan is.

Where is Ve’nari’s body? Those who go to the Creation Catalyst in Zereth Mortis can discover the corpse of Ve’nari there. She’s lying on the ground and if you examine her body you’ll find out what happened:

Something must have gone terribly wrong.>

Most players can examine the corpse more closely, but that doesn’t provide any new information, just that it “must have been over quickly”.

However, if you are an engineer with some skill points in Shadowlands, then you will get additional information:

However, you are not sure what to do with it. Perhaps only time will tell.>

What does that mean? Most of all, I guess that means Ve’nari faked her own death. It is not yet clear whether she only wanted to deceive hostile cartels or us as players as well. What she intends to do with it also raises questions. Perhaps she managed to create something at the Creation Catalyst that later turned out to be particularly powerful.

Is this a secret or a teaser? The community is now puzzling over whether Ve’nari’s supposed corpse is just the beginning of a new, big mystery or just a small teaser and indication that Ve’nari will appear again in an upcoming expansion.

It is interesting in this context that there is a new toy in the files of Patch 9.2.5, namely the “Storage Wisdom Device”. So far, the item can only be found in the game data and not in the collection. However, that in turn could mean that the toy is the reward of a secret.

What do you think is behind Ve’nari’s death? Is this just the beginning of a long mystery? Or is this a little teaser that Ve’nari is making a comeback in the future?