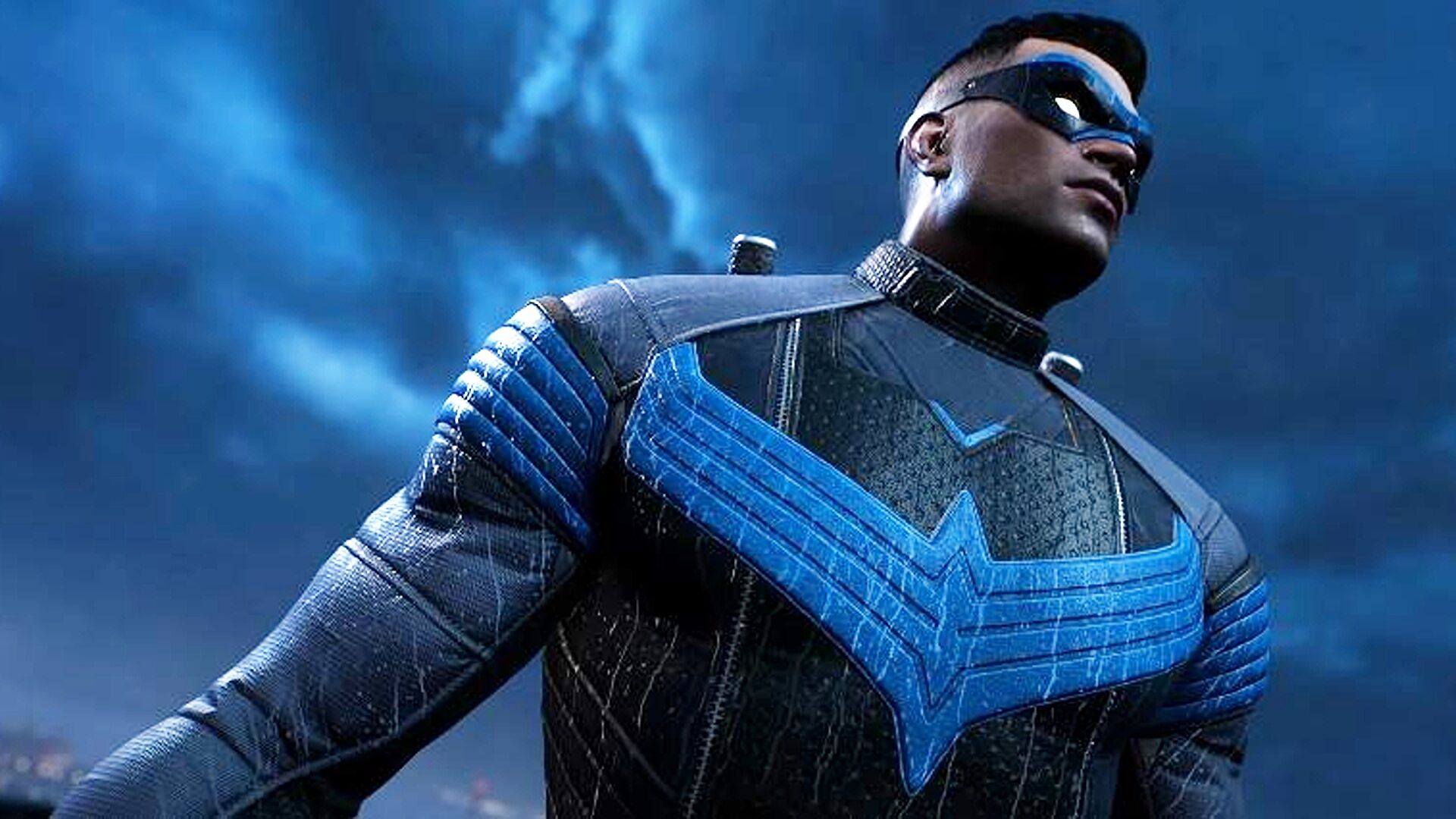 Na-na-na-na-na-Nightwing! See, who misses Batman anymore? Not former ward and sidekick Dick Grayson, who was happily kicking faces and twirling about like the aerial gymnast he is at tonight’s Summer Game Fest, live from Gotham City. Oh wait, that was new footage from Gotham Knights? Okay then, well, you better watch the trailer to find out more.

We already saw a bit of Nightwing when Gotham Knights last swooped down from the rooftops last month, along with another fellow former Robin: the Red Hood. I’m a bit disappointed there wasn’t something about the other two squires of Batman set to feature in the game, Batgirl and Tim Drake’s Robin. Hopefully we’ll get to see more of them in the months before Gotham Knights is released.

At least Warner Bros. flaunted some of Nightwing’s extra costumes, one of which was reminiscent of his classic ‘disco’ suit period, complete with a slightly fancier bird-style symbol. Another one leaned fully into old-school Nightwing, replete with ponytail and shoulder pads. Very cool to see! Although it was quite difficult to make out much detail on that one because of how almost Dick was twirling. Don’t laugh, you’ll set me off too.

The best part of seeing this trailer was hearing Nightwing’s internal pep talk to himself. He even got a little mention in about dear old departed Bruce, saying “I got this.” Aww, Robin’s all grown up.

Gotham Knights is out on Steam and the Epic Game Store on October 25th for £50/$60/€60. Keep tuned to RPS for more on the game as it happens – same bat-time, same bat-channel.

See also  100% Clothes Dryer These Washer Dryer are available in the price of normal washing machine!