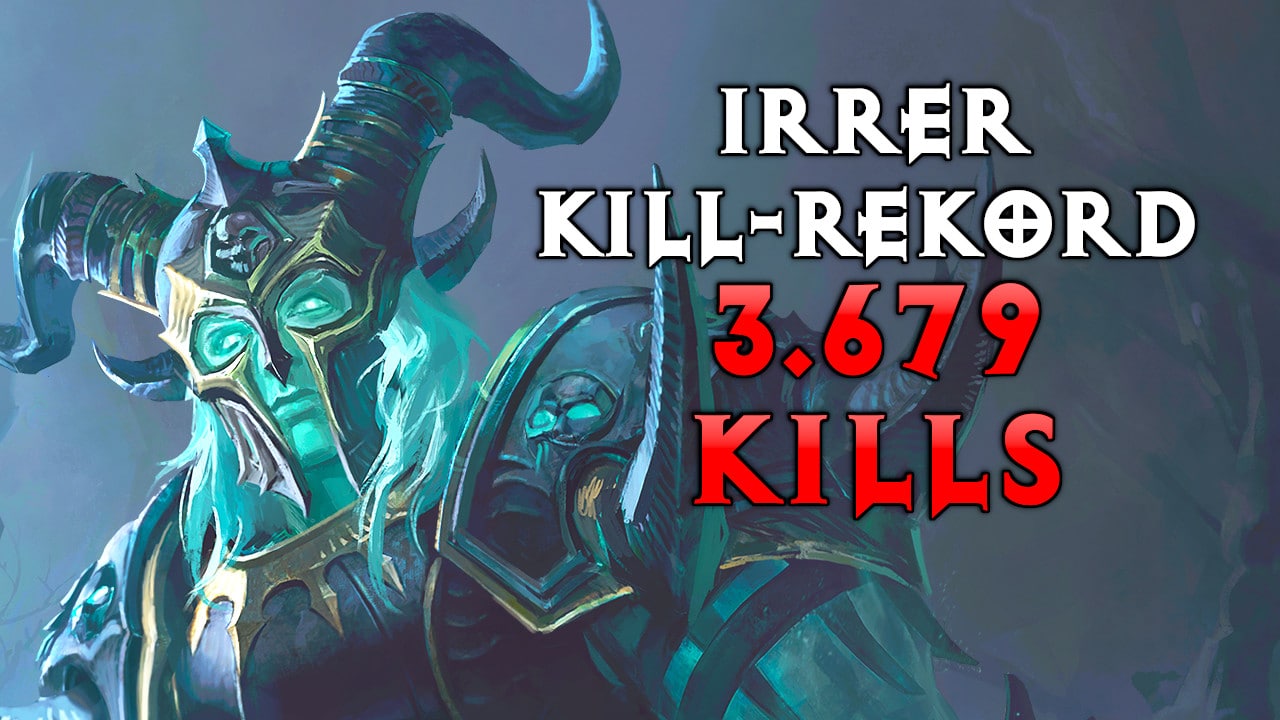 Many players are now jumping into the Diablo Immortal endgame grind. As in every part of the series, you have to kill tons of enemies to get loot and XP. A player now showed his record and comes up with crazy numbers.

This is the record: The player FKP2W showed on reddit a picture of his personal massacre record. There you can see his killstreak of 3,679 enemies.

A Massacre bonus comes about when you kill many enemies in a row and then fight more and more without ever leaving combat. They’re a popular way to farm experience points and shorten grind stages in the story.

Actually, the amount farmed here is around 700,000 experience points. Even more than a million would be possible.

How did the player do this? His simple answer: “We ran in circles.” He was with a group of 4 players in the archives of Zoltun Kull. There you will find The Hidden Alcove in the northeast.

The niche is quite small and many enemies that he and his team have dealt with keep spawning. The location is one of the alternatives to the best farming spot in Diablo Immortal that another player has already presented.

FKP2W says himself that he probably didn’t set a world record, but the achievement is still remarkable and so far apparently his personal achievement.

Massacre – The best method of leveling, albeit dull

That’s why it’s worth it: Massacre bonuses are by far the best way to level up. Especially beyond level 60 for Paragon levels when you can’t follow the story any further. Massacre increases the amount of experience points you get per kill.

However, another player explained that massacres do not bring any further advantage beyond 100 kills. Massacre grants your kills a multiplier that increases with each kill. At 100, however, the maximum is reached.

Each additional kill above 100 gives more experience than without a massacre, but no longer increases the multiplier. Simply put, 10 Massacres with 100 kills grant the same experience as a Massacre with 1000 kills.

Here you can find gameplay for all 6 classes. In our tier list for Diablo Immortal you can read which class is the best:

You can turn in Monster Essences in the Horadric Codex and get another chunk of XP for 10 pieces. In addition, the Codex entries contribute to the Battle Pass, which gives you even more experience points for leveling up. Another reason why the grind is so popular.

If you’re still having trouble farming or want to try higher levels of Hell, you should probably increase your combat rating:

Diablo Immortal: How to increase your battle rating