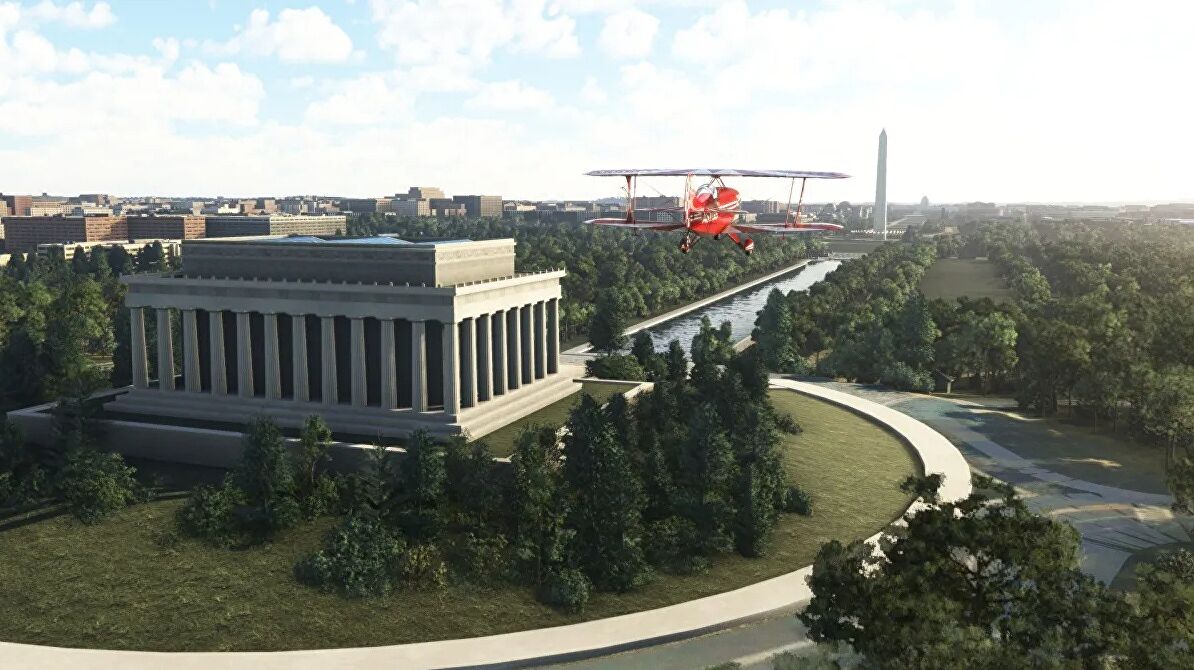 Microsoft Flight Simulator has been revising its world one country at a time, adding new monuments and landmarks and new photogrammetry to its cities. The latest update, released today, returns to the United States for World Update 10, and includes improved scenery for Seattle, San Francisco, New York and more, as well as landmarks from Disneyland to Blackbeard’s Castle.

All in all the update includes four new hand-made airports, 87 new “points of interest” (landmarks, etc.), and three new of each of landing challenges, discovery flights and bush trips. You can find all the release notes over on the Flight Simulator website.

I’m a sightseer in these games, so really it’s the improved scenery I’m interested in. I couldn’t tell you what the Lincoln Memorial looked like before in Flight Simulator, but I do think it looks great now. And there is something oddly compelling about being able to fly over Disneyland. I think I assumed Disney’s lawyers would come out and shoot you down if you tried.

This isn’t the first update to focus on the States. World Update 2 improved parts of the USA back in November 2020. More recent updates have focused on revamping European countries mainly – aside from those updates which added flyable vehicles from Halo, at least.

These world updates are free to owners of Flight Simulator, but they won’t download automatically. You’ll need to make sure you’ve updated to version 1.26.5.0 then download World Update X via the in-game library.