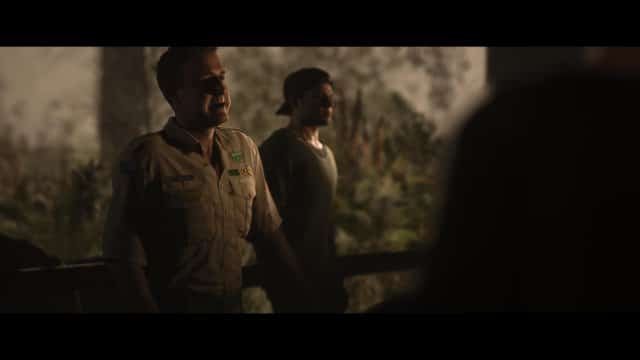 Knight Dirk did it

Ever since developer Supermassive Games gave scary friends goosebumps with Until Dawn on the PlayStation 4, the ladies and gentlemen from Guildford, England, have devoted themselves almost entirely to this one genre: Most of the time, a computer-generated film is unwound in front of the player’s eyes, in some scenes there is walking around in limited areas – and in between a lot of chatting. Meanwhile, the player’s attention should be kept up by short skill and reaction tests woven into the course of the game, which already helped knight Dirk in 1983 in Dragon’s Lair. Because if the player does not succeed in successfully completing one of these quick-time events, this means in most cases the certain and quite nasty screen death of one of the characters.

Mr. Hackett is dying to get the kids out of camp before nightfall.

This then follows a slightly different course of the story told, which is more or less merged with the remaining characters at the end of the game. Supermassive attaches great importance to the finely scanned and then realistically displayed faces and the associated emotions of the various protagonists in order to make the game really look like a real film. This game principle sometimes works quite well, as in Until Dawn, and sometimes less well, as in the three previous parts of the Dark Pictures anthology. The greatest feeling is, of course, getting all the characters served on a silver platter out of the matter unscathed, or enjoying their muddy staged demise. Now, with The Quarry, there is a new attempt to teach the player to fear in a modern and elaborate way.

In the 80s and 90s, the teen horror movies – often in the worst quality on VHS cassettes – celebrated their big breakthrough when their parents weren’t at home and a friend came over to “study”. But instead of math, there were the first encounters with Jason Vorhees, Freddy Krueger, Michael Myers, Leatherface, Ghostface, the Gremlins, the Creeps, the American Werewolf and many more that resonate with fans to this day. At some point the genre just celebrated itself and even the long list of clichés was dutifully worked through again and again in order to push the bloodthirsty followers into their seats in front of the blinker box or in the cinema hall. 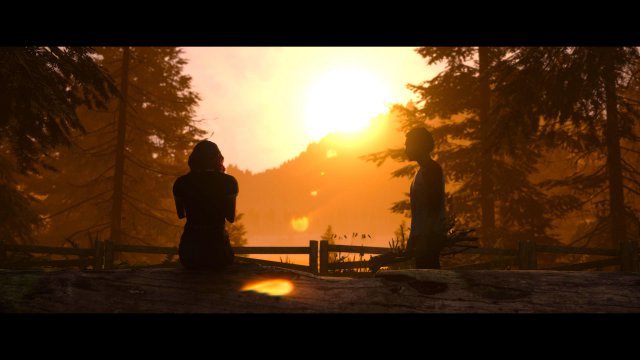 Abigail likes to draw in her notebook, but she’s also not averse to a fling with Nick.

Cars that don’t start at all, tires spinning in the mud, doors that close by themselves. Tender love relationships that end unhappily and always new reasons for the group of protagonists to split up. In addition, phones that don’t work or cell phones with no reception, the pretty ugly girl, the conservative but clever virgin, the alpha male, the nerd. And of course just walking through the dark forest, only to ask yourself seconds later where you are – all of this was and still is gladly accepted. Oh yes: residents of remote rural regions are always disfigured and bloodthirsty rednecks anyway!

shadows in the dark

The entry into The Quarry can only be described as successful with regard to the templates, the first few minutes immediately captivate the player. Two teens in love but scared in a crashed car, a dark forest complete with a ghostly apparition cleverly shown for just a few frames. Hectically you jump over tree roots via QTE and dive under sharp branches, the flashlight sparsely illuminates the frightening surroundings. In addition, there is a shady cop (Ted Raimi) with the popular backwoods authority and a surprising end to the chapter that guarantees goosebumps. This is what good horror movies look like to play along with! Unfortunately, nine more chapters now follow, most of which can’t be decorated with such merits. More on that soon… 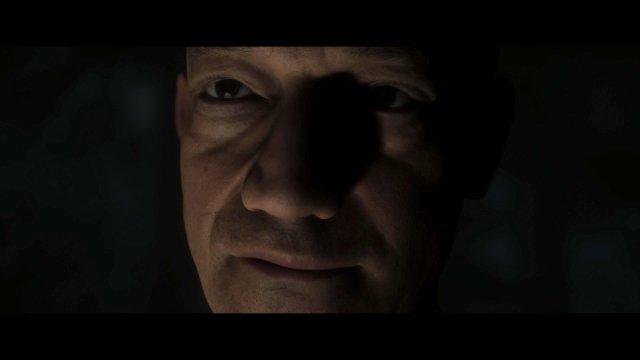 With summer almost over, the teenage educator squad is getting ready to leave Hackett’s Quarry vacation camp. Muscle builder Jacob (Zach Tinker) is lovesick, his ex-flame Emma (Halston Sage) makes fun of it, cool Kaitlyn (Brenda Song) has a few light-hearted quips up her sleeve, baby Abigail (Ariel Winter) is kind to everyone and Nerd Ryan (Justice Smith) has ducked under the porch to listen to his podcast. Dylan (Miles Robbins) and Nick (Evan Evagora) are still considering whether they are gay, the grumpy camp owner Chris Hackett (David Arquette) has no time for such nonsense and just wants to get rid of the brats as quickly as possible.