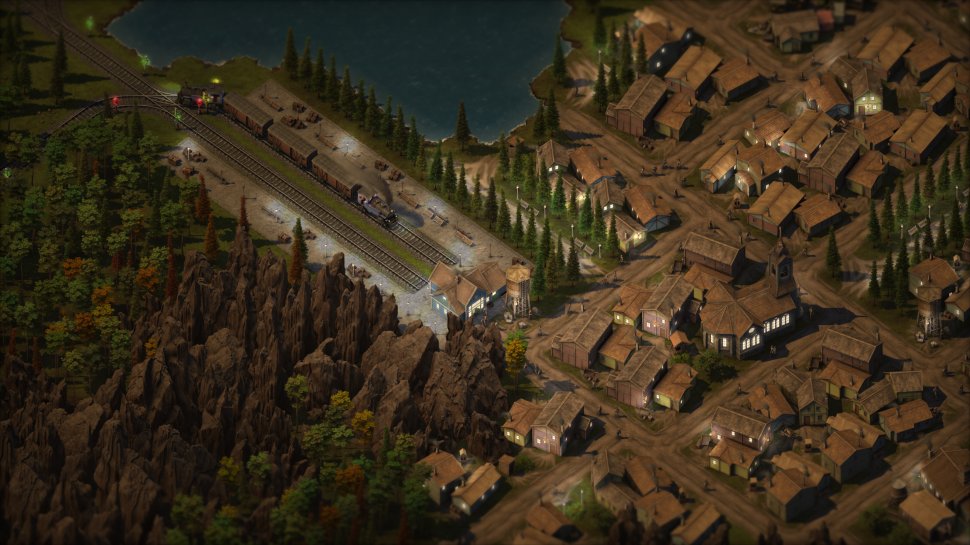 06/29/2022 at 2:41 p.m
from Thilo Bayer –
The promising Sweet Transit, which wants to inspire as a railway-based city builder, has a release date for Steam Early Access. There is also an overview of what changes the developer wants to make to the game.

We already reported on Sweet Transit at the end of 2021, which is said to have some special features compared to other city building simulations. A lot has happened in the meantime, let’s summarize.

The date for the is now set Launch into Steam Early Access. Already on 28.07. the start should take place, i.e. in a good four weeks. Early access has no specific end, but should be developed by one-man developer Ernestas Norvaišas for as long as necessary. Ernestas was once involved with Wube Software at Factorio and was able to secure a well-known publisher with Team 17.

The first improvements are based on the findings from the Sweet Transit demo, which was distributed to interested players at the end of May as part of the Steam Next Fest. By the end of July, the graphics, the balancing of the endgame and features, among other things, are to be improved. The list of changes is enormous. It should be noted that Early Access should only contain around 50 percent of the finished game. Many systems are still under development, some of them “are far from finished”. For example, there is still “no trade, no real warehouse management, no story and no events”. These items cannot be added until the base game “works completely as intended”.

The Sweet Transit demo definitely brought a lot of constructive feedback. Most of the issues or features raised will be addressed in the Early Access release. This should make getting started a little easier than in the demo. There are also significant changes to the rail system, the user interface, the building distances or the way the train is routed.

See also  Stalker stalks popular Twitch streamer: "Waited at Starbucks every day for over a month"

In Sweet Transit, players start with small villages that are to be grown into large metropolises. The only means of transport and expansion is the railway. As time progresses, players will live through eras such as the introduction of steam power and the invention of the internal combustion engine. The goal of the game is to become an industrial pioneer and make your population happy. Sweet Transit is said to offer full mod support from day one.