These tropical countries could be the filming locations 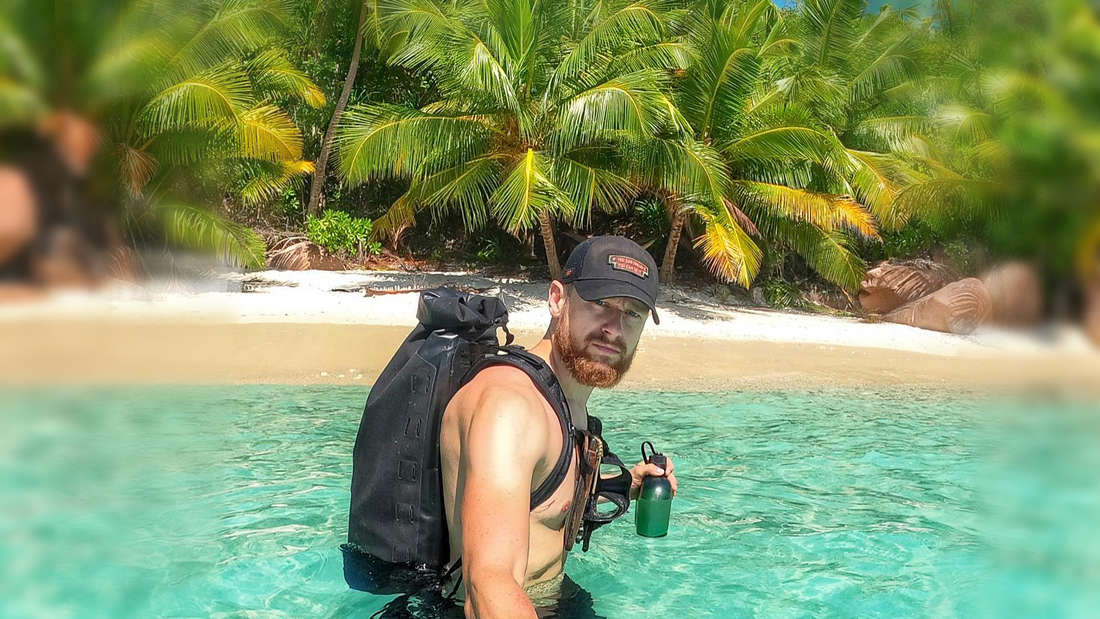 The second season of 7 vs Wild with and by Fritz Meinecke will start soon. But on which tropical island do the candidates have to survive?

Hamburg – 7 vs. Wild is an outdoor and survival show that was first broadcast on YouTube last year. The inventor of the reality format, Fritz Meinecke, has now announced that there will be a second season that will take place at a new location. There are some clues as to where the location for the new episodes of 7 vs. Wild might be.

When announcing the second season of 7 vs. Wild on YouTube, Fritz Meinecke himself said that he wanted the survival show to have a “Robinson Crusoe feeling”. As in the book of the same name, we associate this place with the tropics, i.e. areas that are located around the equator. Although there are different vegetation zones in the tropics, most people associate them with rainforests, turquoise waters and white sandy beaches.

Since 7 vs. Wild is expected to be broadcast on YouTube in November and December 2022, it is of course not bad if we are provided with such scenes in the cold winter months in Germany. Also the contrast with Sweden, which was the location of the first season of the outdoor series, would be nice.

What does a location need to offer in 7 vs. Wild in Season 2?

A location must meet a few basic requirements in order to be used as a location for 7 vs. Wild Season 2. Most importantly, participants are actually in the wilderness. So there should be no “civilization” in the broadest sense in a larger radius (ideally a few kilometers), since the participants are on their own.

Furthermore, the area of ​​the location must be large enough that the participants do not suddenly run into each other. This was solved in Sweden by the many uninhabited islands and stretches of sea where the participants were abandoned.

Nevertheless, the location must be easy and, above all, quickly accessible for the 7 vs. Wild security team so that participants can be picked up quickly in an emergency. The respective locations should therefore be able to be reached by the team on land or water in 15 to a maximum of 30 minutes. Of course, a helicopter or seaplane pick-up would also be possible.

This point is particularly important in this season, as less experienced candidates could also be among the participants. For example, Fritz Meinecke invited the Twitch streamer Knossi to take part in the survival format. But there are other well-known figures in Season 2 of 7 vs. Wild who are considering participating.

Ownership is very important for a suitable location. Is it a government or private property, or even an island that not everyone is allowed to enter? Here the 7 vs. Wild team has to clarify beforehand to what extent the participants can move freely around the location.

What is the best location for 7 vs. Wild Season 2?

There are several options for a location for season 2 of 7 vs. Wild. However, there are already indications as to which location Fritz Meinecke might have chosen for his participants. Some time ago, the outdoor expert published some pictures and a video of a tropical island on Instagram. Resourceful fans recognized the location of the video and identified the island of Praslin in the Seychelles. A spectator had even recognized the beach in question.

However, the Seychelles could prove to be a difficult location for 7 vs. Wild Season 2. Many islands there are either relatively densely populated or belong to holiday resorts. Although the islands of Filicite and Marianne are virtually uninhabited, they are so small that a maximum of 2 participants could fit on one island. Which locations and places are still possible:

Of course, there are many other options for the location of 7 vs. Wild, but these locations definitely lend themselves to the outdoor format in the tropics. Some fans assume the Caribbean is the location, but there is hardly a beach without a house or hotel, so these countries and locations can almost be ruled out.

See also  Stray: All Trophies Guide - All the achievements for the Platinum Trophy

Islands near Panama as a possible 7 vs. Wild filming location in Season 2

A tip from a user with us is very sure that the second season of 7 vs. Wild will take place in Panama. Here, among other things, the island “Isla del Rey” or one of its smaller neighboring islands would offer itself. Even better for an undisturbed survival experience is the “Isla de Coiba”, which is almost uninhabited. However, an extra filming permit is required here, since it is a national park. Both groups of islands are in the Pacific Ocean. On the other side in the Caribbean Sea is the archipelago “Bocas del Toro”, which could also be an option for the outdoor series.

The “Panama theory” is supported by the fact that Robert Marc Lehman said the following in his video when he rejected 7 vs. Wild: “I still have an unfinished business. With a jungle of this earth and by the time Season 2 of 7 vs. Wild is filmed, I’m sitting around as the crow flies and at 3,000 kilometers to the south-east I’m already in another jungle.”

Anyone who is familiar with geography or takes Google Maps and hikes from Panama or the Caribbean to this region that Robert Marc mentioned would be in the Amazon. One of the largest and least populated jungles in the entire world.