WoW: Preparing for WotLK Classic – this is how you farm gold in TBC Classic now

WoW: Preparing for WotLK Classic – this is how you farm gold in TBC Classic now

In our Guide for the best preparation for Wrath of the Lich King Classic we have already summarized what you can do now to prepare for the upcoming Northrend adventure. One point should be high on the list of many players: save as much gold as possible. For example, for the Cold Weather Flight License (1,000 gold), activating the Dual Talent Allocation (1,000 gold), purchasing the Traveler’s Tundra Mammoth (20,000 gold), the expensive Dalaran Rings (about 8,000 gold plus later upgrades), or early crafting of strong armor or weapons of various professions.

But we have been in the final phase of the TBC Classic era for some time now. Sunwell-specific items and consumables are falling in price, and resources like man thistles or the special fabrics of the tailor specialists, you don’t get as much gold as you did a few months ago. In this guide, we want to tell you how you can still earn good gold in TBC Classic.

We had already reported several times in the Classic era that how important the gold DKP meta was on many classic servers and how grossly this meta has impacted gameplay and economy. Back then, there wasn’t a more efficient way to get gold than participating in a successful GDKP run in the current tier raids. The move of Orgrimmar and Co. to Shattrath hasn’t changed that on many servers. Even now you can bag several thousand pieces of gold per run with a relatively short investment of time. The real challenge is to get a place in such a GDKP run that can successfully lay the bosses and then have a little luck with the loot.

Another point in our guide mentioned at the beginning relates to leveling up new “main chars” or (profession) twinks. However, most players don’t feel like spending too many hours on the well-known quests. It is much more time-efficient to be boosted by high-level characters in selected dungeons. And because many players know this and are willing to pay for this service, boosters can rake in a large amount of gold with their mages or protection paladins.

What are your hopes for the new demon hunter talent trees coming with WoW: Dragonflight?

Wow: Alliance Hall of Fame is full – but still open

Although the Alliance Hall of Fame in WoW is full, successful guilds continue to earn achievements and titles.

Not only new characters are currently being leveled in TBC Classic, the professions of the Azeroth fighters also want to be brought into shape. With a view to WotLK Classic, the focus is of course on the manufacturing professions, which will also offer particularly strong advantages in the coming era. Especially exciting is the new profession of inscription (since many people want to make a fortune selling glyphs in the first few weeks), which has to be learned from scratch. And what do you need for the scrolls? Sure, pigments, and therefore also herbs from all level areas! Even farm rounds in the old classic zones are currently worthwhile. Wait until inscription can be leveled before selling the herbs. 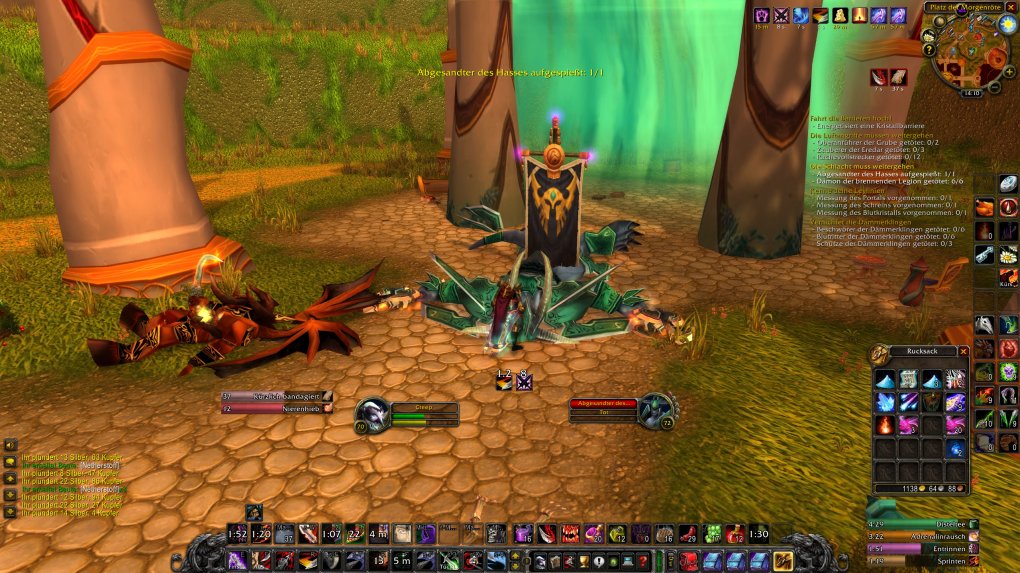 WoW: You can currently earn enough gold for WotLK Classic in TBC Classic just through the daily quests on the island of Quel’Danas.

Do your daily quests every day

The Youtuber Classic WoW (buy now ) Curios has been making about 10,000 gold per week just from the Burning Crusade Classic daily quests for the past few weeks – that’s what he claims in this video. This should not have been the maximum by a long shot. Anyone who goes through the daily ordeal with several characters can only make even more gold through the repeatable orders. The nice thing about this gold farm method is that it can be adjusted downwards just as flexibly. Nobody is forcing you to do the full 25 dailys a day. If you only have time for five or six quests, you’ll earn quite a bit of gold. In addition, there is now a nice selection of different daily metropolitan areas such as the island of Quel’Danas, the Ogri’la in Blade’s Edge Mountains or the Sha’tari Skyguard in Terokkar Forest.

Do chest farm rounds in Netherstorm

There are a number of chest spawn points in the Netherstorm that you can smoothly make your rounds between to scoop up their contents (you can view all chest locations via addons like GatherMate2). In this way, ores, herbs, green and gray items beckon, but also lots of mana potions, which you can still get rid of for a decent price in the auction house of many servers. Of course, if you’ve also learned herbalism or mining with your character, the gold-per-hour rate increases even more. The Youtuber Studen Albatroz has only recently a video about this farm strategy did. 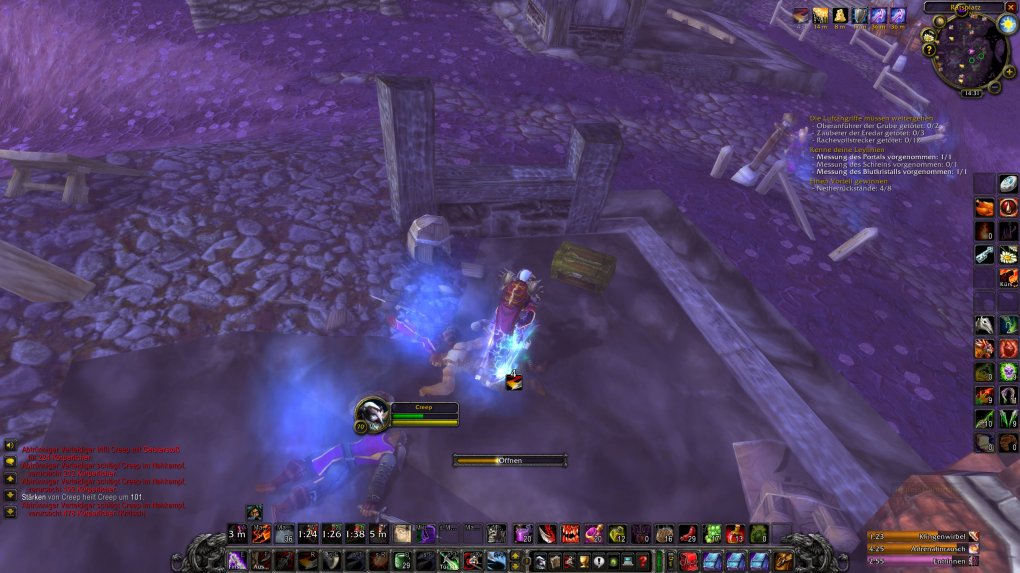 WoW: Don’t leave a chest in the Netherstorm. Even targeted chest farm rounds are worth it.

Some of ours old gold farm spots from Outland are no longer as lucrative as they were in the first TBC Classic phases. However, we can still recommend the Legion Fortresses in Shadowmoon Valley from the guide. The warlocks there drop among other things Devilish Weapons, Mark of Sargeras and lots nethercloth. The reputation items in particular can sometimes still be sold for good gold, as some players are currently preparing for the introduction of the success system. And since the spawn rates are high, it doesn’t matter if there are other players in the area.

Garmin Philip
See also  Most Expensive Edition of FIFA 23 Was Virtually Free for 15 Minutes: "Hopefully I Can Keep It"