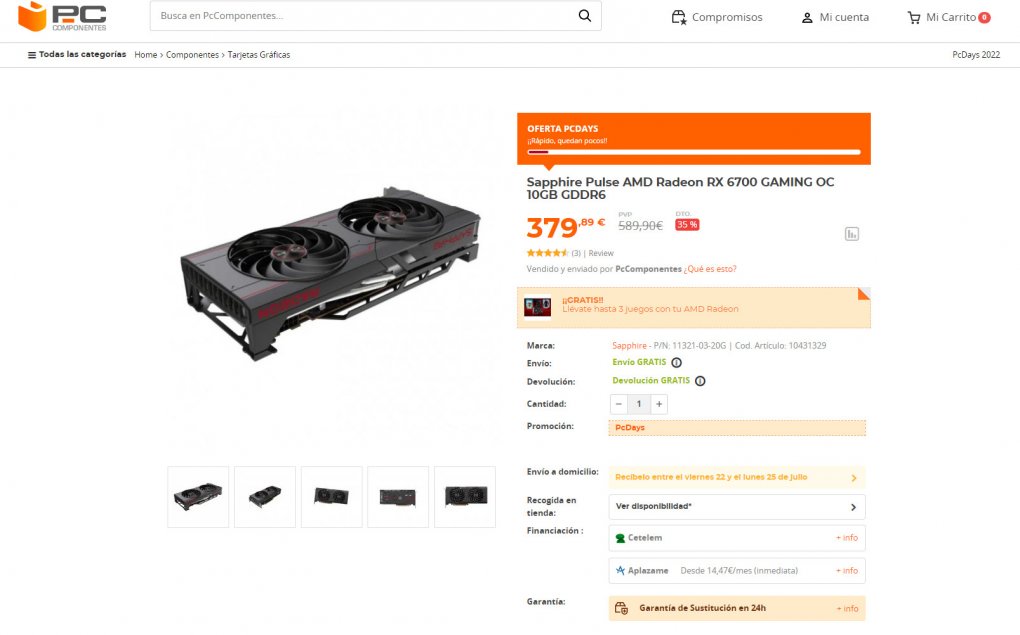 07/10/2022 at 3:30 p.m
from Maximilian Hohm –
Sapphire’s Radeon RX 6700 Pulse 10G is already being sold in Spain for 380 euros. This makes it cheaper than a Radeon RX 6600 XT, which offers less memory and is slower. At this price, it could become a recommendation for price-conscious gamers who still demand decent performance. Read more about this below.

So far, only models of Sapphire in Pulse and Dual design are known, which are sold not only in China, but also in France and Spain. Most recently, around €570 was called for, which is significantly more expensive than current offers for the faster RX 6700 XT. However, the Spanish supplier PC Components has now made an offer where the Sapphire RX 6700 Pulse can be bought for €380, which could make the card very interesting and cost a little less than that RX 6600 XT in our price comparison.