The crown jewel of the World of Warcraft franchise is the “Classic Trilogy”, i.e. the base game, The Burning Crusade and Wrath of the Lich King, which has been published in a new edition since August 2019. The final installment, Wrath of the Lich King Classic, is rumored to be released in September 2022. The great story with many iconic characters, legendary instances like Ulduar and the classic MMO gameplay with successively expanded talent trees (31, 41 and 51 points) should ensure a massive influx, not only among veterans. From level 1 to 80, players experience each of the three parts largely in their original form, which makes for an excellent overall impression. In addition, the death knight is the first new class, which is still very popular today.

WoW Classic: Naxxramas begins July 28th in the Season of the Championship

The Season of the WoW Classic Championship will culminate on July 28, 2022 with the modified raid Naxxramas.

Wow: The most beautiful paladin armor recreated with modern graphics

Even years later, this set for paladins in WoW is the ultimate for many fans. A 3D artist has now recreated it beautifully.

Blizzard’s preparations for the launch of WotLK Classic 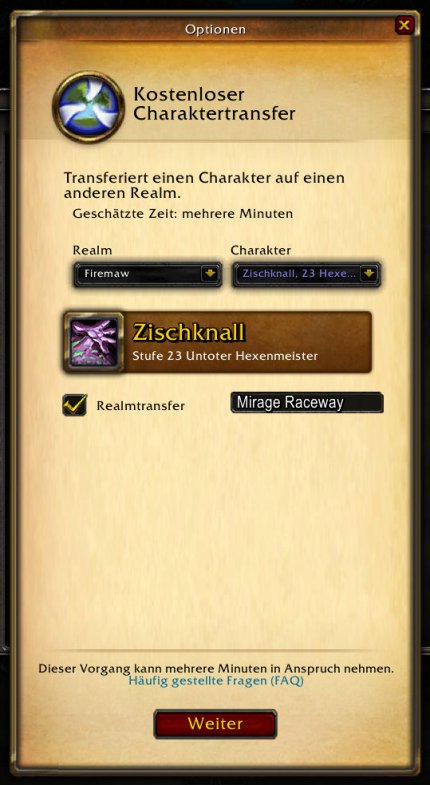 
Towards the end of the TBC Classic era the population numbers on the classic realms are extremely unbalanced – In addition to many ghost servers, there are only a few mega servers. To counteract this, Blizzard has the big one, for example EU server Firemaw closed and currently offering free transfer options to smaller realms. As a further measure, on August 10, 2022, a total of 20 realms shut down and their remaining players automatically distributed to other realms with higher populations – RP servers included. In turn, go with the WotLK Classic pre-patch fresh tier 1 servers live, which, however, have framework conditions: All players start here with new characters at level 1 and are not allowed to upgrade their character on these realms via service for at least 90 days. Also, the fresh realms will not be available for character transfer destinations for at least 90 days, and death knights cannot be created without a level 55 character on the same realm.

See also  Fraudsters are cheating you in the name of booster dose, keep these things in mind

the WotLK Classic pre-patch phase should last at least two weeks and at most six weeks. The current trend is three to four weeks. A few weeks before the 3.4.0 pre-patch for WotLK Classic, a Experience points buff can be activated and be available to you for at least six to eight weeks, i.e. until the day of the WotLK Classic release. Taken together, all of the measures mentioned here should ensure a smooth start to the new edition of the most epic of all WoW expansions.

Which TBC Classic servers do you currently recommend?

Despite the new WotLK Classic servers with a fresh economy, many will probably stay with their current main character, because on the one hand, 70 levels (plus crafts) are not trivial despite the XP buff, and on the other hand, the gold for the expensive riding skills and mounts needs to be farmed first.

When WotLK Classic goes live after the beta in autumn this year, layering of currently heavily populated realms will certainly be an issue again. Experience has shown that many players initially prefer to accept login queues rather than waiting a long time later for dungeon and raid groups or auction house sales. So you can assume that currently full servers will be full to the brim and many servers with a high population will be full.
Tip
It is to be expected that it will be similar to that Pass to the Dark Portal at the launch of TBC Classic there will also be WotLK Classic Deluxe Editions in the Blizzard Store, which will then have a Level 68 character boost include.The faction balance is also of particular importance on PvP realms, because here you can’t simply check out via the war mode switch like in “Retail”-WoW if the other side is in the majority again. You can find out below which servers are particularly recommended from the points of view mentioned at the moment.

The above servers currently have one medium population and experience has shown that they will fill up very quickly after the launch of WotLK Classic. In general, it can be said that the PvE realms are clearly outnumbered and the selection is correspondingly small. If you want to play on one of the PvP servers, wait until after August 10, 2022 when the realm merge is complete to make your choice. No recommendation can be made here at the moment (this article will be updated shortly). If you still want to start immediately on a PvP or another PvE server, Find the current population figures and the respective faction shares here. What server are you playing or planning to play on? Let us know in the comments!