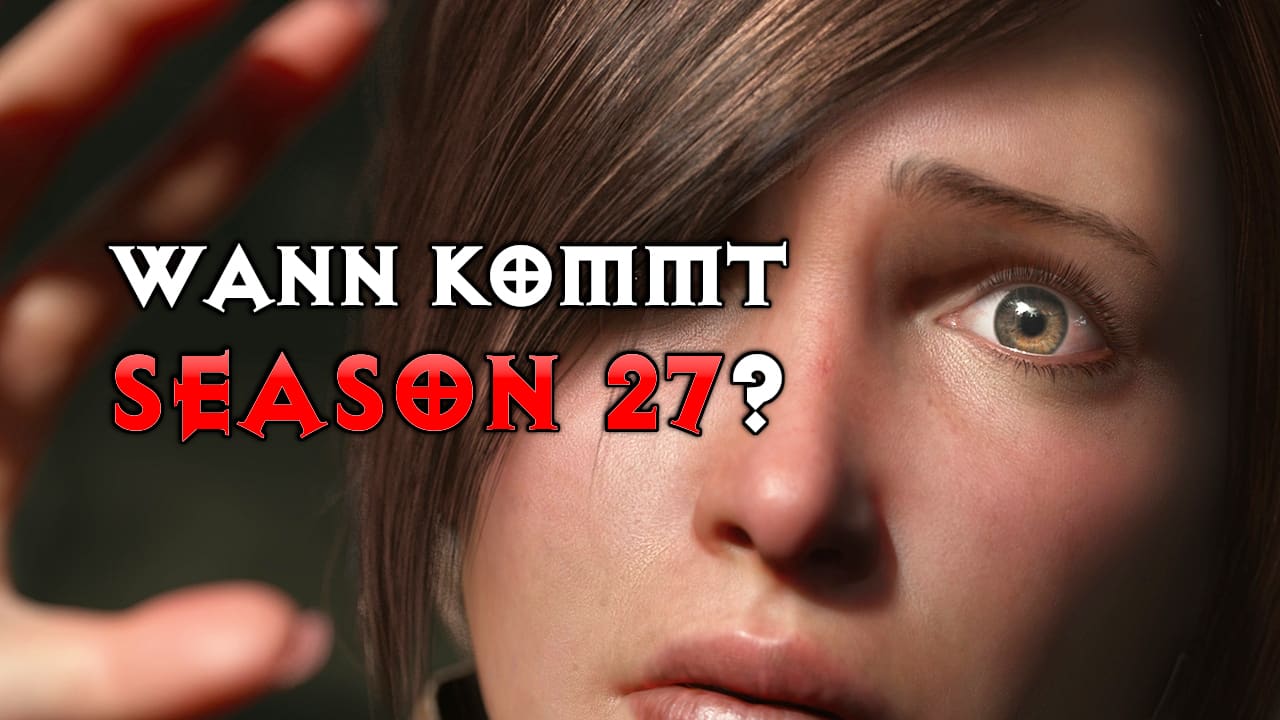 Blizzard has extended the testing phase for the new season 27 in Diablo 3. That means you have to wait a little longer for the start. MeinMMO reveals when you can expect the release.

When is the release of Season 27? After not much is happening in the Season 26 ranking, many fans are now waiting for Season 27. However, Blizzard has announced that the PTR test will be extended. This now only ends on August 8th.

There is no specific release date for Season 27 yet, but since the seasons always start on a Friday, possible dates are:

The Diablo expert jessirocks suspects the same data in his YouTube video.

The PTR was originally supposed to end on July 28th, meaning the season would start in late July or early August. Due to the postponement, Season 26 now lasts 5 months and thus significantly longer than the previous seasons.

Incidentally, the beta of Diablo 4 has already been found in the client, but it should currently only be for internal tests. You can see the trailer for Diablo 4 here:

That’s why the season was postponed: Even if no specific reason was given, the new season theme should be the reason. In Season 27, all classes can get new bonuses, but they are far too strong in their current state.

Many of the new talents ensure that opponents are either killed instantly or take massive damage. This is currently causing teams of 4 to melt through the Greater Rifts. The leaderboards are full of teams at max level 150 with under 2 minutes.

Even the solo rankings are filled with successful runs to level 150 in almost all classes, as jessirocks shows in the video. The talents will probably have to be adjusted or completely replaced before Season 27 can go live.

What’s in Season 27? The theme of the season will be a special dust that will allow you to “awaken” your items – a system similar to that in Diablo Immortal. From level 70 you can farm this dust.

If you then use it to awaken an item, the stats will be rerolled and it will receive an additional talent from the list of new talents – which are currently too strong. The talents each strengthen one of your skills and the builds are then usually built around the corresponding skill.

If you’ve already played Season 26 enough and need alternatives until next season, we have a list of alternatives for you:

Games Like Diablo – Who Needs Diablo 4? Here are 11 current alternatives