ELoTRiX in shock after bad sunburn 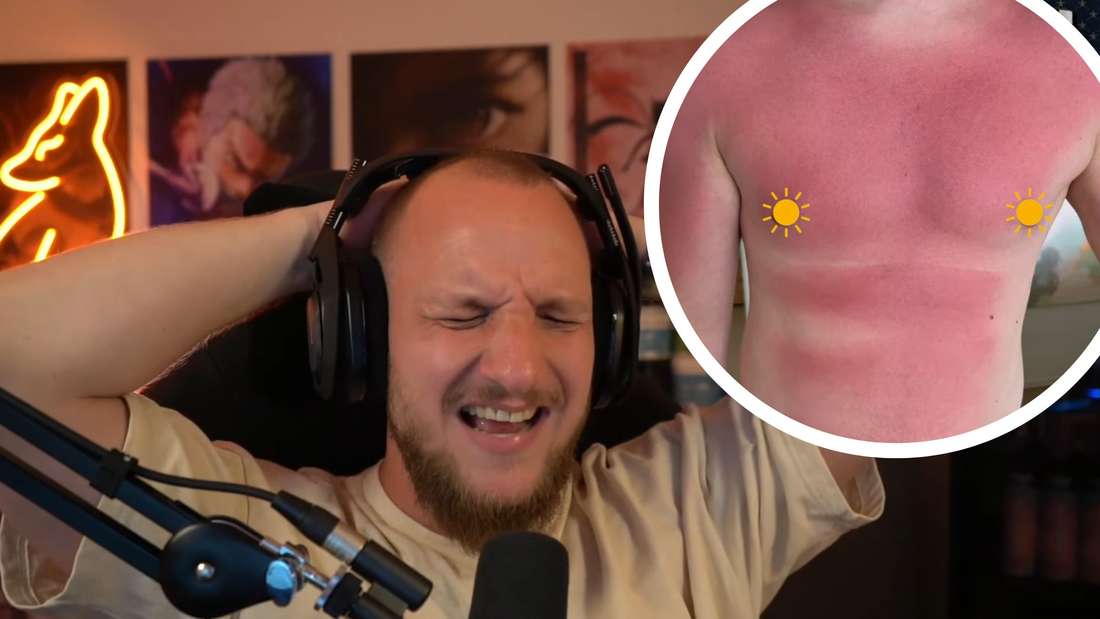 ELoTRiX told viewers of his Twitch stream about the worst day of his life. A sunburn was to blame, for which he even wanted to call the ambulance.

Ulm – ELoTRiX is one of the largest Twitch streamers in Germany. Now the Let’s Player reported on the worst day of his life. He only recently experienced that when he got a bad sunburn. ELoTRiX was even about to call the emergency doctor. You can read the whole story here – how is the streamer and YouTuber doing now?

That happened: In a YouTube summary of his Twitch stream, ELoTRiX told of a momentous trip to the sun. When he wanted to rest after a session in the swimming pool, he fell asleep on his air mattress for several hours. The result: a blatant sunburn on the chest. “The day after I laughed with you in the stream – on Sunday it started. It was insane.“ For ELoTRiX, the day turned out to be the worst in his entire life. Probably even worse than giving up 600,000 euros – ELoTRiX recently rejected such a deal. It wasn’t the streamer’s first bad sunburn, however, as a 2015 tweet reveals – is he learning this time?

ELoTRiX wants to call an emergency doctor: According to ELoTRiX, in the morning his skin burned and itched to the point where he couldn’t help himself. “I touched it to make it better for a moment, but it only got worse. I’m not exaggerating here, I had a panic attack and was hyperventilating.” The streamer was so distraught that he even wanted to call an ambulance: “I wanted to say that I’m burning.However, he decided to reach out to his ex-girlfriend, whose father is a dermatologist. He immediately gave him prescriptions, and his girlfriend even brought them home for him: “I have never felt so supported.“

ELoTRiX with an important message – can even laugh again

This helped him: ELoTRiX was constantly in the shower until his ex-girlfriend arrived, running cold water over his torso: “Because otherwise I couldn’t stand it.Only the prescribed creams gave the streamer relief. The next day he was feeling much better: “I felt like I was born again – it’s amazing what our bodies can do.At the end of his story, he still has a very important message for his viewers – and he can laugh again.

ELoTRiX’ message to his fans: After the sunburn story, ELoTRiX, one of the most successful streamers in Germany, was able to laugh again: “I think back in the Middle Ages I would have thrown myself on a sword.” His conclusion of the story: “Take care of yourselves and sunscreen. I will never go out in the sun without sunscreen again.At least the Twitch streamer and YouTuber was spared sunstroke or the like, which could have had far worse consequences. At the end, ELoTRiX was ready to joke again: “I was hooked, I’ll tell you‘ said the man from Ulm, laughing.