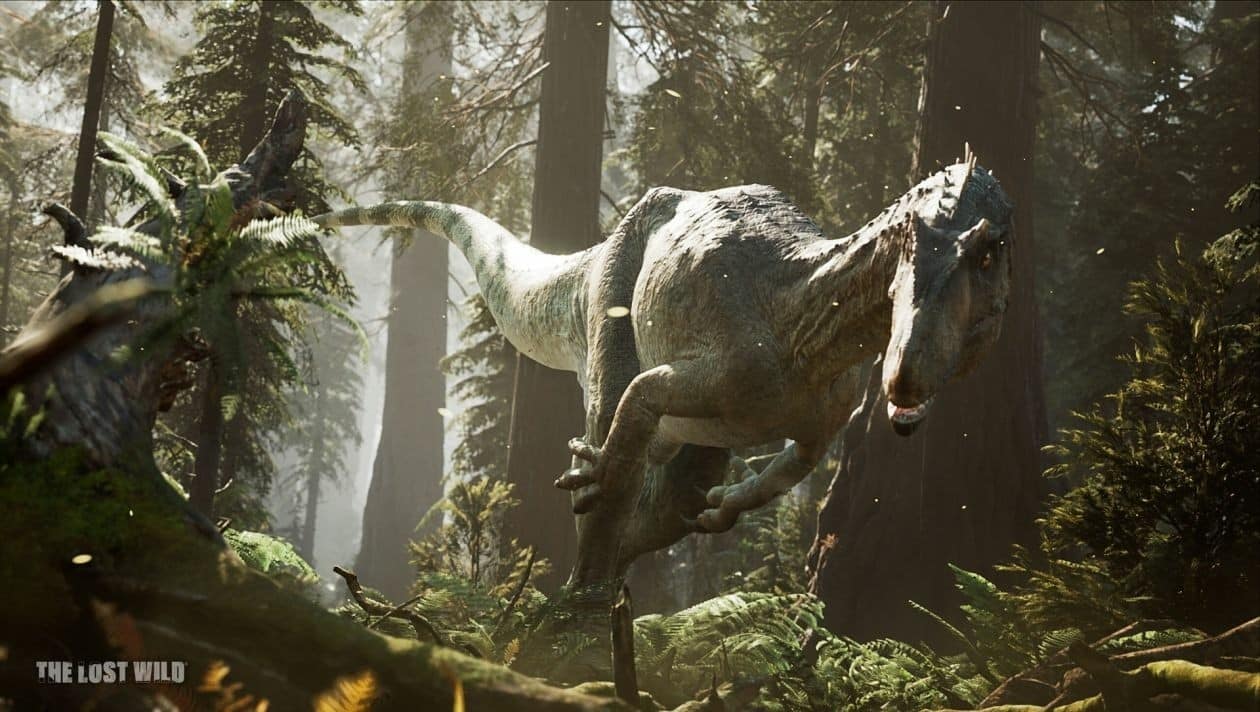 Annapurna Interactive has released a new trailer for upcoming dino survival game The Lost Wild. The game, which is reminiscent of a “Jurassic Park” to play yourself, relies on the Unreal Engine and promises a visually opulent fight for survival in the dinosaur jungle.

The Lost Wild was announced in late 2021 and is still in the middle of development. The developers give 2024 as the expected release date. The new trailer is supposed to fuel anticipation for the dinosaur thriller, in which you, as a reporter, are stranded in a mysterious jungle. Abandoned laboratories in forests full of dinosaurs the player here is a gloomy jungle with abandoned research facilities in which deadly primeval lizards roam – just like in the book by Michael Chrichton, which was filmed by Stephen Spielberg. “The Lost Wild” is supposed to be a classic single-player adventure and, according to Gamestar.de, the player lead a six to ten hour survival journey. The developers promise an “intensive cat and mouse game” with lifelike dinosaurs, in which the players have to defend themselves against the powerful hunters with rare items such as flare guns.