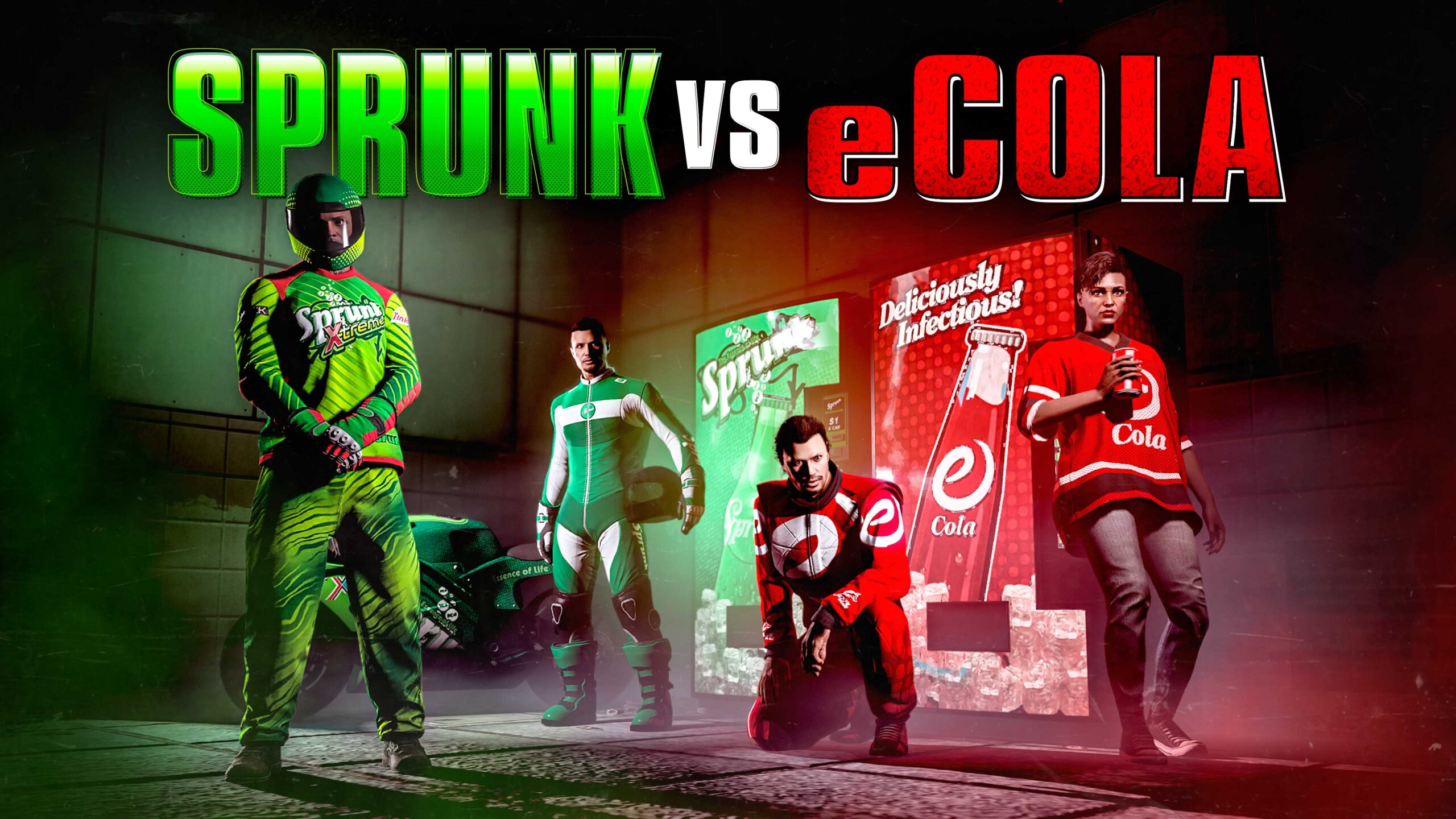 There is a beverage event running in GTA Online pitting Sprunk vs. eCola, aka Sprite vs. Cola, against each other. Players can join the appropriate crew and vote for their favorite brand. At the end, the players of the event can look forward to some cosmetics and 300,000 GTA$.

There was an alien poll in GTA Online in the past where it was purple aliens or green aliens? Now Rockstar Games is asking the important questions in life again. This time it’s all about player tastes when it comes to soft drinks. They can position themselves by casting votes and joining a crew.

In the end, all logged-in players will receive merchandise of the winning drink during the event and a bonus of GTA$300,000 on top.

Here’s a trailer for GTA Online’s The Criminal Enterprises update:

Players are spoiled for choice of drinks

What is this event? “Brand loyalty is every capitalist’s fevered dream – the perfect balance of supply and demand. But how can you pick the one true winner when there are two names claiming the throne in the caffeinated beverage market?” (rockstargames.com)

With these words begins the announcement of the new event in GTA Online. Since yesterday you can decide whether you are Team Sprunk or Team eCola. If you’re interested in attending the event, head to southern San Andreas and vote for your favorite beverage.

How to vote? You have several contact points for voting. The number of votes is not limited. You can vote at multiple locations by grabbing and drinking cans of your favorite beverage. Here you get the dons:

The following applies: Every can drunk corresponds to one vote cast.

You can find Sprunk and eCola crews in the Social Club that you can join as a member. If you are part of the team, you can work on your crew rank. This will give you crew merchandise of the appropriate brand and you can attach it to your vehicles and clothing.

In addition, there are bodysuits in the clothing stores that you can get for free. Each picked suit corresponds to one vote cast.

How long is the event? You have three weeks to make your drink statement. The voting will be evaluated after September 14th. To find the winner, the number of crew members is added together with the cans drunk and bodysuits picked up.

What’s the prize? Once the winning drink brand has been determined, all GTA Online players who logged in during the event period will receive the following rewards: A cap, parachute backpack and varsity jacket from the winning drink, plus GTA$300,000.

What events has GTA Online hosted in the past? Such voting, in which players should position themselves for a specific side, is nothing new in the game. A past event made gamers decide: will they join the green or the purple aliens?

In this context, there were already alien costumes in which the players could run around and show their affiliation.

It even became a trend to dress up and then beat up players on the other front, which at times reached quite chaotic proportions in GTA Online. However, gamers celebrated the alien battles. It remains to be seen whether the drinks fronts will also bring about similar arguments.

See also  Dragon Ball: Vegeta is superior to Son Goku in one thing

Now the most important question: are you Team Sprunk or Team eCola? Write it to us in the comments.

If you not only want to run around in style in GTA Online, but also want to have advantages, you can find information about which outfits boost you in GTA Online here.