New games for September 2022 – Game releases of the month 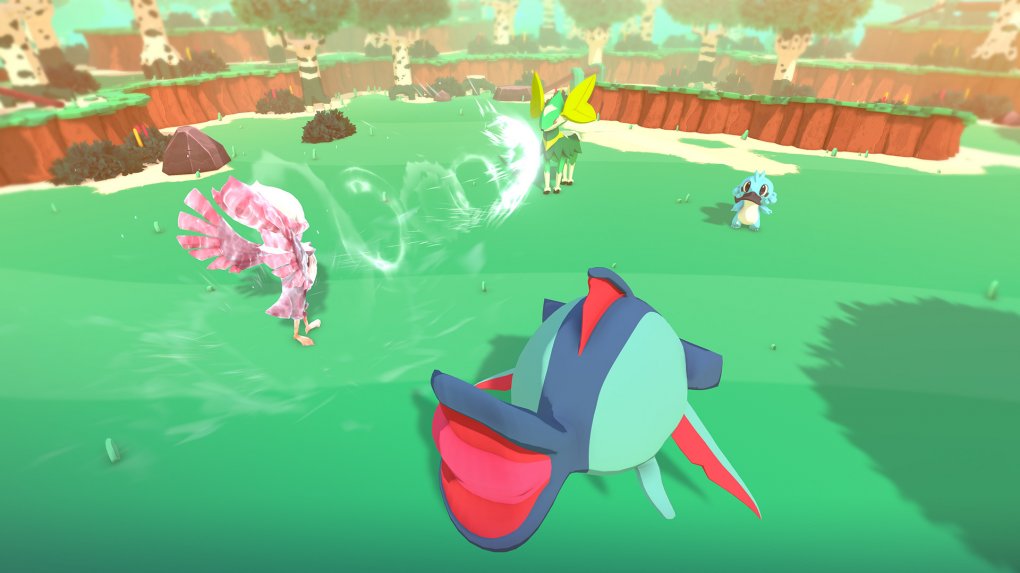 September game releases kick off! But it’s not just sports games that celebrate the release of their annual release here, there are also one or two real blockbusters. And September even begins with one of these!

The Last of Us Part I Remake

September 2, 2022 | PS5 | single player
And the blockbuster is of course the remake of The Last of Us. In the action-adventure you travel with Ellie and Joel through the post-apocalypse populated by mushroom zombies. Anyone who hasn’t yet experienced this modern classic in gaming history now has the perfect opportunity to catch up. For those who’ve played the original and maybe even the remaster, the main awaiting improvements are the graphics. In the remake, you can admire the nicer lighting and look deep into the eyes of the newly created character models. According to the developers, there are also new gameplay mechanics that are intended to bring the gaming experience into the modern age. You can find out whether that’s true from September 2nd on the Playstation 5 and a little earlier in our test. The release date for the PC version is not yet known.

September 2, 2022 | PC, PS4, PS5, XBO, XSX, NSW | Single player, co-op, online PvP
A game of a rather bizarre kind follows. Jojo’s Bizarre Adventure: All Star Battle R is fodder for anime connoisseurs with a preference for fighting games. The original manga the characters are based on has been around since the 80’s and the drawing style is unmistakable. Based on the combat system of the predecessor All Star Battle from 2012, the new part expands the ranks of fighters with tons of new warhorses who give each other one on the food board.

Made in Abyss: Binary Star Falling into Darkness

September 2, 2022 | PC, PS4, NSW | single player
Friends of cute anime characters and squeaky voices can look forward to the action game Made in Abyss: Binary Star Falling into Darkness. Many adventurers have already died searching for the abyss, but Riko and Reg have set out anyway to explore the uncharted underworld. Play in English or give yourself the absolute Nippon Flash with the Japanese soundtrack. The original voice actors from the anime are of course part of the game.


September 6, 2022 | PC, PS5, XSX, NSW | Online PvP, Co-op
Temtem wants to become Pokemon’s big competitor. Already available in Early Access for some time, the monster collecting game is now officially on the market. Travel through the Pokémon-inspired world, send your monsters into Pokémon-inspired battles and listen to Pokémon-inspired music. Also, be prepared for quite a grind if you want to be the very best. What sets Temtem apart from its template, though, is the heavy focus on online multiplayer that makes the game essentially an MMO. You can also equip yourself with a battle pass in addition to the purchase price of the game.

September 6, 2022 | PC, PS4, PS5, XBO, XSX | single player
Not a month without simulators and this time it’s the turn of the virtual train drivers. In Train Sim World 3, you transport goods across America, take care of the staff handling at English train stations, or bring German passengers more or less punctually to their destination with the ICE. With the scenario designer and the livery editor you can create your own individual journey. With the new weather system, this is even more dramatic. The detailed driver’s cabs and the wind physics should then ensure the necessary immersion. If you are a fan of the series, you can simply import the content you have already purchased from the predecessor and continue playing.