Catizens in Early Access Check: Settlers instead of Stray 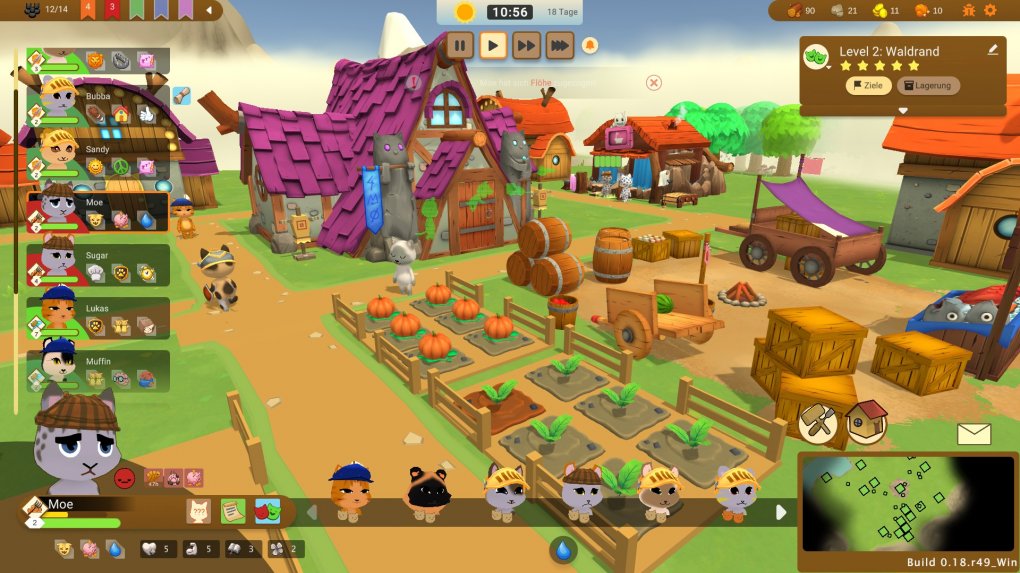 The developer studio Badopticsgames is together with Publisher HeroCraft PC jumped on the cat hype train: On August 17th, they released the Early Access version of on Steam catizensa cartoon-themed settlement sim in which you must manage, care for and protect a colony of cats from threats such as fleas, overwork and the attacks of wild boar.

During her in extremely successful adventure Stray allowed to stray to their heart’s content, Catizens attaches great importance to the exact opposite – building a permanent home for the furry ones. According to the developers, the game is inspired by games like Rimworld and the sims. In this early access check, we have tried out and compiled what the game has to offer in its current state.

Anyone who lives with several cats knows that the velvet paws are not always cooperative and do not always understand each other. This is also the case in Catizens. Successfully coordinating your colony requires far more than just meeting basic needs like food and shelter – the relationships between your residents also play an important role.

Town hall, market place and fields bring your settlement to life. You can even change the colors of the roofs.

Before you can start, you have to decide whether you want to play the campaign (which is still unfinished and currently consists of three levels) or in sandbox mode.
Badopticsgames ask yourself two out of three at the moment difficulty levels available, easy and normal already exist, hard is planned but not finished yet. After choosing your game mode, it’s on to Character Creator – or should we call it Cattracter Creator? The reference to the sims is very obvious here: first create characters, then play.

Fixed, you always start with two cat citizens who decide professions belong: a Knightto protect your colony from dangers and a architectto build your city. The two are preconfigured and have the character trait “loyal” so they don’t leave your colony at the first problem. However, you can choose appearance, skill points (strength, endurance, intelligence and luck) and two of three characteristics as you wish.

catizens offers a remarkable range of coat patterns, colors, eyes, mouths and ears. You can change the names of your founder cats as you wish. The pool of character traits for your cats is also large; For example, you can make your cat a water lover who doesn’t mind rain, or a lazy cat who stops working when she’s in a bad mood.

As you can see, not every property is good or useful, so it is best to choose practical character traits at the beginning, because residents with negative properties will come to your settlement soon enough of their own accord. 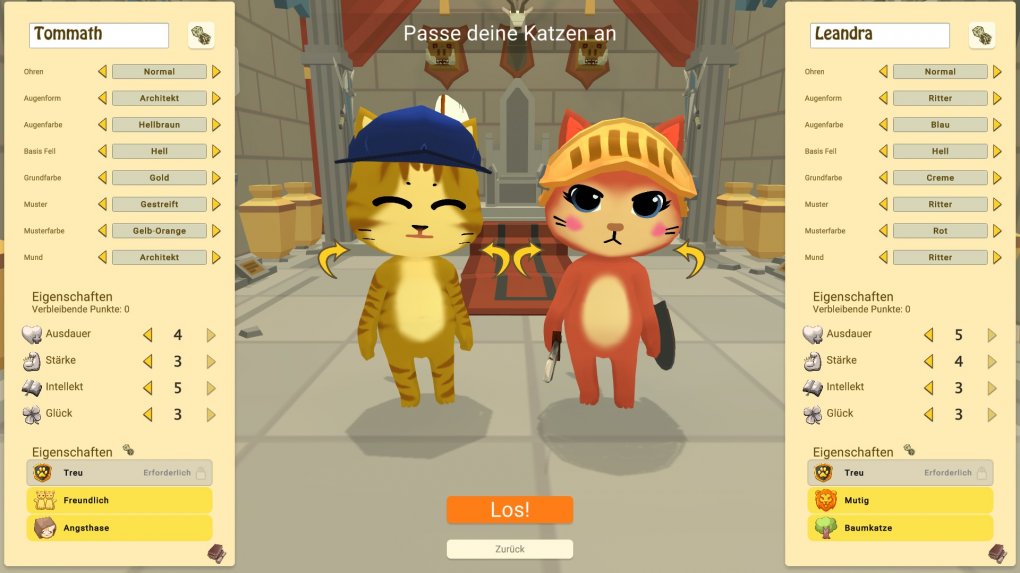 Tommath and Leandra are your default residents. However, you can give them your own touch, change their looks, tempers and names!

After you’ve created your foundation furballs, it’s like most building games the resource management your first task and potential hurdle. There is wood, stones, food, gold and various other materials such as wool and leather, which you need for equipment and building upgrades. However, not every cat citizen can mine all resources, because there are five in total jobsthat your cats can learn: Knight, Architect, Farmer, Blacksmith and Ranger. Most of these professions should be self-explanatory; Rangers act as scouts and long-range fighters, for example.

See also  No one reads the terms of service or conditions of use: In the US they are studying limiting their length