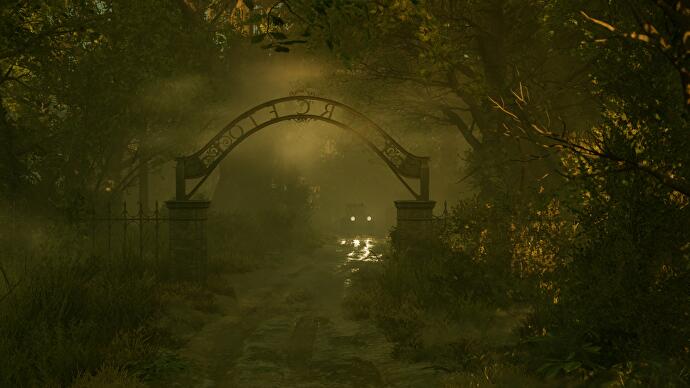 Are you one of those people who saw the trailer and were rather disappointed? I felt similar. Above all, it looks technically old-fashioned what can be seen there. And yet, after a presentation led by Game Director Mikael Hedberg, among others, and playing the currently gamescom-exclusive prologue, I am very confident that this “love letter” to the 30-year-old original could become a very entertaining horror adventure.

The main reason why Hedberg doesn’t call his game a “remake” is because the game is otherwise only a few hours long. And so the story and process were largely taken over, but at the same time expanded, so that you not only explore the well-known Derceto Manor, for example, but also travel outside of it. And while you play again with private investigators Edward Carnby or Emily Hartwood, the two sometimes experience completely different stories with their own film scenes and scenarios.

It is also interesting that this time the house is a sanatorium for the mentally ill, which could give the mystical happenings an additional dimension. In general, Hedberg, who incidentally also wrote Amnesia and SOMA, is extremely important to the narrative and the scenario of his spooky thriller. Last but not least, he wants to capture the mysteriously transfigured atmosphere of the southern states – Alone in the Dark is set in New Orleans in the 1920s – by including not only the house but also the surroundings and accompanying the whole thing with a jazzy soundtrack . When I ask him how he specifically approaches his team’s sound design, because I particularly remember the hard footsteps and the creaking floorboards from the original, he also describes that in a certain way you should be afraid of your own footsteps, because they might attract unwanted visitors in the quiet house. Sounds good!

And then I played the prologue, which serves as a short prequel to the actual game – and where I actually noticed how wonderfully telltale the floorboards creaked there. A supposed rumble in the room opposite made me sit up and take notice, curtains were gently moved by the wind and jazz could be heard during a film scene, which gave the conversation a slightly otherworldly note. And did this door actually close by itself?

This isn’t gripping horror that makes genre connoisseurs bathe in their own sweat. The fights are still a concern for me, as shooting at the stiff creatures looks extremely dull – in the trailer anyway, because since you play a young patient in the mental hospital in the prologue, there are no weapons there yet.

At the latest, however, when this Grace is transported into a distorted reality, perhaps into another dimension, and a swamp with rampant tendrils and roots sticking out of the water blocks her way on the ground floor of Derceto Manor, then this Alone in the Dark promises an old-fashioned Horror that is not defined by violence and terror, but by the pleasant goosebumps of fear of what is hidden behind the facade of romantic beauty. And I’m actually really looking forward to it for the moment!