New Tales from the Borderlands: Gameplay Reveal at PAX 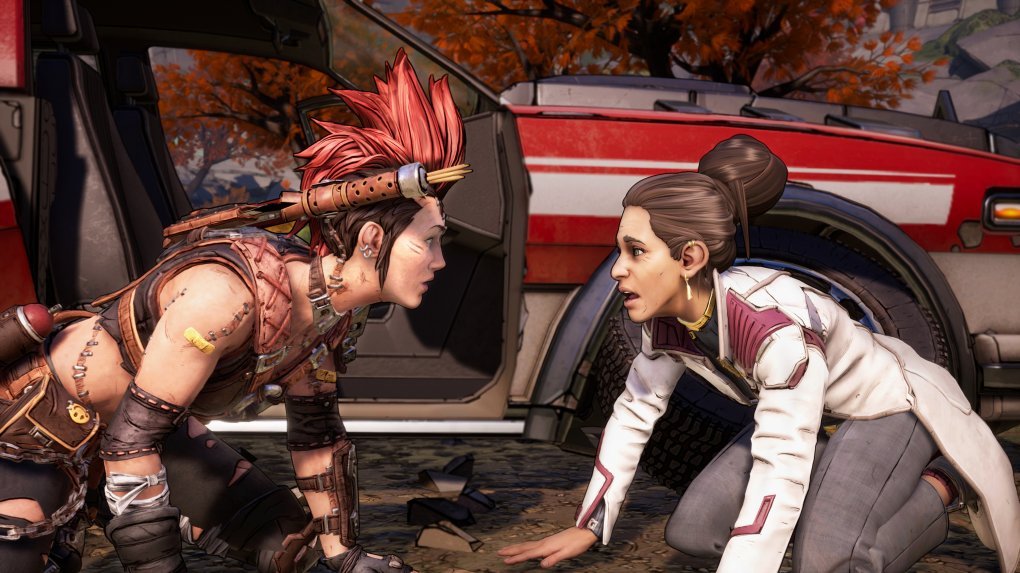 About two weeks ago, the developers at Gearbox Software announced New Tales from the Borderlands, a sequel to Telltale Games’ popular adventure spin-off. The title, which is self-directed this time, once again tells a gripping story in the universe of Borderlands shooter role-playing games, only packaged as an adventure. Accordingly, you can expect dialogues with decisions, environments to explore and a few new gameplay elements. What exactly the creators came up with to offer something in terms of play in addition to the story and its characters has now been presented at PAX West, which is currently taking place in Seattle, USA. We were also able to take a detailed look at the gameplay of New Tales from the Borderlands, commented by developers.

As revealed in the announcement, the player takes control of a chaotic trio of protagonists consisting of the scientist Anu, her brother Octavio and the Froghurt Shop owner Fran. At the beginning of the demo, the three are on the run from the henchmen of the Tediore Corporation, who have just invaded their home planet Prometheus. The squad sets off to escape the fighting through the sewers. There are discussions about the best course of action should enemy contact occur. This gives us the opportunity to get a first impression of the dialog system. As usual, there are always decisions to be made in the discussions. Which of the three characters we choose can change several times during a dialogue.

New Tales from the Borderlands: ​Gameplay Reveal at PAX (1)


While some of the decisions only change what the character is saying at first glance, others have a direct impact on subsequent gameplay. Whether we choose to sneak in the sewers or attack enemies directly will affect how the following section plays out. Overall, the developers want to give the player’s decisions significantly more weight. “As we developed the game, we expanded the choice system. We want every choice you make to feel consequential, and with five possible endings, players will discover how choices they make throughout their own adventure affect each character’s career,” explains James Lopez, Director of Production at Gearbox Software.

New Tales from the Borderlands officially announced and presented

time for a duel

Smaller quick-time sections where we have to press certain keys and directions at the right time are back. But the developers have also come up with various mini-games to make the gameplay significantly more varied. One of them is the so-called Vaultlander mini-game. Clearly, the denizens of the Borderlands universe are keen to collect celebrity minifigures – and by extension, so are the players. 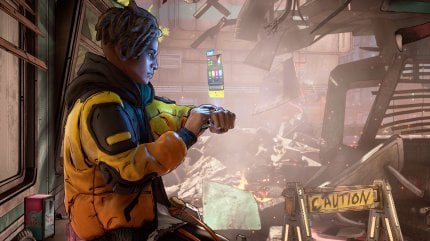 New Tales from the Borderlands: ​Gameplay Reveal at PAX (3)

These Vaultlanders can only be earned from other collectors through glorious combat. At the beginning of such a fight, we first choose which of our characters we want to compete with. The demo featured Zane, Amara, and Vasquez in the shortlist, among others. Each character has different attack and defense values.

The actual fight between the two minifigures is presented in a manner similar to a beat ’em up. However, the fighting options are rather limited. Hits are carried out with a button and attacks by the opponent must be dodged in good time. At the end there are key combinations for executing a finisher. A nice change, but which shouldn’t pose any major challenges in terms of play. However, we imagine the hunt for the various characters to be quite exciting. Especially if you want your Borderlands favorites in your collection.

James Lopez tells us about the mini-games: “We have included several mini-games, including a Vaultlander mini-game in which the player has to fight in random plastic character encounters, where the player has to attack and avoid the opposing character. Other mini-games range from solving simple puzzles to point-and-click quick-time events. There are also some crazy games, but I don’t want to give anything away”.

Talking to the developers, it also becomes clear that they are by no means familiar with all gameplay aspects of New Tales from the Borderlands (buy now €35.99 ) have shown. In addition to linear sections, such as the path through the sewers shown, there will also be spacious areas where we can explore and discover interesting things. And who knows, maybe we’ll meet familiar faces again in one corner or the other. A reunion with Rhys was already teased in the character trailer released at PAX. New Tales from the Borderlands will be released on October 21, 2022 for PC, PS4, PS5, Xbox One, Xbox Series S/X and Nintendo Switch.