Microsoft Solitaire: How a training program became a classic game 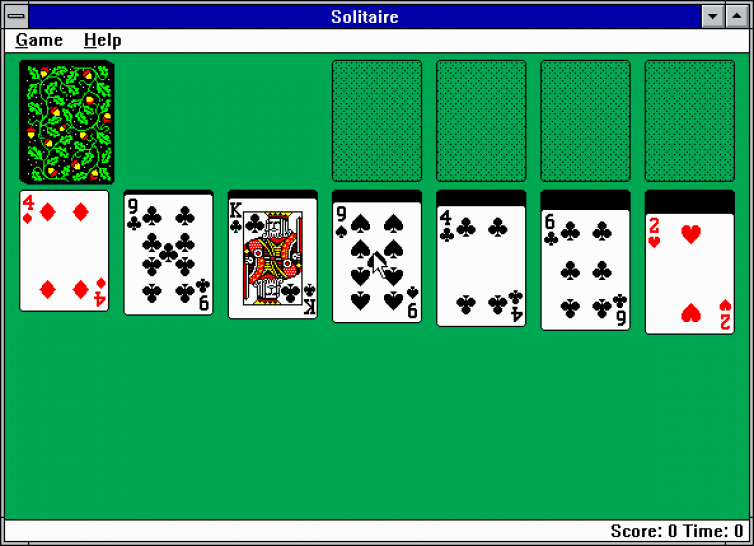 October 2nd, 2022 at 6:30 p.m
from Claus Ludewig –
Since 1990, many PC users have been playing the digital card game Solitaire. Microsoft hadn’t actually developed a game at all, the focus was much more on something else.

PC users should be accustomed to operating their computer with a mouse with the training program Solitaire. The card sorting game built into Windows 3.0 celebrated its 30th birthday in 2020. In the meantime, more than a billion Windows PCs are said to have been shipped with Solitaire. In 1990, then Microsoft intern Wes Cherry developed the digital card game. He made the game because he was having fun with the similar game Patience on the Apple Macintosh and wanted a version for Microsoft Windows.

It was originally planned to introduce Windows users to mouse operation with Solitare. After some time, the PC game caught the attention of graphic designer Susan Kare, who took care of the appearance of the virtual playing cards. Previously, Kare was responsible for the icon design of the Apple Macintosh. Microsoft founder Bill Gates only had one complaint about Solitaire, because it was too difficult for him to win.

Again and again employees used their working hours productively to play solitaire. In the first version, Cherry integrated a special function that allowed office workers to call up a fake table if someone was looking over their shoulder. Ultimately, however, this “boss button” was removed again. The classic version is about matching the card suits and getting a new deck of cards. In more modern versions you can also play for real money.

If you want, you can also go directly to the Start web browser. Within Windows 10 and Windows 11 there is the Free Microsoft Solitaire Collection. Included in this collection are the five card games Freecell, Spider, Klondike, Pyramid and TriPeaks. All achieved achievements are synchronized with the Microsoft account. There are seven games waiting to be played in the World Tour Mini Event. Although there is no longer a boss key, the key combination Alt+Tab can help to switch between different open programs.

Also worth reading: 133 years of Nintendo: console wars, technical milestones and the most successful games to date