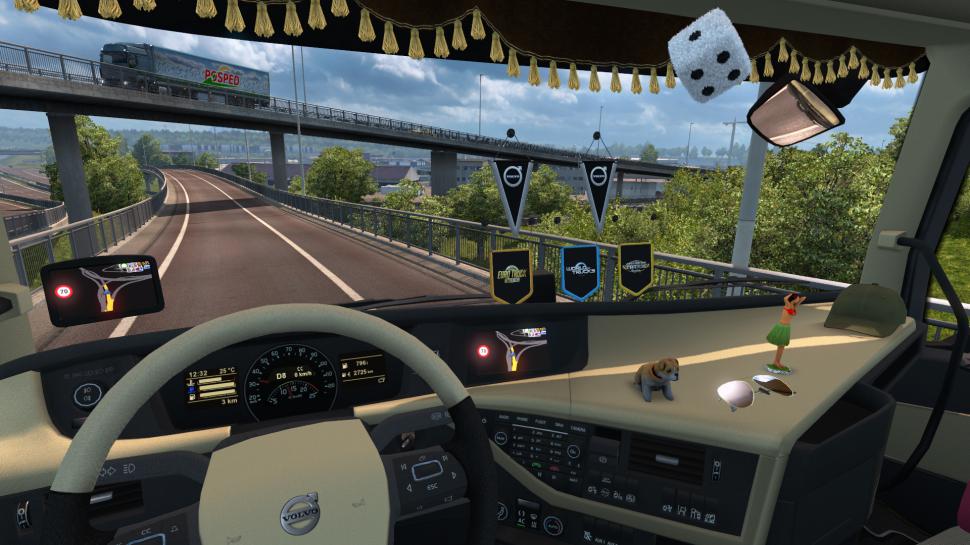 11/10/2022 at 6:41 p.m
from Rhonda Bachman –
The popular Euro Truck Simulator 2 has received a new major update. Patch 1.46 brings some new features such as the company browser, a new gallery function and the option to activate the drive shaft torque. This is intended to simulate real physical forces during acceleration.

Euro Truck Simulator 2 has been on the road since 2012, but the developers at SCS Software are still providing new updates. Patch 1.46 has just been launched and introduces some new features for the simulation. In the official patch notes for the update, the developers thanked the players who took part in the open beta and helped identify bugs and necessary changes.

Update 1.46 brings a new company browser to Euro Truck Simulator 2 (buy now €29.99 ). This allows the game to search for specific types of companies, loads or trailer types. For example, it is also possible to find out which cargo can theoretically be transported to the various cities. Another new feature is the new gallery, which contains all the images, discovered vantage points and the newly added photo trophies.

In addition, new cistern trailers can now be added to your own fleet. These can be used to transport a wide variety of chemicals. As the developers write, hydrochloric acid, sulfuric acid, pesticides, mercury chloride and much more can be transported, which is why careful driving is recommended.

Speaking of driving style: Players who want realism can now activate the drive shaft torque in the settings in Euro Truck Simulator 2. This simulates the physical forces acting on the chassis during acceleration, causing the front wheel to lift slightly. There are also some innovations for the Iberia DLC, which was released in April 2021. There’s a new settlement, some new road signs, and more custom city introductions.